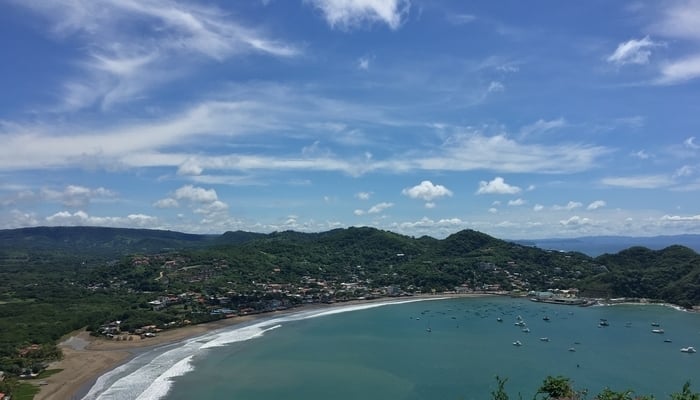 The Ortega-supporting alcadia of San Juan del Sur, Nicaragua and Intur (the Nicaraguan Institute of Tourism) faced humilation last night over a concert.

The hyped-up activity took place in the Nicaraguan beach town, but attracted few people, due to backlash against the concert. This backlash prompted authorites to promote the event as “virtual”.

San Juan del Sur was vocal in its opposition to an event like this in their town. Overwhelmingly, townsfolk said it was irresponsible during the COVID-19 pandemic.

In the face of this criticism, the Alcadia and Intur changed the live event to a virtual one at the last minute.

“They changed this at the last minute yesterday,” a local businesswoman told La Prensa. “The original invite said “Cultural Night in San Juan del Sur Bay” and then they added the word “virtual”.”

It says everything about Nicaragua right now that this businesswoman preferred not to give her name out of fear of regime retaliation.

At first, the dictatorship opted for denialism and demagoguery. Now, the Ortega-Murillo regime is covering up numbers of infections and deaths from Covid and persecuting and firing doctors who speak out about it. Our @HRW report 👇🏻https://t.co/YDvlmW7YkR

“People didn’t go out at all,” he said. “They preferred to take care of their health. Some business owners closed last night because they didn’t want to attract people to town. They worried that their customers might fill the malecon and help spread the virus. Thank God that didn’t happen.”

According to La Prensa, the streets and restaurants of San Juan del Sur were empty last night. Still, a small crowd of 15-20 people did show up for the government concert.

Onedia Lisseth Veliz is a former FSLN councilor in San Juan del Sur, who resigned in protest in 2018 over Ortega’s government crackdown.

“It’s completely irresponsible to promote and hold events like this during this pandemic. It goes against all worldwide prevention measures. Some officials I’m in contact with agree. They’ve remained silent, though, for fear of losing their jobs,” said the former councilor.

Since the start of the pandemic, the Ortega regime has been an outlier in Central America, the one country refusing to lock down.

Holding concerts and public events is par for the course for them, starting with their “Love in the Time of Coronavirus” rallies through to last night’s debacle. Vice-president Rosa Murillo, wife of Daniel Ortega boasted of Nicaragua hosting over 2,800 different public events this weekend alone.

The regime has been incredibly secretive over the scope of the COVID-19 pandemic in its country, firing outspoken doctors, burying the dead at night, and outright lying and manipulating its infection and fatality rates.

#English | “All Central American countries are reporting their data on a daily basis, with the exception of Nicaragua, alerts PAHO’s advocacy manager for Covid-19.https://t.co/J1uu5nfTXH

This article is rewritten and adapted from an article appearing today in Nicaraguan newspaper La Prensa.

After weeks of speculation, Costa Rica finally announces its long-awaited...

As beach communities in Costa Rica prepare to march, we...

Face Masks to be Mandatory in Public in Costa Rica

The Costa Rican government announced today that masks will now...