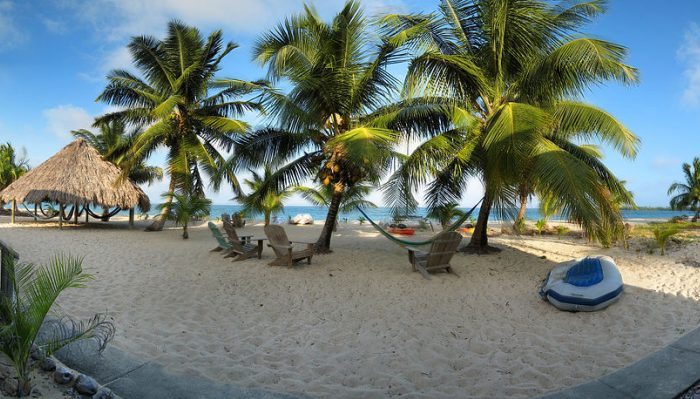 When you arrive in Placencia, Belize, you have a major decision to make. Which beach bar is going to be your main hangout? The Tipsy Tuna or the Barefoot? Local resident Gary Peterson weighs in.

The Placencia Peninsula is now known as the “Florida Keys of Belize”.

What makes Placencia attractive is its miles of white sandy beaches. The village and its infamous “Sidewalk” is busier than it’s been for years. The Sidewalk is a strip along the beach with lots of shops and restaurants.

And there’s one major decision that the new influx of people on the Sidewalk have to make. What’s the best beach bar, The Tipsy Tuna or the Barefoot Beach Bar?

These two bar/restaurants sit on the beach in the heart of Placencia, and right next to each other. Which one should you go to? And how can they compete with each other anyway? On the outside, they both look exactly the same.

Scratch beneath the surface though, and there are subtle differences.

The Tipsy Tuna has been around longer. It opened back in 2000, as a small shack. Over the years it has increased in size both inside and out and added an upper deck. Owners Gillian and Salva have created something special here. Not only on your plate or in your glass, but also with their staff. They have hired and trained some of the finest on the Peninsula, behind the bar as well as on the floor and beach. 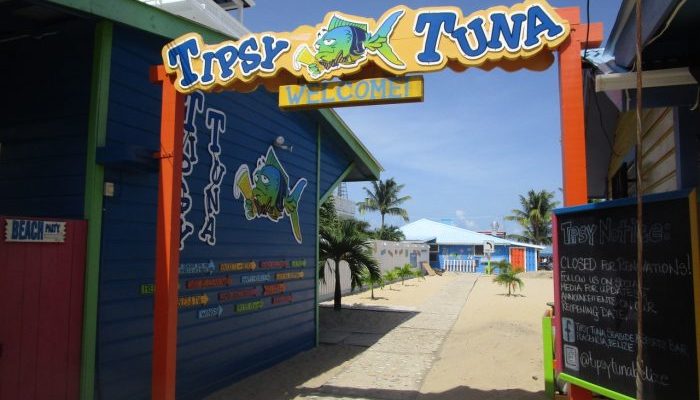 The great service and friendly attitude you find at The Tipsy Tuna can turn this place into a true home from home.

The menu offers both standard fares as well as local seafood choices. Every day finds a new daily special from the menu and/or the bar. My favorite is Tuesday’s “Five Kinds of Sushi” special. I also love Monday’s “Martini Special”. 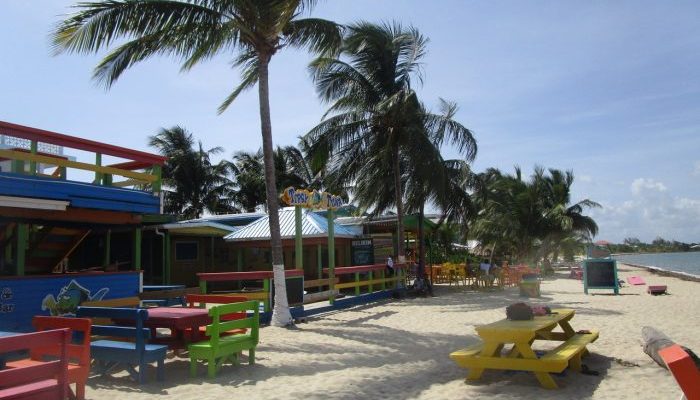 The Barefoot Beach Bar opened in 2005. Like the Tipsy, it has morphed over the years into a multi-level bar/restaurant on the sand. Owners Cassie and Bryce have turned this place into a real tourist attraction. 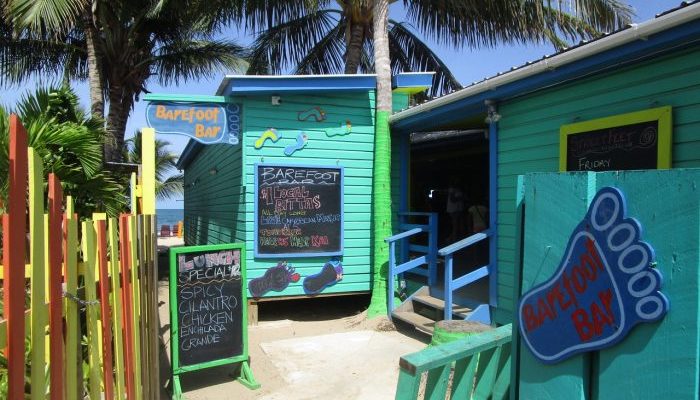 When you walk into the Barefoot, it seems like the place goes on forever. There are two levels of floor space, and two bars; one upstairs and one down on the sand. Sitting at the lower bar has the added attraction of people watching on the beach.

The food and beverage menu of the Barefoot is larger than the Tipsy Tuna’s, with an emphasis on gourmet burgers. The specials board is big enough it usually takes a rum punch or two to decipher it for a tasty decision. 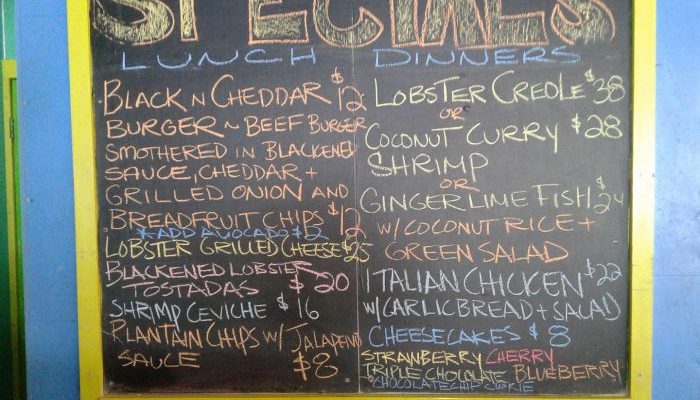 Visitors to the Placencia Sidewalk have to decide between these two bars. Signage is everywhere advertising one or the other. With tempting daily food and drink specials posted outside each entrance, it’s a dilemma.

Although they both cater to vacationers, the Tipsy Tuna entertains more local Belizeans. More than likely because local Belizeans own it. The music pumping through it is often Belizean, and you feel that urge to jump up and move.

Expats tend to frequent both the bars the same, depending on the night. 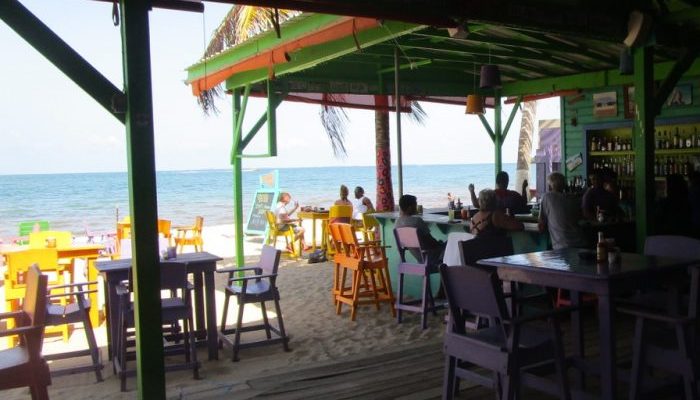 It seems there’s always something going on at these two places. There are free Zumba Classes at the Tipsy and horseshoes competitions at the Barefoot. No matter which one; a cold beer, a refreshing cocktail, exciting food, and smiling faces are part of the deal.

Social distancing and "socially distant" living are the new normal...

How Can The Costa Rican Tourism Industry Survive Coronavirus?

There's no sugarcoating it, things look bleak for tourism right...