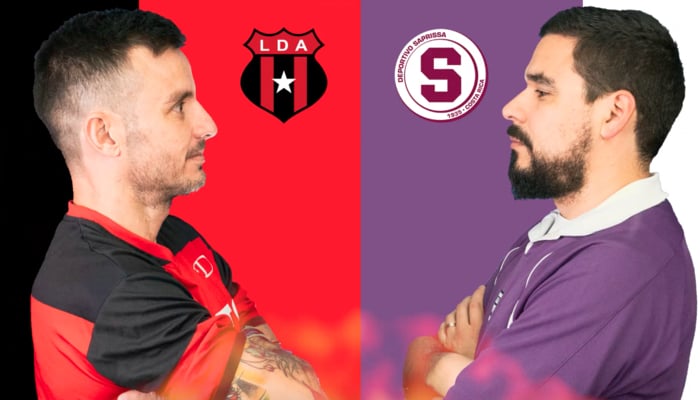 As Costa Rica football (I would call it soccer but I just can’t) restarts, we take a quick look at the rivalry between San Jose’s Saprissa and Alajuela’s La Liga with two fans of each club.

We put La Liga fan Derek Schlager and Saprissa fan Alejandro Troz together before the current COVID lockdown to discuss their differences and big up their teams. Like football fans everywhere, La Liga and Saprissa fans like to big up their achievements and belittle their rivals. So we decided it would be prudent to factcheck what they say.

La Liga last won the Costa Rican championship on Dec 22, 2013 when they beat Heredia 5-3 in the Winter League Finals. Which lead’s us to the next claim:

The Clasico is still the most-watched game in Costa Rican football, and although CS Herediano has crept up behind Saprissa and La Liga to share domination in recent years, it’s still La Liga v Saprissa (or Saprissa v La Liga that puts most bums on seats (as they say in England).

Derek’s claim that the La Liga-Saprissa rivalry goes deeper than simple points on the board: TRUE

Derek’s claim that La Liga has been better than Saprissa in the last two years (since 2018): FALSE

As someone used to one season a year where the winner is the team on top of the table with most points, I find the Costa Rican championship more than complicated. Who came up with this format? But seeing as La Liga last won the league in 2013 and Saprissa won in 2015, 2016, and 2018, it’s disingenuous to say that that La Liga has been better. Neither team have won in the past two years and it’s a meaningless statement to say one is better than the other.

Troz’s claim that when you win it doesn’t matter how many points you won by: TRUE (to a degree)

Derek’s claim that Liverpool beat Saprissa “4-0 or 4-1” in the 2005 World Club Championship semifinal in Japan: FALSE

Actually, Liverpool beat Saprissa 3-0. It was still a hammering though, with Saprissa lasting all of three minutes before Peter Crouch scored the first goal.

(Although as Troz says, there was no World Club Championship that year anyway).

From the contentious points, Troz went on to say that Saprissa is a younger club with more championship titles than La Liga, and that La Liga’s nickname is “Forever-29” as they’re stuck on 29 championships. Derek could not disagree with these points at all.

In fact Derek went on to say that the stats favor Saprissa way more than La Liga, which was magnanimous of him. Where I’m from, not many football fans are as understanding. This is why Ticos are the nicest people in the world.

So who wins here? Who’s the better team? At this point I don’t think it matters. What’s important is that football is returning to Costa Rica at last.

It’s a controversial decision to start up again, but Costa Rica needs to get normalized as soon as possible.

Even though games will be behind closed doors, it’s a major psychological boost for the country to start up again. There’s no reason why they shouldn’t and we hope to see other countries follow as soon as possible.

We hope you enjoy this little video and we hope you get behind your team, whoever it is, wherever in the world it is. We hope you’re watching them very soon in a real stadium and yes, surrounded by fellow fans. Come on!