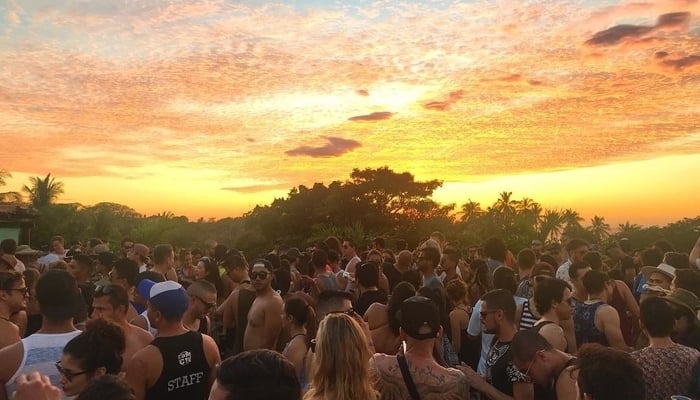 Costa Rica Welcomes The Return Of The Ocaso Festival To Tamarindo

As the Ocaso Underground Festival gets underway today in Tamarindo, Costa Rica, we welcome the return for the third year of one of dance music’s freshest, most original events.

There are many reasons to come to Costa Rica in January. The high summer season is kicking in and the weather is good. You can explore the rain forests and national parks and volcanoes in the sunshine. You can surf and hike and birdwatch. All the traditional stuff you’re supposed to do in Costa Rica. Oh yeah – and you can also party.

Many overlook partying in Costa Rica. Traditionally this country isn’t known for its club or party scene. Ibiza it is not.

But if you’ve been paying attention, you might know different. Fans of good electronic music are not out in the wilderness in Costa Rica and haven’t been for a while.

I remember parties back in the early 2000s and the scene was small but good. Those Wednesday nights at Lubnan were nothing short of legendary in their heyday.

Then Club Vertigo opened in San Jose with a killer sound system, one of the best in the world, they say. Good enough to attract major heavy hitters and power players from the house and techno scenes over the past fifteen years. 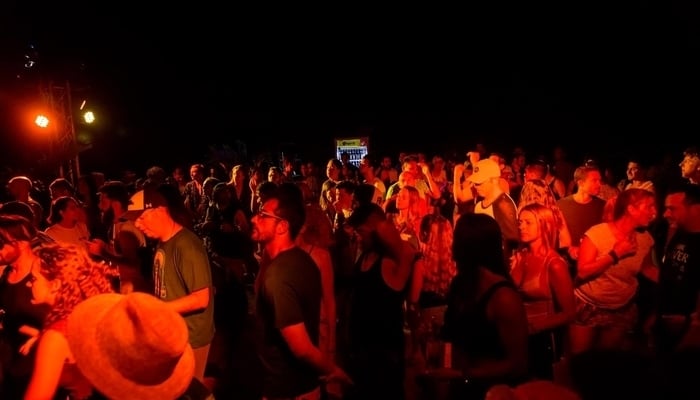 Carl Cox, Fatboy Slim, Tiesto, Sasha, Tenaglia, Deep Dish. All these guys and more pass through Vertigo on their travels and Costa Rica is no longer the backwater one thinks.

Outside of the “mega-club” vibe of Vertigo, the rejuvenation of San Jose in recent years has seen an increase in smaller, more intimate venues. Places like Antik and El Green, not so much purpose-built clubs, but spaces where promoters can build up a vibe for music lovers.

And then there’s the outdoor festival scene. Envision is the most famous, established since 2011, although it’s fair to say the music represents only a part of this experience. For those into their Goa-style psytrance, the guys at Love Corp. put on parties in various secret locations around Costa Rica. 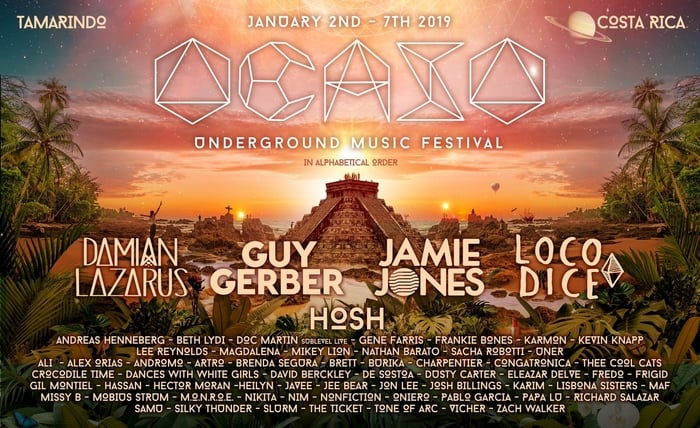 You could say Ocaso represents the coming of age of the electronic dance music scene in Costa Rica and truly puts the country on the map.

I went last year and as a veteran of the UK club scene in the 90s, disillusioned with the over-commercialization and corporate crap of what they now call “EDM”, I was sceptical. But I admit I was pretty blown away. These guys get it.

The music is good, and the vibe takes you right back to the underground. I have to say I felt like I was a teenager again at those old outdoor raves in England back in the day, except with much better weather and scenery.

What makes Ocaso so good is its simplicity. It’s all about the music, and that’s it. The DJs are a mixed bunch, with a focus on local Costa Rican and Central American talent, and despite taking place in one of Costa Rica’s main tourist towns, the crowd is overwhelmingly local. That’s a good thing.

In an interview with Mixmag last year, Tamarindo-based promoter and DJ Alex Orias said the Ocaso crew wanted to keep it small and safe. The idea is not to overwhelm the town, but to show it that music lovers can come together in a beautiful place from all walks of life to celebrate.

That sounds like exactly the original spirit of acid house.

This year, Ocaso will span three different venues in and around Tamarindo.

That’s six days and nights of solid underground house and techno to soothe the soul of the most committed music purist.

Outside of the music itself, Ocaso also helps organize a beach cleanup. This year there will be two – tomorrow, on January 3rd and on Tuesday the 8th once the festivities are over.

If you’re in Tamarindo for the next few days, and want to check out the Ocaso Festival, you can get online for tickets and join what might be one of the best parties of your life.