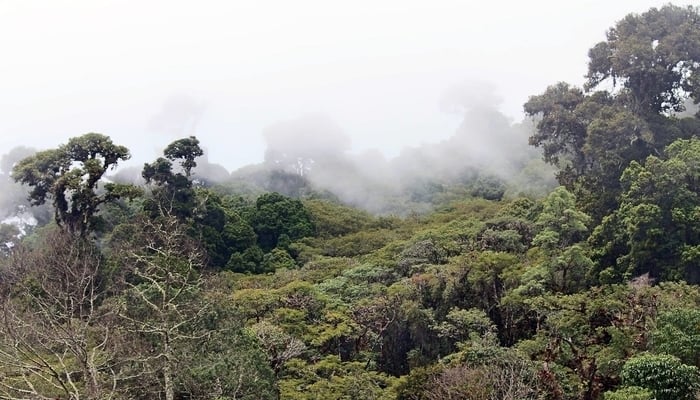 Michael Kaye: A Titan Of The Costa Rican Tourism Industry

If you ever worked in tourism in Costa Rica, Michael Kaye, the founder of Costa Rica Expeditions, who passed away last week aged 76, influenced your career. Even if you never realized it.

If you ever visited Costa Rica as a tourist, Michael Kaye influenced your vacation, too. Even if you’ve never heard of him before. He was THAT important to the tourism industry in this part of the world.

A trailblazer, a pioneer, a titan of the travel biz in Costa Rica, and the godfather of Costa Rican eco-tourism.

“Our goal is to create unique travel experiences that transcend conventional sightseeing and travel. Our dream is to promote the type of tourism which is mutually beneficial and nourishing to both the visitor and the visited.” Michael Kaye’s vision for Costa Rica Expeditions in 1981

I only met Michael Kaye once. It was around 2005 and we were both on a puddle-jumper from San Jose, Costa Rica to Granada, Nicaragua.

Also on the plane was a friend of mine, and his father, who was the CEO of the airline we were flying on. Michael was sitting with my friend’s dad, and someone made introductions. We the only four people on the flight.

Once we landed in Granada, Michael had a driver waiting for him and he offered me a ride into town, about fifteen minutes away, which I accepted. On the way, he asked if I was around for dinner that evening, with some other people. I declined that invite because I didn’t want to be a spare wheel so he dropped me off at my hotel and we went our separate ways.

I mention this innocuous encounter because, during it, Michael’s enthusiasm for Nicaragua struck me.

He wanted to make Nicaragua as much of a tourist mecca as Costa Rica, or at least he did in those days. I remember him loving the fact I was enthusiastic about Nicaragua too. Not me personally, of course, but that someone else felt the same way about Nicaragua’s potential as he did. He liked that.

I doubt Michael would remember this meeting, but it doesn’t matter. Those who knew him and worked with him over the years will recognize the passion for travel and tourism I saw that day almost fifteen years ago.

“Michael was one of the first people I contacted – his reputation obviously preceded him,” he said.

“Michael was always immensely helpful, open and generous. He opened many doors for me, including those to his hotels and home. Michael was opinionated, set in his ways, and self-assured. I always knew to block off a good hour if I planned to call Michael, cause there was almost no way to have a short conversation with him.”

“Michael was always immensely helpful, open and generous. He opened many doors for me, including those to his hotels and home.” Eliot Greenspan, Costa Rica Custom Trips

Costa Rica in the year 2000, when I arrived, was a different country to the Costa Rica I live in now. 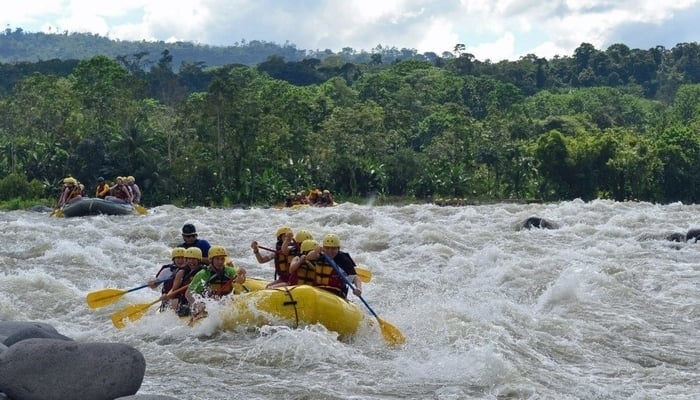 I’m talking in tourism terms. So I can only imagine what it was like back in 1978 when Michael and his wife first came here. Back then – in tourism terms – Costa Rica was more of an exotic backwater than a mainstream eco-tourist center. Or any kind of tourist center, for that matter.

Costa Rica wasn’t just a different country in the seventies, it was a different planet. The surfers hadn’t even arrived en masse in those pre-Endless Summer II days, and Central America was slipping into the war and conflict that would define it through the 1980s.

But in 1978, Michael found himself on the old train from San Jose to Limon. Looking out the window, he noticed the Rio Reventazon flowing through a gorge below the railway line. As a whitewater rafter and river guide, he knew back then, according to a 2012 interview with livingabroadincosta.com, he’d struck gold.

“This river’s gonna put food in our mouths,” he told his wife.

Before Michael Kaye set eyes on the Rio Reventazon, there was no eco-tourism industry in Costa Rica. No-one had done it before. Michael put Costa Rica on the map for the brand of tourism it’s now a world-leader in, and everyone followed.

“Who knows how eco and adventure tourism in Costa Rica would have turned out without Michael Kaye?” Rafael Gallo, Rios Tropicales

“It’s almost impossible to predict what would have happened to the industry if Michael hadn’t come down here and explored the Reventazon, Pacuare, and General Rivers,” says Rafael Gallo, the founder of rafting and adventure travel company Rios Tropicales. “Who knows how eco and adventure tourism in Costa Rica would have turned out? We’d probably be in a similar state to those countries that try to emulate our model today.”

The Namu Travel Group would like to extend our deepest sympathies to Michael’s wife Yolanda, his family, the Costa Rica Expeditions family, and to the Costa Rican tourism industry as a whole.

“We all owe the pioneer of ecotourism…he blazed the path here.” Casey Halloran, Namu Travel