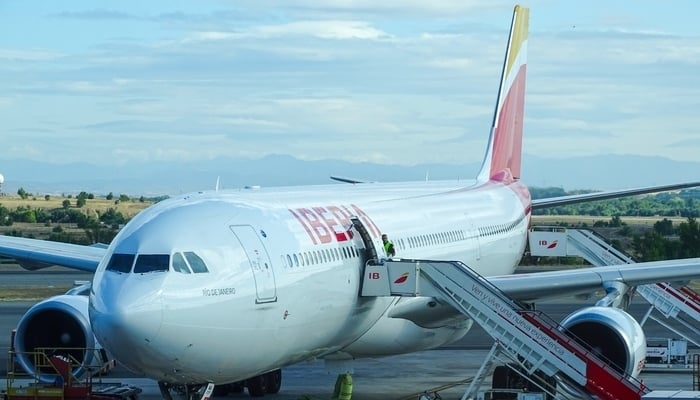 Exactly what countries can visit Costa Rica right now? Here is a complete list updated as of October 15, 2020.

At the end of July the minister of tourism announced the countries who can visit Costa Rica as tourists after August 1. At the time, he said Canada, the UK, and the European Union. That was quickly expanded to include all Schengen Zone countries.

Since then, in a series of periodic updates, the government has expanded the original list to include some Asian, Australasian, and South American countries (okay, one South American country), Costa Rica’s Central American neighbors, Mexico, Jamaica, and residents of some US states.

Below is a complete country-by-country list of all the nations whose citizens can visit Costa Rica as of October 15, 2020.

People from “non-approved” countries can also enter Costa Rica, provided they’ve been residing for at least 14 days in an “approved” country beforehand. As we’ve said before, however, this is easier said than done, dependent on if the approved country allows your country in or not in the first place. Scroll down for more info on this “loophole”.

Canadian tourists have been able to visit Costa Rica since August 1, although since then, there have been no direct flights into Costa Rica from Canada. Air Canada starts flying to/from Costa Rica in November. It’s worth pointing out though, that Air Canada have been delaying and pushing back their restart date since August. Take their November restart with a pinch of salt for now.

The other Canadian airline, WestJet, has not yet announced its resumption date. The best way for Canadians to get to Costa Rica in the meantime is through the US, Panama, Mexico (from October 18), or even Europe. Canadians traveling to Costa Rica need to quarantine for 14 days when they get back home.

Tourists from the states listed below can now visit Costa Rica:

This will expand to ALL US STATES from November 1.

In the meantime, travelers from the states listed above will need to show photo ID (driver’s license or state ID) to prove they live in that state. United and American have restarted flights to Costa Rica, with other airlines opening up in November and beyond.

Jamaican tourists have been able to enter Costa Rica since October 1. There are no direct flights between Jamaica and Costa Rica. Travelers will need to pass through the US or Panama City to get between these countries.

Travelers from Costa Rica’s Central American neighbors have been able to enter the country since October 15. Land borders remain closed, so flying is the only option.

There are currently no flights into Costa Rica from anywhere in Central America apart from Panama City with Copa. Travelers from Central America will need to fly in via Panama, the United States, or (from October 18) Mexico City. Expect Copa and other regional airlines to announce direct routes from other Central American cities very soon.

Uruguayan tourists have been able to visit Costa Rica since August 13. There are no direct flight from Uruguay to Costa Rica, although Copa are starting operations again throughout their Latin American network, so via Panama or the United States is the best option. Uruguay to Costa Rica via Mexico City is a possible option from October 18. The outside-the-box-thinking Uruguayan can fly to Europe and come in that way.

Tourists from the UK have been able to visit Costa Rica since August 1. British Airways resumes operations to Costa Rica on November 1. UK citizens can also reach Costa Rica through European Union/Schengen routes, via the United States, Panama, or Mexico (from October 18). UK citizens returning from Costa Rica will need to quarantine for 14 days.

Citizens of the above countries are all EU citizens have been able to visit Costa Rica since August 1. They can fly to Costa Rica from any EU city with direct flights, or transit through the United States or Panama if flights exist. Whether or not they have to quarantine upon arrival back home depends on the individual country.

Citizens of the above countries were omitted in the original August announcement but the ICT later confirmed they were welcome to visit Costa Rica. These countries are not in the EU, but part of the Schengen Area. This guarantees freedom of movement throughout the EU. If you’re coming from any of these countries you can fly from any EU city, or via the US, Panama, or Mexico (from October 18). Check to see if you need to quarantine upon arrival back home.

Citizens of the above countries have been able to enter Costa Rica as tourists since August 13. There are no direct flights to Costa Rica from any of these nations. Asian travelers can pass through the EU, United States (check if your county is allowed to enter the US), Panama, or (from October 18) Mexico. Check to see if you need to quarantine upon return to your home country.

Aussies and Kiwis are welcome into Costa Rica as tourists since August 13. Both countries are allowed into the EU and the UK, so that’s going to be their best bet for now, for actually getting to Costa Rica. They can also now pass through the United States, Panama, and (from October 18) Mexico. All travelers returning to Australia and New Zealand need to quarantine for two weeks at a government-approved hotel.

There is a way that anyone NOT from the above list of countries can also enter Costa Rica, but it’s cumbersome and not at all ideal.

Technically, a citizen of a “non-allowed country” – for example, a US citizen – could enter Costa Rica after August 1 if they had spent the previous two weeks in an “allowed country”. For example, an American citizen could not go to Canada and catch a flight to Costa Rica. They could, if they wished, go to Canada, spend two weeks there, get their COVID-19 test 48 hours or less before arrival, and then come to Costa Rica.

That is perfectly possible, according to Costa Rica’s Miami Consulate.

The problem is, that the US (or whatever country) citizen would need to be allowed to visit that country in the first place, which in the case of Canada, for example, they are not. But, yes, if a citizen of a non-allowed country spends at least two weeks in an “allowed” country, they can enter Costa Rica. This is good news for anyone of any nationality living in an “allowed” country. It’s also good news for residents of Costa Rica trying to get back.

But not-so-good news for people looking to circumvent Costa Rica’s entry rules by popping to an “allowed” country for the sole purpose of getting on a flight.

Another thing to check is whether your country actually recommends travel to Costa Rica or not.

For example, at this time, Costa Rica is not on the EU list of “safe countries” to visit or receive visitors from.

We will update this list of countries as and when the situation changes. We hope we can add more countries able to visit Costa Rica as tourists very soon.