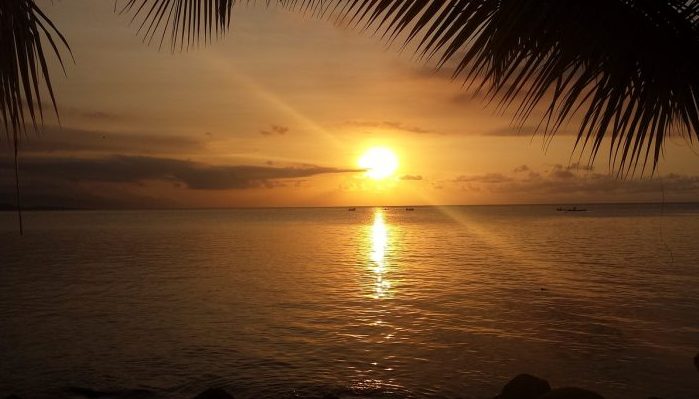 Honduras has a climate like the rest of Central America – tropical. There are two seasons, wet and dry, which means that to cut a long story short, it’s either raining or it isn’t.

When it’s raining is from around May through October, and when it’s dry is the rest of the time. The Bay Islands have a slightly different timetable from the mainland, with the rainy season running from July through January and the dry from February to July.

Temperatures in Honduras are dependent on altitude. The higher up you are, the cooler it is. The Caribbean and Pacific coasts are sweltering year round, rain or shine, while the mountainous interior is much cooler. The Bay Islands are lucky enough to be blessed by offshore winds that cool things down somewhat and make the heat pleasant. Many other places are not so fortunate.

Honduras lies in the hurricane belt, although on the very edges of it. Outside of Belize, it’s the country in Central America most likely to be affected by Atlantic hurricanes. Mitch is the most famous storm to affect Honduras in recent years. In 1998 it caused much devastation to the entire country.