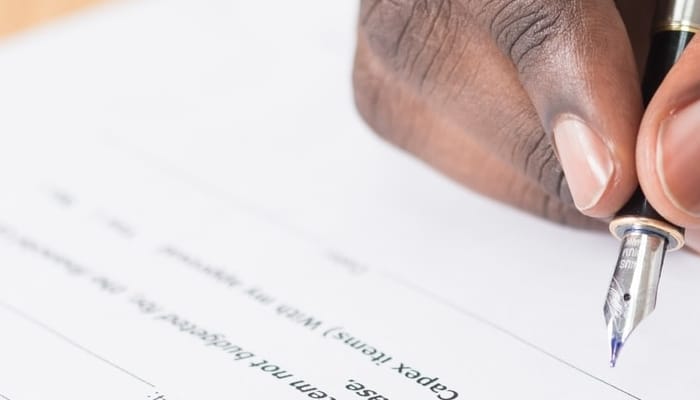 How to Get Out of a Timeshare in Costa Rica

Have you ever locked yourself into something that you can’t get out of? You know, like a cupboard, a room… or a timeshare ownership/vacation membership?

You can get out of a room or cupboard easily enough. You can bang on doors and make noises and someone will come for you eventually. Getting out of a timeshare ownership isn’t so easy though, especially in Costa Rica.

I suppose you could equate it to a relationship. You come to Costa Rica, have a wonderful vacation, fall in love with the place. You get seduced by the tropical weather, nature, beaches, and friendly people.

Then you come back, and come back again. Soon you’re a Costa Rica regular, down every year. You decide to take the relationship further, to a new level.

You’re not ready to move down full time just yet, but you want some skin in the game. That’s when you consider buying a timeshare in Costa Rica.

On the face of it, a timeshare is a great idea. It gives you said “skin in game”, but not to the degree where you’re “all in”. You’re not ready for that yet in this relationship, you still need more time.

But with a timeshare, you can show Costa Rica you’re taking her more seriously. And you get to guarantee yourself a place to stay in your favorite resort every year.

While not exactly going all out on Costa Rica, you’re making a commitment in this relationship. Of some sort.

So you’ve graduated up from a regular vacationer to someone with a timeshare. You come every year without fail. You have a wonderful time and the relationship with Costa Rica starts changing.

At this stage, it can go both ways, so there’s no need to think of any change as negative.

It could well be that you and Costa Rica want to take things further than a timeshare. Could be you’re ready to move to Costa Rica on a part-time or full-time basis, and your one or two-weeks-a-year (or whatever) timeshare isn’t enough.

You might have realized after all these years, that you’re ready to invest in Costa Rica in a real way, and your timeshare doesn’t cut the mustard. I mean, after all, what is a timeshare other than a glorified way of pre-paying your hotel bill for twenty years?

Now you’re looking at long term renting or even buying real estate in Costa Rica. The timeshare feels like a burden now you don’t need it.

So what do you do?

Let’s look at the basics. I equated buying a timeshare with pre-paying a hotel for 20 years, and although that sounds flippant, it’s not a million miles away.

It’s all in the name, you see; TIME-SHARE.

What you’re buying is the right to SHARE TIME (one-to-two weeks per year, usually) in a particular property. The property itself is usually a condo or something along those lines in a resort. You’re sharing the time with other people buying the same thing.

So you’re not buying anything other than time, other than a gap in the calendar, which you can use or not use. Oh, and you often get to share maintenance fees and other costs, too.

But the bottom line is that the timeshare owner holds no claim at any time to the ownership of the property. Again, it’s a space in the calendar you’re buying.

It’s never sold that way to you, of course.

When they’re selling it to you, they’ll make you feel like you’re a real property owner with a real piece of the pie. They’re good at making you feel that way. But you’re not.

There are positives to timeshares. We mentioned some of them earlier, that feeling of “skin-in-the-game”. There’s also a feeling of comfort and security you can get from a timeshare, from knowing “your” place is there every year at the same time for you. That’s valuable for some.

And it’s affordable. You don’t have to worry about having a place empty the 49 or 50 weeks of the year you’re not there. No worries or stress about renting it. You simply show up at your allotted time, enjoy yourself, and leave. Perfect for plenty of people.

Until it isn’t perfect anymore.

It’s only when you’re done with it – when you’re sitting at home googling “How to get rid of a timeshare in Costa Rica” – that you realize how tough it’ll be to do so.

In many ways, this is fair, as buying a timeshare isn’t the same as buying real estate. But the kicker in all this is that timeshares fall under no regulations in Costa Rica.

Unlike buying real estate, your timeshare is registered nowhere.

It’s a contractual agreement between two parties – one of whom (the timeshare resort developer/seller) has more sway than the other (you, the buyer).

In short, developers pretty much do what they want, knowing that you, the buyer, has zero protection. And there have been many fraudsters and scammers knocking around the Costa Rica timeshare industry over the years. They create a bad reputation among the reputable developments.

Outside of the scam artists, the simple fact that your timeshare isn’t registered with Costa Rica’s Registro Publico means you have no rights. Courts have nothing to fall back on in the case of contractual disagreements. It’s the wild west and you’re on your own. Getting out ain’t easy.

Most reputable lawyers and real estate professionals in Costa Rica will always discourage anyone from buying a timeshare, at least until there’s some real regulations in place.

“Timeshares in Costa Rica are not regulated, which in my opinion just proposes to much risk to a buyer,” he says. “With some of the affordable opportunities still available I think full ownership is the best and most secure way to go.”

Costa Rica does have consumer protection laws, and courts have come in on the side of purchasers over developers in timeshare cases before.

But anyone who knows Costa Rica knows consumer protection laws are cosmetic for the most part. That goes from buying, say, a mirror in a department store to more complicated timeshare agreements.

So the rule of thumb should be to hold off on getting into timeshares in Costa Rica for now. At least until real regulations come in to ensure that any possible timeshare exit is as simple as the entry.

None of this helps you right now, in your relationship with Costa Rica. Now you know what you’ve gotten into, how do you get out?

You could hire an attorney in Costa Rica and go to court. That’s possible, although almost certainly an expensive and arduous way of doing it, with no guarantee of a positive result.

Or you could look at a timeshare exit company to help you.

Many timeshare consultancies offer termination services for their clients. They’re staffed by ex-timeshare industry pros who know all the tricks of the trade in locking people into their deals. A good consultancy will be better equipped than a lawyer to help you get out of your timeshare and get on with your life.

And when you do, when you’re free of your timeshare, you can take your relationship with Costa Rica to a much healthier place.