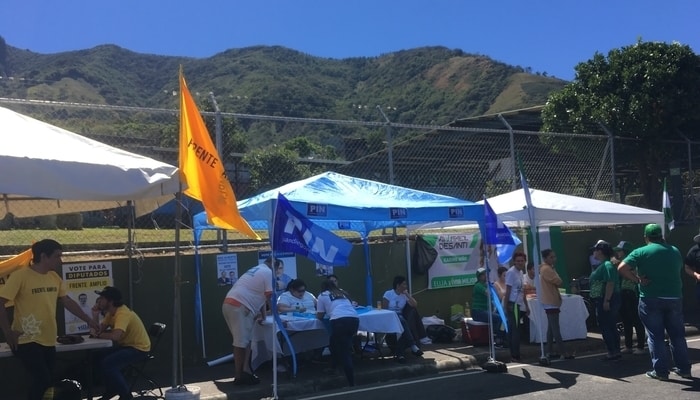 Today Ticos went to the polls to vote for a new president in the Costa Rica election.

Central America’s oldest democracy comes together every four years to elect a new head of state. The 2018 Costa Rica election is more contentious than most with a couple of firebrand candidates outside of the usual political classes making serious waves.

With politics in Costa Rica mired in a corruption scandal and worries about crime, security, unemployment, and inequality at all-time highs, many Costa Ricans view this election as one of the most important in history.

That said, voter apathy reigns supreme in 2018. Recent scandals leave the popularity of traditional political parties and politicians at all-time lows. This opens the door to firebrand populist and religious candidates. Many Ticos go to the polls today with no clear idea of whom to vote for.

It’s unlikely that Costa Rica will elect a new president today. According to polls, no candidate is close to having the 40 percent of the vote required to avoid a runoff on April 1.

The following images come from a voting station in El Carmen de Escazu, a small community in the Escazu mountains outside of San Jose.

Despite the divisions and the real issues that Costa Rica is facing, the vibe was good. Turnout seemed okay too, as El Carmen residents of all political persuasions showed up to do their civic duty.

Outside the voting station, the various political parties set up stalls to convince the undecided. Their hopes are to convince voters to go their candidates way in last-ditch efforts. Music pumps and citizens wear their party colors the same way sports fans do. This scene is the same all over Costa Rica in voting stations big and small.

We hope these images offer a snapshot of a day in the life of the democracy of Costa Rica. There are real issues in Costa Rica, of course. But it’s refreshing to see Ticos come together in a festive mood to vote for their futures.

Looking for job opportunities in Central America? You're not alone....