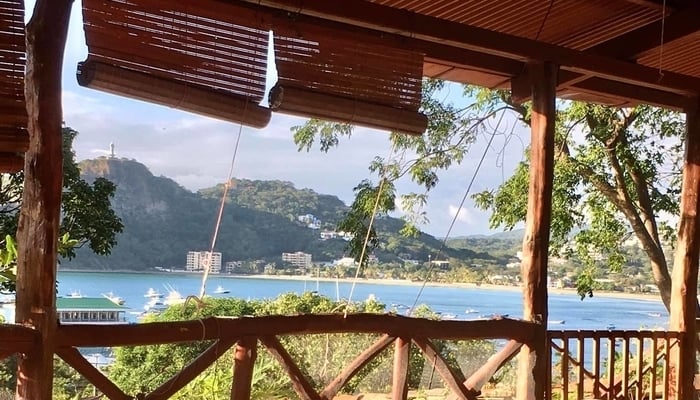 With hardly any airlines flying and weird rules for those that do, traveling to Nicaragua has never been more confusing during this pandemic. In this article, an US expat tries to dispel any confusion with an account of his journey from Phoenix, Arizona to San Juan del Sur, Nicaragua on December 30, 2020.

I’m quite experienced in traveling between the United States and Central America.

I first moved to Central America from Tempe, Arizona in 2006. From 2006 to 2013, I lived in or around Escazu, Costa Rica. Then I moved to San Juan del Sur on the southern Pacific coast of Nicaragua.

So I’ve backed and forth a lot between Costa Rica, Nicaragua, and the US. But travel during COVID is now is a different beast.

Since September, Avianca has been the only airline flying in and out of Nicaragua with any degree of certainty.

Most other airlines say they can’t comply with the unique requirements demanded of them by the government.

I’ve seen so many stories on social media of people booking flights through other airlines, only to have those flights cancelled.

When booking an Avianca flight to Managua you’ll see the following popup:

“According to resolutions N° 358-2020 of MINSA and N° 0172020 of INAC, passengers traveling to Nicaragua must have, before boarding, the negative result of a PCR test carried out within a period not exceeding 72 hours before the entrance to the country. In addition, they must send us the result of the test no less than 36 hours before the flight. Review the procedure here and secure your trip.”

On December 30, I traveled back to Nicaragua from the States. I’d been in Arizona for a few months, visiting family.

While up there, I paid attention to social media to have a sense of what returning to San Juan del Sur would entail. Someone created an excellent Facebook group called the Nicaragua Flight / Travel Info Group. My girlfriend tagged me in a bunch of posts in this group, which I found super-helpful.

Another useful resource was Elisha MacKay’s How to Travel to Nicaragua Right Now article on her In Nica Now blog.

When I started planning my return, I realized it would be easier and cheaper to fly into Liberia, Costa Rica than to Managua.

I would still need a negative COVID PCR test 72 hours before entering Nicaragua, but I wouldn’t need to email them to Avianca 36 hours in advance (this requirement is one of the reasons so many airlines are still not flying to Nicaragua). All I’d have to do is produce my negative test results at the border.

To fly into Costa Rica, I’d need travel insurance that included coverage for COVID, even if I’m in Costa Rica for only a few hours at most. Costa Rica requires a minimum of five days coverage.

I used Seven Corners, the same company Elisha used. It cost less than $40.

Costa Rica also requires travelers to fill out an online health pass no more than 48 hours before arriving. After filling out the form you get a QR code to show the authorities upon arrival.

The next step was getting from Liberia to San Juan del Sur.

I arranged this through Transporte Gaby, a San Juan del Sur-based transfer company I’ve used many times over the years. They’ve picked me up in Liberia before, so I knew I could count on them.

Transporte Gaby emailed me a copy of my receipt so I could prove onward travel out of Costa Rica.

The total cost of my flight from Phoenix to Liberia (via Miami), the travel insurance, and my transportation from Liberia to San Juan del Sur was cheaper than a flight on Avianca from Miami to Managua.

Now I had to figure out the COVID test situation.

Nicaragua specifically requires a PCR test. With a little research, I discovered Test For Travel, which provides locations to testing services with results in 72 hours or less. They led me to Any Lab Test Now (ALTN) in Phoenix, Arizona.

They assured me I’d have my results by Tuesday evening. Knowing their office closed at 6:00 PM, I called them around 5:30 PM. They said the results usually come in around 10:00 PM and they would email them to me after that.

The woman I spoke to was very nice and helpful. She gave me her personal cell phone number and said that if I hadn’t received them by 10:20 PM, I could call her direct to check. That wasn’t necessary in the end. They were early, sending me my negative results just after 7:00 PM.

I made two hard copies of the Costa Rica Health Pass QR code, the letter confirming my Seven Corners insurance policy, the Wallet ID card provided by Seven Corners, and the copy of my Transporte Gaby receipt. I also had copies of all this on my phone. At this point I was good to go.

My travel day could not have gone any easier.

I checked in with American Airlines in Phoenix and proved my onward travel from Costa Rica with the Transporte Gaby receipt. I also needed to show them my Costa Rica Health Pass QR code.

Upon arrival in Costa Rica, immigration scanned the QR code and I showed them my receipt from Transporte Gaby. They gave me a “Visa Transito” to avoid paying an $8 tax at the border when leaving Costa Rica.

Getting off the plane, immigration, picking up my bag, and customs took no more than 15 minutes.

Samuel, my Transporte Gaby driver, found me minutes after stepping outside in Liberia.

We chatted for most of the trip to the border at Peñas Blancas (his English is better than my Spanish).

He drove me right up to the immigration office on the Costa Rican side of the border and came inside with me. There was no line so we were in and out in minutes.

Then he drove us as far as he could into “No Man’s Land” (if you know the Peñas Blancas border, you know what I mean here) and helped me carry my bags to the first official on the Nicaragua side who checked my passport and my COVID test.

Before leaving, Samuel let me know the other driver was here and would meet me at the counter in the Nicaraguan immigration office.

Alvaro met me outside the office and took my bags from me.

He took charge at that point, taking my documents and giving them to the woman who would okay my COVID test. She gave me a small slip of paper with approval of my test result.

Then we gave that to the woman at the counter, along with my passport and a copy of my rental agreement. When tourists arrive at the border, they often call your hotel or hostel to confirm your booking. So I had my girlfriend email me a copy of our rental agreement before my trip.

Then she stamped me in and Alvaro took me home to San Juan del Sur.

From the time my plane landed in Liberia until I was on my deck in San Juan was about three hours.

Even without a border to travel through, I probably wouldn’t have made the trip that fast from Managua.

I hope this helps anyone who is making this trip in the future.

US expat Glenn Graham lived in Escazu, Costa Rica from 2006 to 2013 and then moved straight from there to San Juan del Sur, Nicaragua, where he’s been ever since.