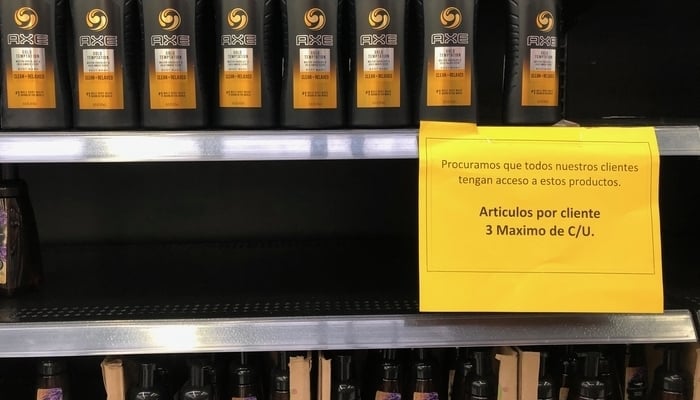 A daily (ish) update on Coronavirus in Central America. We’ll sift through the main talking points out there so you don’t have to.

In starting these updates up again, we think it’s a good idea to look at some stories of hope from around the world. The idea is to not be bogged down in negativity and to look for those green shoots out there.

Spanish prime minister Pedro Sanchez said himself today that his country, one of the worst-affected in the world so far, was “starting to see light at the end of the tunnel.”

Spain has just recorded its third straight day of decreasing deaths from COVID-19 and a drop of a thousand new infections today from Saturday. At 6,023 new infections, it’s still a lot, but it looks like things are starting to move in the right direction. Maybe – just maybe – this helps encourage the rest of us on the other side of the curve a better idea of a timeline.

Dr. Deborah Birx says new cases and deaths due to the novel coronavirus are “declining” in Italy and Spain and this is “giving us hope of what our future could be.” https://t.co/2CdDS2nWSg pic.twitter.com/HE50Ne9VeO

So, to Central America, and a little round-up from around the region.

Sad news coming out of Belize today – which kind of blows my “green shoots” spiel out the water a little bit – as that country reports its first coronavirus death.

Hubert Pipersburgh was 55 and an ecumenic advisor to the mayor of Belize City. Prime Minister Dean Barrow said when announcing Pipersburgh’s death, that he hoped this would bring home the seriousness of the situation to those people still ignoring the curfew and social distancing rules.

Belize now has a total of five confirmed cases, including Pipersburgh. At the time of writing, no-one else is in a serious condition with COVID-19.

As Central America starts Semana Santa, the busiest week of the year across the region for travel and partying, Guatemala has taken a step to nix all that by banning internal travel between departments (departments are like provinces in Guatemala) and also banning the sale and consumption of all alcohol from today, April 5 to April 12.

Bars, restaurants, public transport, and all non-essential work has been shut down for a while in Guatemala, so these latest restrictions seal the deal pretty much on any travel or festivities over the Easter period. The message is loud and clear – stay at home.

Three people have now died of COVID-19 in Guatemala, the first on March 15 and then two more this weekend. The latest death was an 81-year-old man who’d recently been abroad.

The government also announced the first cases of community infection in Guatemala, in the town of Patzun, Chimeltenango.

Both the National Civillian Police and the Army have been deployed to keep Patzún in lockdown.

70 cases and 3 deaths have been confirmed in Guatemala. pic.twitter.com/eETpdZz3JL

Honduras has seen more coronavirus fatalities in the region than any other country except for Panama.

Right now, Honduras stands at 298 confirmed cases with 22 deaths and six recovered. It’s interesting why some countries in the region are hit so much harder than others, and I don’t even pretend to have the answer myself. I suspect poverty has a lot to do with it, and people working in the informal, cash economy needing to go out to work no matter what. But then, Honduras is by no means the only Central American country with this issue and others in the same situation have fewer deaths.

In the meantime, crisis breeds proactivity and entrepreneurship, and a positive story coming out of Honduras, where a startup is using blockchain technology to track COVID-19 infections and how people circulate, but with a basis on their own privacy. This is definitely a story worth following.

ICYMI: Israel and China’s emergency measures digitally track civilian location and health data. In Honduras, startup Emerge launched a blockchain-powered app with a focus on privacy to aid in telemedicine during the COVID-19 lockdown.#WeekendReads https://t.co/cjv7MbiZKy

As El Salvador racks up its 63rd case this weekend, and its third fatality, President Nayib Bukele pledged 1,000 new tests daily and the arrival of Hydroxychloroquine treatments to assist with those infected. Hydroxychloroquine is an antimalarial drug that has seen some promise in treating coronavirus, although its effectiveness is still unproven.

Could this be the first misstep from a president that so far seems to have handled this crisis well?

Thank you @JackMa and @AlibabaGroup for your donation to our country.

We’ll need all the help we can get to fight this disease.

No-one’s ever accused me of being a conspiracy theorist, but the main talking points coming out of Nicaragua right now concern the health and wellbeing of dictator Daniel Ortega. He hasn’t been seen in public forever and rumors are whizzing about him being dead.

Was it a plane crash on the way to (or from) Cuba where he’s allegedly been treated for cancer? Or was it from cancer? Or from COVID-19? In all honesty, I doubt it. I bet he’s alive and well and hunkered down somewhere trying to escape the virus while playing it down to the people and telling them to parade and party like rock stars.

Anyway, if you feel like a fiesta this Semana Santa, go to Nicaragua. (That’s REALLY bad advice, by the way. Don’t go. Seriously. Stay at home. Ugh.)

Nicaragua’s Sandinista government has shared little information about its strategy to stop the spread of the coronavirus. Without official recommendations, many Nicaraguans are choosing to self-isolate.@PiruloAr and @CH_fotografia report from Managua.https://t.co/wEYShdDg7r

At 454 confirmed cases, two deaths (both 87-year-olds with preexisting conditions), and 16 recoveries, Costa Rica is handling this crisis well and the health system here seems to be holding up.

Now, with the second-most amount of confirmed cases after Panama, it’s too soon to start jumping for joy, but the numbers really don’t look as bad as they could. In fact, the daily amount of new cases has decreased slightly since April 1st. Too early for green shoots, but not early enough to see the possibility of possible green shoots on the horizon. Right?

After a few hiccups, people seem to be obeying the rules. Like elsewhere in the region, Costa Rica is tightening things up over Semana Santa to keep people at home during the holiday week, and we can only hope that works. If there’s one thing that could blow the good work done so far, it’ll be everyone heading to the beach for their annual blow-out like in normal times.

But so far, so good. The economy? That’s another story.

Panama has been the tragedy of Central America during this crisis. Its numbers, although far less than Europe and the States, are staggering in Central American terms. 1,988 cases with 54 deaths.

To curb these numbers, Panama is under serious lockdown and has initiated a plan where only women can go out (for two hours at a time) on Monday, Wednesday, and Friday. Men get Tuesday, Thursday, and Saturday. Unprecedented times indeed.

Like many other heavily hit countries, Panamanians are waving flags and cheering from their apartments in shows of solidarity.

Lovely moment as Panamanian police sing patriotic songs in the street and my neighbors wave flags from their balconies.

I thought those apartments were empty, tho, and slightly concerned about what theyve witnessed during my last two weeks of nearly permanent undress. pic.twitter.com/SXLK4YBUJd