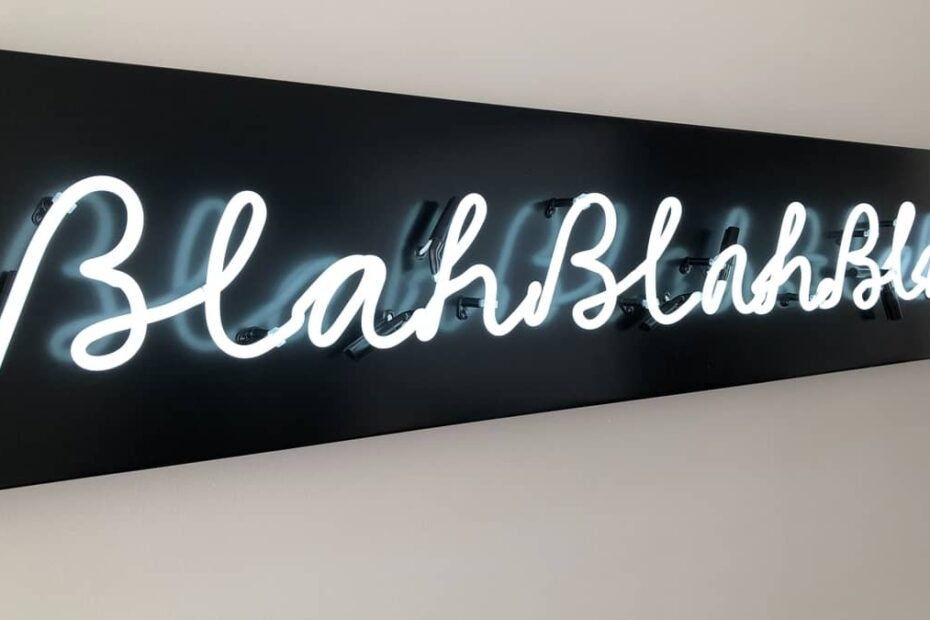 Central American Spanish has its own distinct dialects. Each country in Central America has its own unique words and phrases to tell you exactly where you are or who you’re talking to. Here are 27 of the most common.

Languages are funny, aren’t they? They’re like living, breathing organisms. They grow and evolve on their own, spawning different versions of themselves. Reinventing themselves all the time.

Look at English. You wouldn’t understand the early English spoken in medieval England. And even today, now English is a global language, it’s not always easy to understand each other.

I mean I know Americans who add subtitles when watching British shows on Netflix. And as a Englishman myself, I admit I sometimes can’t understand the Scottish accent, or even some accents from different parts of England. And sometimes I’m confused by Australian words.

Sometimes English sounds as foreign to me as… well… as Spanish.

But you know what? I love that. I love how my native tongue sounds around the world. And talking of Spanish, I also love the same thing with that language.

In fact, more people speak Spanish around the world than English. When we talk of languages evolving and reinventing themselves, Spanish is no different to English.

Including the six Spanish-speaking countries in Central America.

Guatemala, Honduras, El Salvador, Nicaragua, Costa Rica, and Panama are tiny countries. Together they make up only about 8% of the Spanish-speaking world.

But each of them have their own little idiosyncrasies, their own ways of making Spanish their own.

A word here, a phrase there: You’ll know you’re listening to Central American Spanish when you hear some of the following:

Chapin/Chapina: This is what Guatemalans call themselves. It comes from the name of an old shoe they used to wear there. You’ll hear and see this word all over Guatemala.

A huevos (or Ahuevos): Huevos means eggs. Which means it also means “balls” in a lot of Spanish slang. But Guatemalans also stick “a huevos” on the end of sentences to mean “for sure” or “I agree”.

Cabal: Used at the end of a sentence exactly like “a huevos” is. If they don’t end a sentence with one, they’ll end it with the other.

Burra: This comes from “burro” (mule) and is the word Guatemalans use for bus. “Oye Chapin a que hora viene la burra?” (Hey buddy what time does the bus arrive?)

Cerote: This word is Spanish slang for turd, or poo. Or whatever word you use for what comes out when you go for a number two. But in Guatemala, this is also a term of affection, meaning buddy, pal, or mate. They use this in El Salvador too.

Catracho/Catracha: Like “chapin” next door in Guatemala, catracho/catracha is what Hondurans call themselves or other Hondurans, or indeed anything Honduran. It comes from an old 19th century Honduran general called Florencio Xatruch.

Cheque: Pronounced “che-kay”, you know you’re speaking to a Honduran when you hear this. It means “okay” or “alright”.

Guanaco/Guanaca: Exactly the same as “Chapin” or “Catracho“, or the other national nicknames listed below. Central Americans love nicknames and El Salvador is no exception. Guanaco is the name they call themselves. Why do Salvadorans call themselves Guanacos? Good question. Some say it’s from the William Walker wars of the 19th century when Salvadoran troops used to meet under guanacaste trees. Others say it goes back much further to pre-Columbian times when indigenous people held meetings called “huanacaxtle” which sounds like “guanacaste“. Down the line this word came to mean “brother” or “brotherhood” and ended up as Guanaco. Maybe.

Salu: This comes from “salud” (health), normally used as a toast like cheers. But in El Salvador, it means goodbye.

Chero/Chera: No real meaning to this, but that doesn’t matter. It means guy/gal, like when talking/ referring to a friend.

Yuca: Literally “yucca” (the vegetable). In El Salvador they use this word to mean “difficult” or hard/tough. “El examen fue muy yuca” (the exam was very difficult).

Birria: All over Central America people use the term “birra” (from the English) as a replacement for cerveza, meaning “beer”. Except for in El Salvador where they’ll throw in the extra syllable for stylish effect.

Chupar: Chupar is the verb “to suck”, used more often than not in a sexual way (this is a family website so I’ll say no more than that). But anyone who speaks Spanish knows what I mean. In El Salvador, though, this is a slang term meaning “drink”. Like, to drink something (the verb) not a specific drink (the noun).

Nica: This is easy. Nica is short for Nicaraguense (Nicaraguan). It’s what Nicaraguans call themselves and each other as a matter of pride. Please note Nica means both male and female. There’s no “Nico/Nica” thing going on. Also, like “Catracho” in Honduras, Nicas use it to describe anything Nicaraguan.

Chele/Chela: Chele comes from “leche“ (milk – swapping the syllables around). What colour is milk? Yep, it’s Nicaraguan slang for white/blonde people. If you’re white or blonde in Nicaragua, they will call you chele. Common also in El Salvador.

Dale pues/Va pues: This expression is more broad-based, but basically means – depending on context – “go ahead” or “let’s do it!” or any other form of agreement. Nicaraguans tend not to pronounce the “s” on the end of words, so the “pues“ might sound like “poo-eh”.

Tico/Tica: As mentioned, Central Americans love nicknames for themselves and Costa Ricans are no exception. They call themselves Ticos/Ticas in honour of the national habit of adding a diminutive suffix to words to denote affection and cuteness. Like “perro“ (dog) becomes “perrito“ (cute little dog).

Pura vida: Something else you’ll hear and see everywhere in Costa Rica. “Pura vida“ (pure life) could be the national motto. It means everything and nothing. “Hello”. “Goodbye”. “That’s cool”. “That’s life”. “I don’t care”. “It’s all good”. Pura vida describes the Costa Rican mindset of being chilled out. Sometimes it means you’re so chilled out you don’t care. Fun fact: It comes from a 1950s Mexican movie and really has nothing to do with Costa Rica.

Tuanis: Many think “tuanis” comes from the English phrase “too nice”. Which kinda sorta describes the meaning of it. Tuanis means “cool”, “good”, “nice”, all that positive stuff. When someones says tuanis to you they’re not unhappy, put it that way. But it’s nothing whatsoever to do with anything in English. Forget about “too nice”. Tuanis comes from military code created by 19th century Salvadoran General Francisco Malespín, where he swapped around syllables to words to create new ones. Too complicated to go into here, but a 2014 article in the Tico Times describes it pretty well.

Mopri: “Mopri” (mo-pri) is primo backwards (pri-mo). It goes back to the same code from our friend General Malespín. Primo means “cousin” in Spanish but many use mopri, often shortened down to “mop” as another way of saying mae.

Chunche: This is a super Tico tiquisimo (a very Costa Rican expression). No real translation to it, but it means “thing” or “whadjamacallit” or “thingamajig” or whatever word you use for something you don’t know the name of.

Tapis: “Tapis” is about booze. It can mean either a person who drinks too much alcohol, like an alcoholic, or an alcoholic beverage itself.

Chuleta: The word for pork chop in Spanish, in Panamanian slang, “chuleta“ means “pity” or “disappointment” or even “damn”. Note: “Chuleta“ can also mean the exact opposite – like when you’re excited about something. It’s all about the context, people.

Vaina: Another vague one here. “Vaina“ means “thing”, like when you don’t know something’s name, or you do know it, but are too lazy to say it. “See that thing over there?” “Ves esta vaina alla?” Much like chunche in Costa Rica. Actually, exactly like chunche

And that’s your snapshot of typical Central American Spanish words and phrases you’ll hear in this part of the world.

Each will give you an idea of which country you’re in or from where the person you’re talking to is from. Do you have any special Central American Spanish words or phrases to add to this list? Let us know! 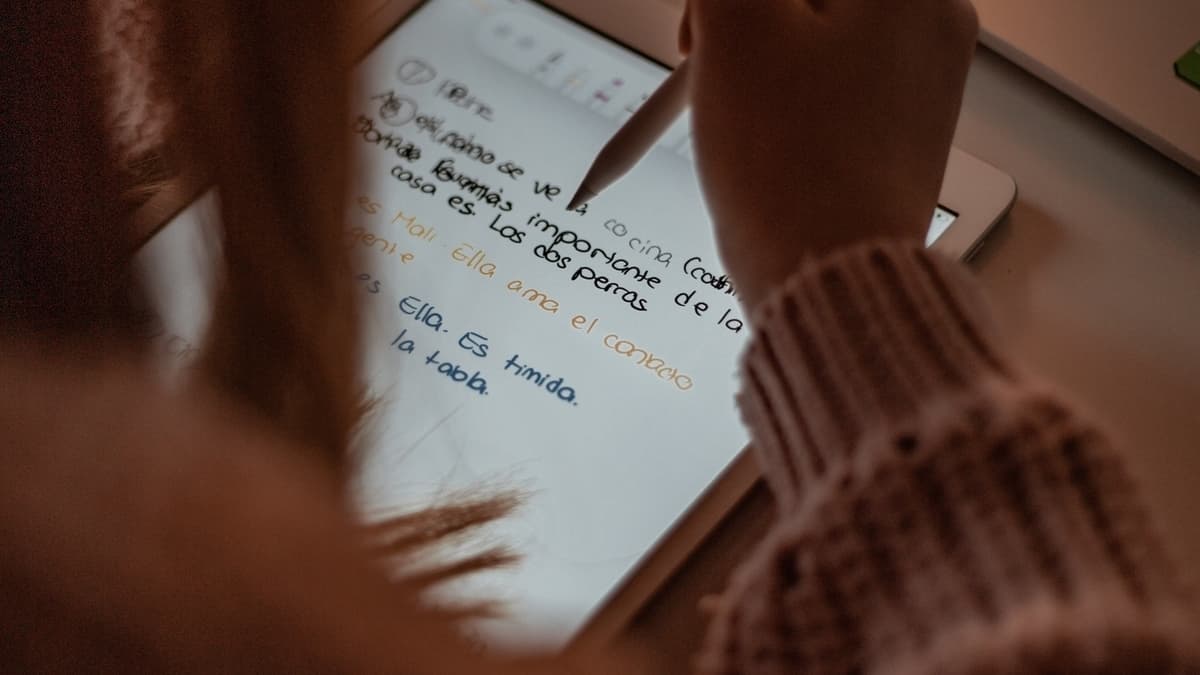