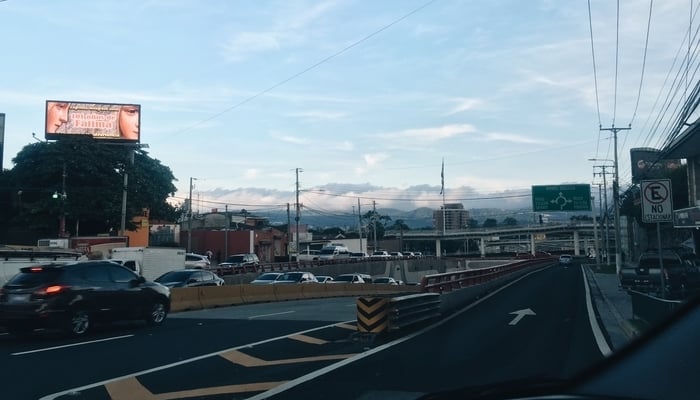 Patricia Trigueros shares some thoughts on renting in El Salvador, whether it’s her own San Salvador nook or a place to spend weekends with friends…

San Salvador grew. The city spilled outside the lines of urbanistic plans and climbed the slopes of a volcano.

They always told me that volcanic soil attracts. It is fertile, magnetic. From the slopes of the San Salvador volcano, the sunrise stretches and bounces off the clouds.

From one volcanic peak, you see other volcanic peaks if you’re renting in a neighborhood called Escalón Norte, a side of Colonia Escalón, upwards. It’s every day less thick with trees, now there are more buildings and houses.

I’ve lived in El Salvador for a good chunk of my life, so I know a thing or two what places to try on, borrow and rent.

I wouldn’t trade my little nook off Paseo General Escalón. From my second-floor balcony, I get mountain views. La Cordillera del Bálsamo on one side, El Cerro San Jacinto on the other; perforated by the valley of San Salvador. My little corner is a perfect place for early morning coffee and late night wine.

Colonia Escalón is all too familiar and nonsensical viewed from outside. The roads make little sense, the closer you are to the volcano. The nightlife is almost extinct.

Colonia Escalón doesn’t have the easy-to-traverse neighborhood vibe of Antiguo Cuscatlan or la Sultana, nor the convenience of vibrant San Benito, but I would change nothing. The alleys, shortcuts, and small vendors to get flowers and produce from are all familiar to me. 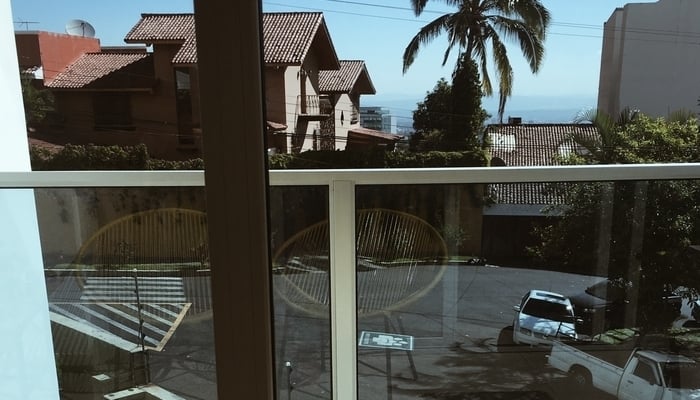 A familiar pied-à-terre for me is San Blas, La Libertad.

It’s always refreshing. Between El Puerto de La Libertad and El Tunco, on your way to other La Libertad beaches. A while ago I stopped in San Blas for a swim, snacks, and conversation.

I was on my way to Shalpa. “I’ve never been to Shalpa,” they said. Well, me neither. A closed beachfront residential complex, there are only about six houses in Shalpa.

We were renting one of them where we would hang out for five days. Every morning, a walk on the black sand before breakfast. Every afternoon, a nap and swim. Well-deserved August vacations.

There are houses I’ve visited and even a couple I’ve rented in Coatepeque. I’ve been eyeing the Laberinto Projects, but haven’t found the time yet. A beautiful place to spend the weekend writing, I reckon.

A rental home in Coatepeque is also a wonderful idea after a wedding at the Cardedeu. I was part of the team that didn’t want to drive back to San Salvador. A group of wedding guests, old friends of mine, had rented a house not far, and other friends came for the weekend, too. As the designated driver, I got us back that night. After parking, I slipped out of my sparkly dress and joined the rest for a beer, in pajamas.

I walked barefoot to the deck early the next morning to say hi to Coatepeque. Or goodbye, rather: I was off to Comasagua for the night. A quick switch from lake life to mountain life.

There’s one place that satisfies any mountain craving: A house in Comasagua. The terrace extends and the wooden deck hovers over a hill, perfect for watching sunsets.

And when the skies are clear and you’re up on time, the sunrise greets you from the front porch. At night, choose the topic and exchange thoughts with stimulating conversations. Pair them with oven-baked goods and warm wine.

On one of my last dates — a night of dinner for two, nightcaps and a script to follow — we began talking about home.

“Home“ is not often as simple a construct as it sounds. It‘s not always the place you grew up in. And when I was last between places, there was no space in my head to go anywhere else except El Salvador.

He nodded and said: “That’s funny, I don’t know where home is. The only place I ever really feel at home is the place I’m renting.”

Patricia Trigueros is a free spirit, writer, and translator from El Salvador. She has the habit of drinking too much coffee and writing in English, French, and Spanish. Check out her blog, Paty Stuff, and follow her on Facebook, Twitter, and Instagram.

A daily (ish) update on Coronavirus in Central America. We’ll...

As global tourism evaporates during the coronavirus crisis, one small Costa Rica...