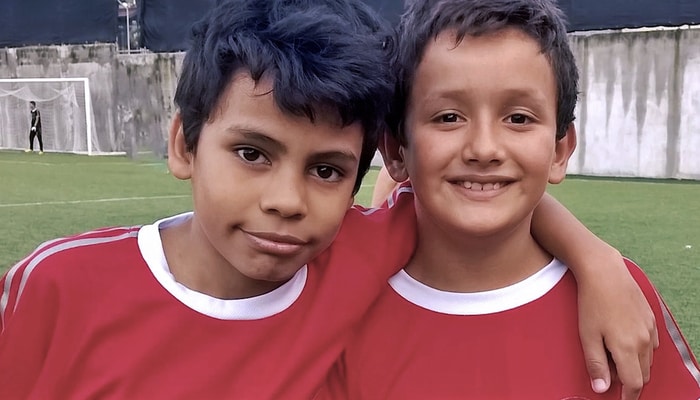 I’ve been living in Costa Rica since 2006. Back then I didn’t know the direction my life would take. Many years later I embarked upon a program that has its roots founded in the sport I love. That sport, of course, is football (soccer). 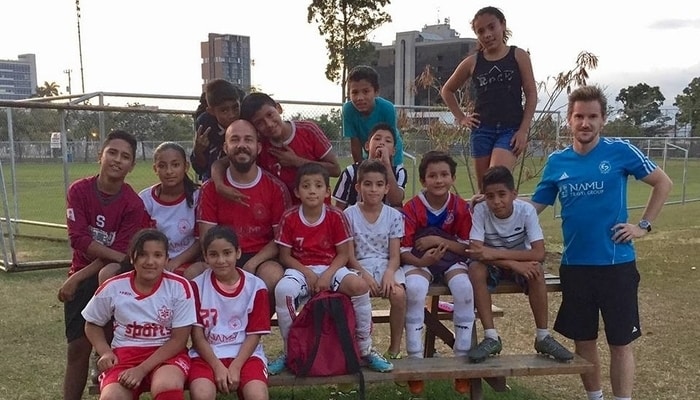 I first came to Costa Rica as a volunteer, working at a school in the cloud forests of Monteverde. While there, one of my duties was coaching football to the students and I remember thinking how much fun it was.

So given the opportunity in 2013 to coach kids in underprivileged areas of San Jose, my colleague Richard Bexon and I jumped at the chance.

Educación Plus Started Us Off

We met Keith Holder, the founder of Educación Plus, a charitable organization in San Jose. Educación Plus improves the lives of youths in impoverished neighborhoods through sports, bible studies, camps, and academic support.

They established a ‘soccer’ school in the Alajuelita area where they base most of their operations.

A year later we set up our own football school on the west side of San Jose. This was closer to our Namu Travel Group office, and we wanted to get our staff involved. From these beginnings, Tacos4Ticos came about in 2014.

As a travel agency, we bring around 12,000 guests into Costa Rica every year. Many of them support our Tacos4Ticos program and donate used football boots – soccer cleats (“tacos” in Costa Rican slang) and other essential football equipment to disadvantaged youths. 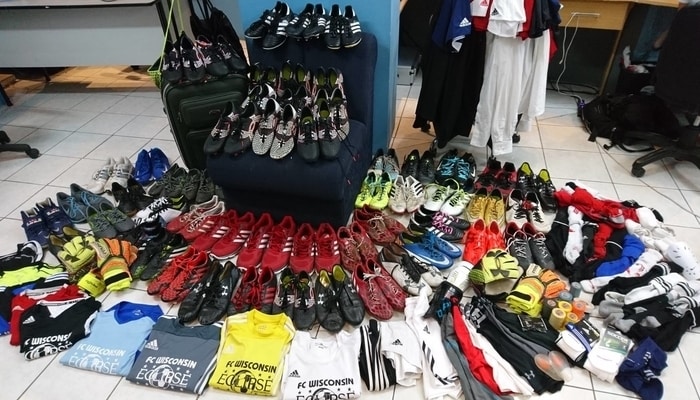 Also, members of Namu staff volunteer as coaches and assist in the handing out of equipment.

In this short documentary, we look at how a simple concept of using football and generosity has helped to improve and transform lives in the poorest areas of Costa Rica:

Adam Baker is a British expat living in San Jose, Costa Rica. He is the co-founder of Tacos4Ticos and runs the audiovisual production team for the Namu Travel Group.

Alan Prendergast compares his personal experiences of the San Jose,...

Last week, the US State Department downgraded Costa Rica from...

A Few Tips About Volunteering In Costa Rica

We published a recent article about the best places to...