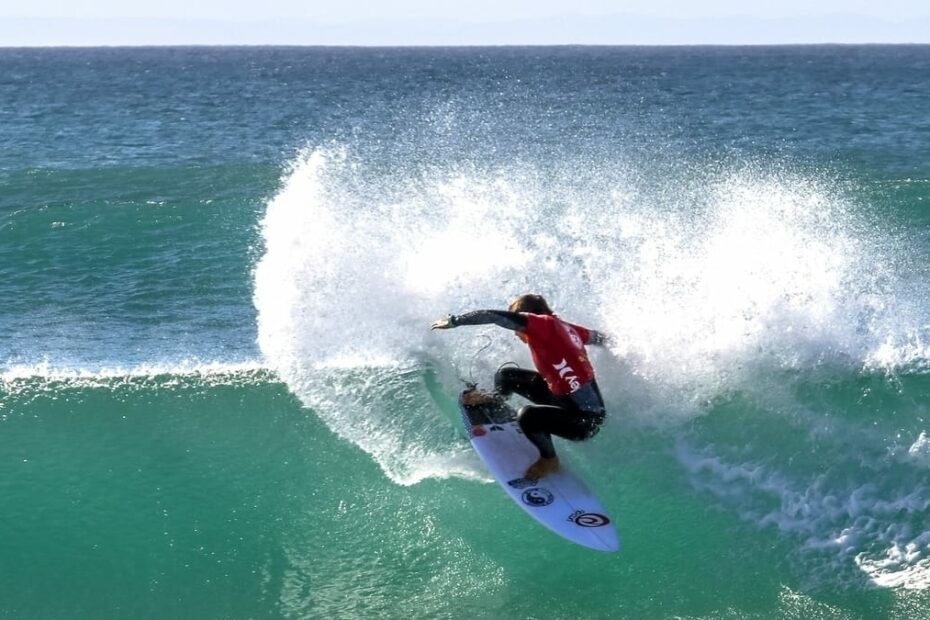 Despite Costa Rican surfer Brisa Hennessy going out of the Olympic Women’s Surfing event in the quarter finals, her success in Japan has made her country proud.

The past few days in Costa Rica have been all about Brisa Hennessy. Everyone from the President on down has weighed on her surfing success at Tsurigasaki Beach in Tokyo, Japan.

But last night, her Olympic dream came to an end as Hennessy went out in the quarter finals of the women’s surfing event to American Caroline Marks.

Marks and Hennessy competed under torrid conditions, as Tropical Storm Nepartak affected the swell, creating choppy, frustrating waves. The storm even forced Olympic organizers to move up the medal heats by a day, before the swell abated and even messier weather arrived.

In a series of tweets last night, President Alvarado talked of his pride in Hennessy, thanking her for her love of Costa Rica and calling her participation “historical.”

Other politicians weighed in, with PUSC diputado candidate Juan Carlos Hidalgo thanking Hennessy for choosing to represent Costa Rica – as dual U.S./Costa Rican citizen, so she could have taken another route in her professional surfing life if she’d wanted.

Hennessy qualified for Tokyo 2020 in 2019, through her ranking in the World Surfing League. She was the first Central American surfer to make it to the Olympics.

Costa Rica teammate Leilani McDonagle qualified through the El Salvador ISA World Surfing Games in May, and Carlos Muñoz, also Costa Rican came in at the last second after another surfer tested positive for Covid and couldn’t compete.

Despite not winning a medal, Hennessy’s Olympics leave her 5th in the world.

“Without the support of each Costa Rican, I wouldn’t have been able to be here. I thank Costa Ricans for their love, for making me love my sport, and for giving me this joy,” she said.

Thread: There are 90 athletes competing in the Tokyo @Olympics from Central America. That’s 68 individual athletes plus a football (soccer) team.#centralamerica #Olympics https://t.co/8pm7rRoplg