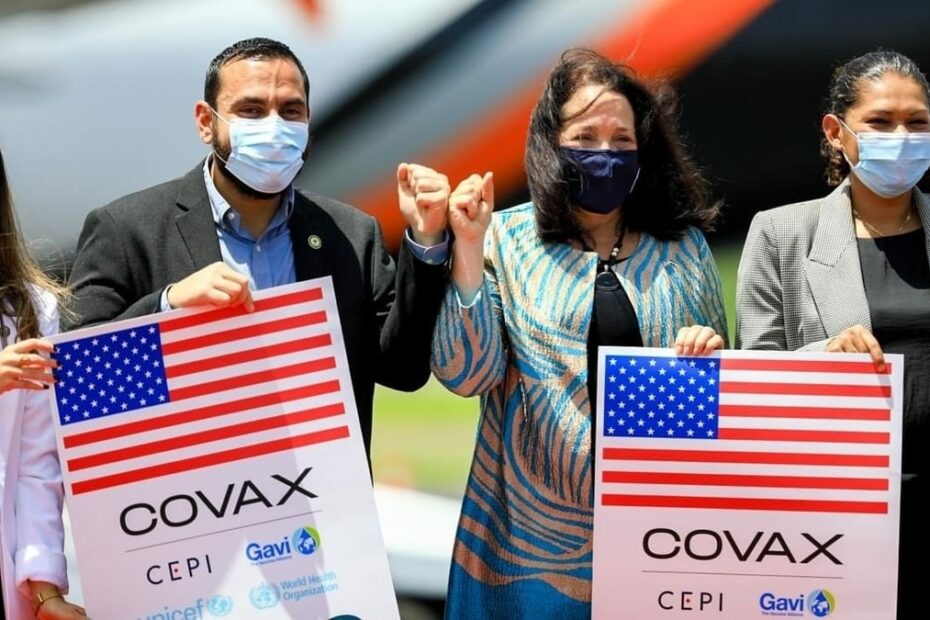 Things are now moving fast(er) with the Central America vaccine programs. Here’s a look at the latest.

It feels like only yesterday we were writing about this. Talking about about the United States donating massive amounts of Covid-19 vaccines to Central America to reinvigorate a slow process.

We take a look at the recent Covid vaccine donations to Central America from the United States. 5.5 million doses since July 8. Who received what?https://t.co/Y7RwTfY1JK

We wrote yesterday that “we’d see” if the rest of the region would receive anything from the United States, and now we’re seeing. Let’s take a look at the latest.

El Salvador received 1.5 million doses of Moderna today. This donation, like a previous donation in early July, comes through the COVAX initiative. That means, unlike the 5.5 million doses to Costa Rica, Panama, and Guatemala, they’re not direct, bilateral donations.

COVAX is a global initiative, signed up to by most countries around the world, to enable an even spread of Covid vaccine. Rich countries with the spending power to buy vaccine direct from the manufacturers have far higher rates of vaccination than poorer countries, without such spending power. COVAX seeks to address that.

But the initiative was struggling for a while. Earlier this year, as rich countries got their own vaccination programs underway, there was little incentive for them to donate to COVAX. Now they have higher vaccination rates, they’re ready to unload their enormous amounts of surplus vaccine to the rest of the world. And that’s what we’re seeing here.

The United States was always going to be the most important donor nation to COVAX. It took a while for the Biden Administration to get on board with the program outside of saying the right thing, but now they’re donating with gusto. Both through COVAX and direct.

It’s not entirely altruistic. There are geopolitics at play here, the same as in every other aspect of U.S. foreign policy.

While the U.S. was busy on its own domestic vaccination program earlier in the year, China and Russia were both donating their own vaccines around the world, including to Central America, the “backyard” of the United States.

The last thing Biden wants is Central America cozying up to (and being grateful to) China instead of the U.S. Hence the current vaccine donation drive. Cynical? Yes, it’s a cynical world. And Central American geopolitics as they relate to the United States are even more so.

But whatever the reason for the current U.S. generosity, it’s good news for Central America and its people. Your average Salvadoran doesn’t care about the geopolitical reasons why 1.5 million doses of Moderna came today. They just want the vaccine.

El Salvador, by numbers of people, is currently the most-vaccinated country in Central America.

So far, some 2.41 million Salvadorans have received at least one vaccination, with 1.37 fully-vaccinated. That puts it some way ahead of Costa Rica, the region’s second-most vaccinated country. Costa Rica, though, has a higher percentage of its citizens vaccinated.

This is probably why we’re now starting to see some inter-Central American donations.

El Salvador, with its donations coming in from China and the U.S., now feels comfortable enough to donate vaccines on its own. Yesterday, it donated 78,000 doses of AstraZeneca vaccine to Honduras, whose vaccine program is way behind El Salvador’s.

Sections of the Salvadoran press are making much of this donation, breathlessly lauding lauding President Bukele’s generosity. While it’s true this is a good move, and more regional cooperation like this would work wonders in Central America, given Bukele’s populist tendencies. A nice portrait anyone?

Honduras, for its part, is also set to receive its own 1.5 million Moderna doses from the U.S. via COVAX in the coming days. This comes on top of an earlier 1.5 received on June 27.

Central America, kind of like the world in general, finds itself split in two with its national vaccine programs.

Costa Rica, El Salvador, Panama, and Belize are streaks ahead of Guatemala, Honduras, and Nicaragua. It’s no surprise the latter three countries are the ones who’ve most mismanaged the pandemic.

But will we see the “have” countries in Central America follow El Salvador’s lead and donate to the “have nots”?

It’ll be a while, for sure, but it would be nice to equalize things up a little more throughout the region. Time will tell if that’s a go or not.