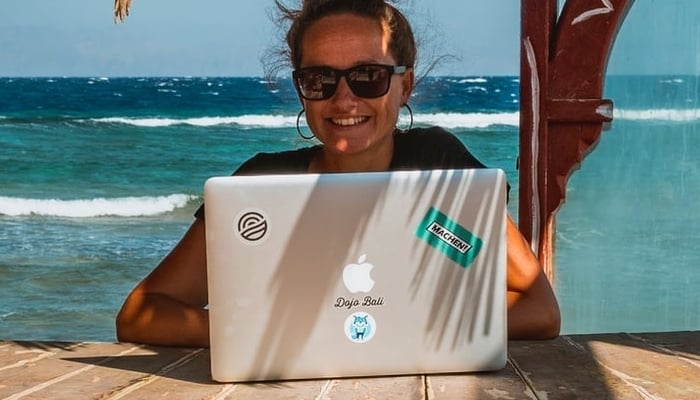 A bill to attract digital nomads and remote workers to Costa Rica is making lightening-speed progress through the Legislative Assembly. This week, it passed another hurdle on the road to becoming law.

Costa Rica‘s proposed “Law to Attract International Workers and Remote Service Providers” is moving fast through the legislature. This week, the legislature’s Tourism Commission were unanimous in voting for Bill #22215. It’ll now head to the Legislative Plenary for further discussion.

This is usually the last step in Costa Rican politics for a bill before it goes to the president for signing. Only introduced at the end of September, the bill is moving far quicker than the usual snail’s pace of legislation in Costa Rica.

If passed, the bill will open Costa Rica up for foreigners to live in while working remotely for their clients or employers.

The concept of remote work, already growing before COVID-19, has come to the forefront since the pandemic began.

As companies around the world closed their offices and made their employees work from home, many countries have been trying to attract remote workers to their shores. The idea is that countries reliant on tourism become havens for remote workers to come, stay, and spend money.

A plethora of counties in the Latin America and the Caribbean region have introduced laws to attract remote workers in 2020. It’s exciting that Costa Rica may well soon be joining them.

A look at the concept of remote working in Costa Rica and how it could be a major boost for tourism in a post-pandemic world.#remotework #remoteworking #CostaRica https://t.co/WYDIl0QohU

As the bill stands, remote workers will receive permission to stay for one year in Costa Rica.

They will be able to extend for another year if they wanted, and can also include their spouse/partner, children under the age of 25, and those of legal age living with them.

Remote workers coming to Costa Rica would be exempt from paying income taxes and import taxes on any equipment they need. Remote workers will also be able to open a Costa Rican bank account and get a driving license. These are things only citizens and legal residents can do right now.

To qualify, workers would need to prove regular earnings of at least $3,000 a month. Those coming with family members would need a minimum $4,000 per month income.

Workers will also need to buy private medical insurance to cover them and their family for the length of their stay.

The bill is the brainchild of PLN diputado Carlos Ricardo Benavides.

Benavides is the president of the legislature’s Tourism Commission and was Minister of Tourism from 2006 to 2014.

He sees the initiative as a way to boost the economy of Costa Rica by making it easy for earners to come in and spend money.

“The idea is they come for a long stay,” said Benavides this week. “They consume Costa Rican products, rent rooms, rent cars, and stay up to a year, initially.”

“These are not workers who compete with Costa Ricans. They have jobs destined for their countries of origin, be it the United States, Canada or Europe. They are digital nomads, people with good purchasing power and conditions to stay for a long time.”