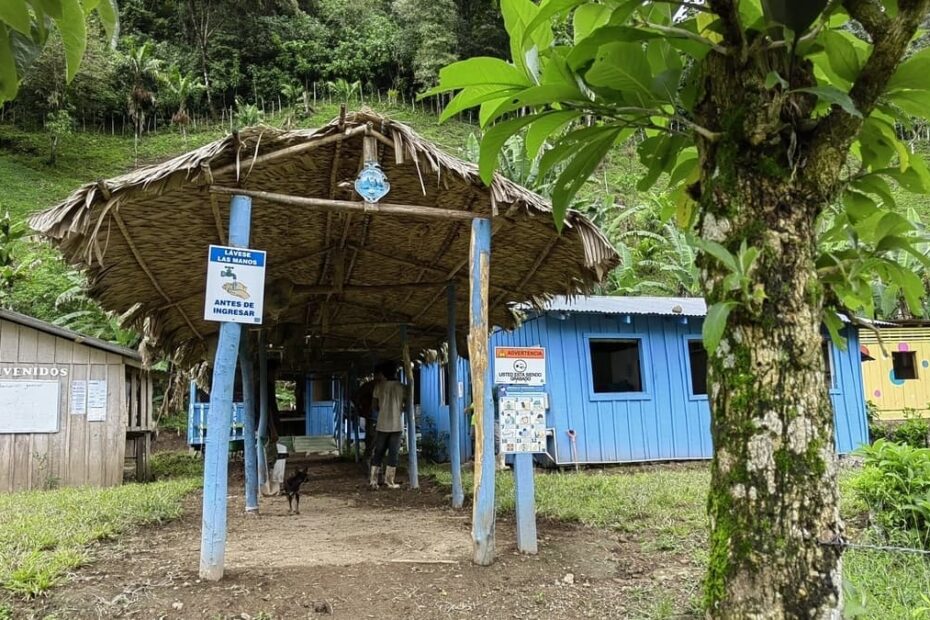 About how a remote indigenous school in Costa Rica’s Talamanca Highlands is now connected for the first time, thanks to satellite internet company Itellum.

The UlujeriÑak Educational Center isn’t the easiest place to get to in Costa Rica.

If you’re traveling from San José and the Central Valley, expect a two-hour drive to Turrialba (east of Cartago), followed by another four hours in a rural taxi to the end of a rough road. From there, there’s nothing for it but a 30-minute walk to the indigenous community that the school serves.

With logistics like that, it’s no surprise that UlujeriÑak hasn’t had internet before, although not for want of trying.

Delgado teaches 32 students at the UlujeriÑak Educational Center, all from the indigenous Cabécar people from these remote Talamanca highlands. He’s worked at the school since 2018, and requesting internet from FONATEL was one of his first tasks.

“I have the emails where around four years ago, FONATEL gave the go-ahead for a cell phone tower. But still in 2022, we’re still waiting for it,” said Delagdo.

Which country has the fastest internet in Central America? Whether you’re traveling on vacation or planning to live in the region as a digital nomad/remote worker, it’s an all-important question. https://t.co/eroUGc0iIT

Last week, Itellum completed its installation of over twenty satellite internet services around the country, including this remote education center.

Now, the students living here can, for the first time, do things most other people take for granted. Voice and video calls. Surfing the internet. Sending and receiving files. All powered by solar energy.

“Our commitment is to close the digital divide in Costa Rica,” says Itellum CEO Tim Foss. “Even in areas where it is impossible to deploy fiber optics, copper, or coaxial cable. And even where there is no 3G and 4G mobile network coverage.

“It’s an honor to connect Costa Rica’s first indigenous schools. We are bridging the digital divide here in Costa Rica. The most disconnected and under-connected now have high speed, high throughput satellite internet.”

Itellum uses Hughesnet’s Jupiter 2 satellite to offer 25 mbps of internet across the country.

The arrival of @ItellumCR‘s satellite internet is game changing for both remote communities and remote workers in Costa Rica, especially when more people are staying in and working from home.#CostaRica #SatelliteInternet #remoteworking https://t.co/fmTC1OpdfD