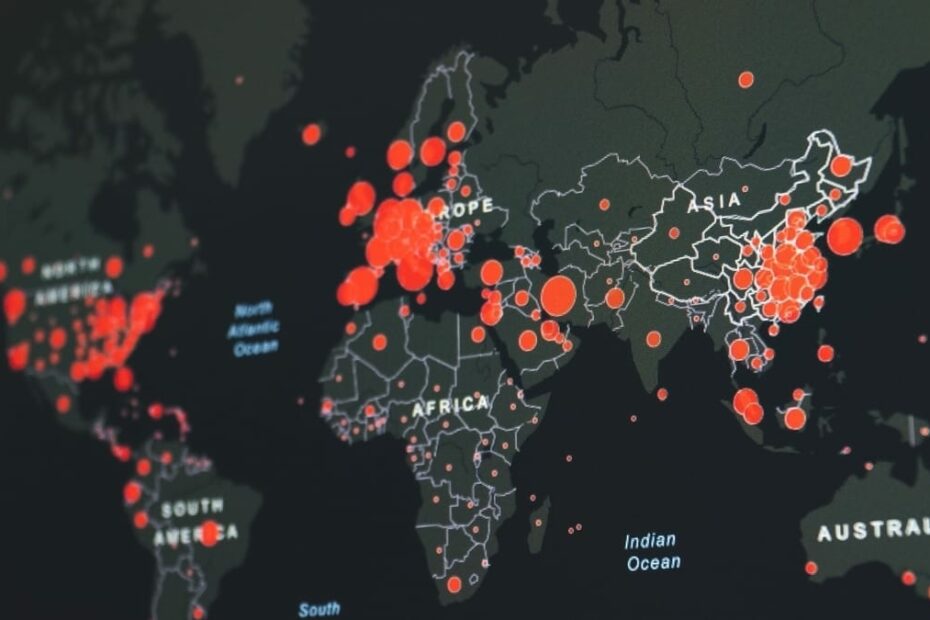 Costa Rican businessman David Segura talks about the U.S. Centers for Disease Control’s Level 4 labelling of his country and urges politicians and leaders to press the United States to lower it before what’s left of the economy goes off a cliff.

I hope you don’t think this is another one of those Covid stories. You know, one of those pro or anti lockdown or vaccine pieces, or another article complaining about “counts” or the science. I’m not writing anything like that at all, from either angle.

What I’m doing here is trying to determine what should be an appropriate response to what the U.S. Centers for Disease Control (CDC) has done to Costa Rica.

The CDC is a federal agency operating as a division of the Department of Health and Human Services. According to their mission statement, “CDC works 24/7 to protect America from health, safety and security threats, both foreign and in the U.S.”

The mission statement goes on to say that, “CDC increases the health security of our nation. As the nation’s health protection agency, CDC saves lives and protects people from health threats. To accomplish our mission, CDC conducts critical science and provides health information that protects our nation against expensive and dangerous health threats, and responds when these arise.”

So who listens to the CDC? Presumably, people heed their warnings considering they’re the government agency tasked with informing Americans about the current pandemic.

If people don’t listen to the CDC or take their advice, then there’s no point in their existence. So I’ll assume that when the CDC makes an official statement, people listen and heed their warnings. Other government sites like the National Institutes for Health (NIH) also link to the CDC for information on Covid.

So what am I saying here? What’s my point?

My point is that the U.S. government, through the CDC, has cut the legs from under tiny Costa Rica for some unknown reason. And I don’t understand why and I don’t know what we should, or can do about it.

Let me explain. The CDC publishes travel advisories for every country in the world, giving them a level from one to four depending on how “risky” they are to visit. By “risky”, I mean how likely you are to catch Covid in that country.

Level 2 is higher risk. Here, the CDC says “unvaccinated travelers who are at increased risk for severe illness from COVID-19 should avoid nonessential travel to the these destinations.”

Level 3 gets riskier. According to the CDC, “unvaccinated travelers should avoid nonessential travel to these destinations.”

For the past few months, Costa Rica has been a Level 4 country, the most “dangerous” type of country for Americans to visit, according to the CDC.

This categorization comes as a result of Costa Rica‘s soaring Covid numbers and slow vaccination program since April.

But here’s the thing. Costa Rica’s Covid numbers have dropped since they peaked in mid-May. And although vaccinations are slow across all Central America, Costa Rica is ahead of everyone else in the region. And yet when the CDC revised their travel advisories last week, they kept us at Level 4 here in Costa Rica.

We are, in fact, along with Nicaragua, the only two Level 4 countries in Central America. Nicaragua is Level 4, I’m sure, for political reasons, and because they’ve covered up and lied their asses off about Covid from the start. Panama, Guatemala, and Honduras are Level 3, El Salvador is Level 2, and Belize Level 1.

And we’re stuck at Level 4 with Ortega’s Nicaragua, the basket case of Central America, even though our numbers are dropping.

An irony of all this is that if we review the facts, 43 U.S. states and territories have a higher Covid mortality rate than Costa Rica does.

And still the CDC says “avoid travel” to Costa Rica. It makes no sense.

Sure, we can slice and dice data from any presumably reliable source for as long as we want but the fact remains that Costa Rica is doing much better than the U.S. in June 2021, even with the advanced state of the vaccination program up there. So where’s the CDC travel advisory stating “avoid travel” from any state to any other state or from Costa Rica to the U.S.?

If you squeeze Costa Rica into the Statista chart below, you’ll find it way down at the bottom, between New Hampshire and Puerto Rico.

So should the Costa Rican government take the same aggressive measure and tell people to “avoid travel” to the United States?

Of course not. That would be economic suicide.

Our economy is suffering, our national debt continues to soar out of control, and our small businesses are being brutalized. Tourism is way down anyway, and the U.S. government pulls the rug out from under us by telling travelers to “avoid” Costa Rica.

Costa Rica’s impact to the U.S. is pretty much meaningless. We’re like an “orphan step child” to Washington D.C. with some 0.05 percent of global GDP. There’s not much we can do or say that would make a dent in the rhetoric.

Maybe it could start with lobbying the U.S. Ambassador to Costa Rica. Then push an aggressive campaign to take it to higher authorities, with clear and precise reporting and accountability of actions documented. It could be they’re already doing that, but as a Costa Rican citizen, I’m not hearing that they are, and I should be.

It’s no surprise that official unemployment in Costa Rica has been over 20 percent since the pandemic started.

New figures suggest a slight drop to 17 percent, but if you include informal jobs lost, the percentage is much higher. During the height of the global lockdown last year, Costa Rica had among the highest rate of job losses in the world. Added to that, the percentage of tourism to Costa Rica’s GDP has dropped from 13.5 percent to around three percent.

In 2019, Costa Rica received some 3.1 million foreign tourists, 1.3 million of whom were from the United States. That works out at around 42 percent. In dollar terms, the Costa Rican Tourism Institute (ICT) estimates each visitor spends approximately $1,592.10. In 2019 that’s around $2.7 billion dollars spent by visitors from the U.S. alone.

Per World Bank data, that figure would place Costa Rica among the nations with the highest unemployment rates: https://t.co/6SDCRahMPT

In November 2020, Costa Rica Minister of Tourism, Gustavo Segura spoke to travel industry magazine Skift, where he spoke of Costa Rica receiving the World Travel & Tourism Council (WTTC) Global Safe Travels Stamp. This stamp was for Costa Rica’s efforts to rebuild confidence among travelers through safety protocols “that align with WTTC, WHO and CDC guidelines.”

It seems odd, that Costa Rica following all the correct guidelines from the CDC, then gets shunned by the same CDC.

We need to push the United States to give us back our dignity and a large part of our economy by dropping the advisory to “avoid” Costa Rica.

Considering our current economic situation, one would think it prudent for Costa Rican officials to approach the CDC and urge the elimination of the advice to “avoid” Costa Rica. Would it make any difference? Who knows?

But one thing I’m sure of is that if we don’t pull out all the stops to get Costa Rica back to its pre-pandemic economic condition, we’ll continue to suffer. Not only from the direct effects of the virus itself, but also economically and psychologically. And that could be much more debilitating than we’ll ever know.

David Segura owned one of Costa Rica’s biggest real estate and development companies before going into retirement to concentrate on paragliding instruction, motorcycles, music, and writing. He holds a masters degree in urban planning and business plus a bachelors in government. David lives in Escazu, Costa Rica.