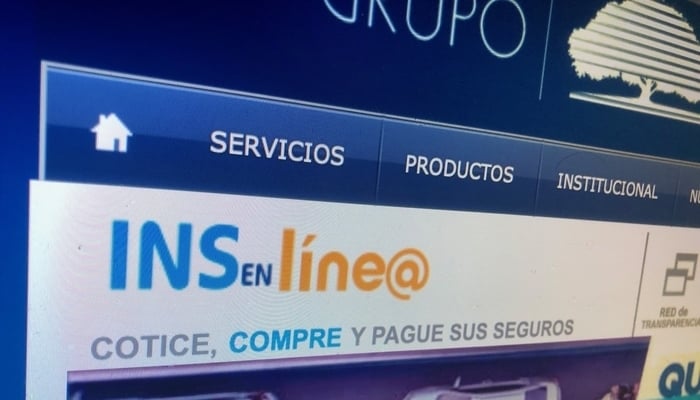 As the government appears to backtrack over forcing tourists to buy their Costa Rica insurance from the INS, we look at the outcry and wonder why this whole episode couldn’t have been avoided in the first place.

A growing number of critics are reacting to the new rule about travel insurance in Costa Rica for tourists as President Alvarado orders a rethink.

What’s upsetting people is Costa Rica only accepting its own, government-issued insurance for tourists, and no other.

And, of course it goes without saying that the INS insurance (Instituto Nacional de Seguros – the state insurance provider) is much more expensive than anything else out there. Prohibitively more expensive for a great deal of people.

Since the announcement this week, it seems like everyone’s whipped out a pen and started doing the math.

How much for a 30-year-old coming for two weeks? What about two 70-year-olds for a month? A 52-year-old man for eight months? Yadda yadda yadda. The answers to all these questions are … a lot. It all adds up to a lot of money.

Enough money to put Costa Rica out of reach of many people, including people with homes and lives down here.

I’m not talking about only tourists. I’m talking about snowbirds. About people living here until they decide to get residency. Even people in tramite for their residency. All these people, under the new guidelines, will have to pay thousands to enter Costa Rica.

They might be better off not bothering. Although if you have a home or business here you can’t simply decide to go to somewhere else.

A Complete Breakdown of how Much it Will Cost to get Into Costa Rica on Vacation https://t.co/eeW3GesltV

According to Costa Rican journalist Amelia Rueda, tourists are already cancelling their planned trips, even if they can get into the country.

A Canadian tourist told her he could buy a year’s worth of travel insurance covering Costa Rica’s COVID-19 requirements for $110. The INS option would cost him over $900 for two weeks.

What it seems like is a naked money grab in a world where no-one has any money.

People can forgive pandemic restrictions. They can forgive a lockdown and travel ban and all that comes with it.

What they can’t forgive is a money grab. A government making up its own rules about travel insurance and then ensuring that no-one else can sell said insurance apart from them, at an extortionate cost.

This is the type of thing that can put the nail in the coffin of Costa Rican tourism. It could suck out all remaining trace of pura vida that still exists after five months of destruction.

It’s the type of thing tourists won’t forget, especially as neighbors like Belize have no such rules in their reopening plans. How can Belize organzize their reopening so much better that Costa Rica? I know there are objections in Belize about reopening in August, but they still seem to have a better handle on the practicalities.

Does Costa Rica think it’s so special that people will pay over double the cost of their flight for travel insurance they could buy for a fraction elsewhere?

And it’s not only the tourists themselves complaining. Obviously, the tourist industry in Costa Rica – what’s left of it – are unhappy.

One tourism entrepreneur said it’s like being thrown a brick instead of a life raft. Futuropa, an organization dedicated to promoting Costa Rica as a tourist destination in Europe, said the plan would destroy Costa Rica’s good image over there.

Pretty much every post on the 12,000+ member Emparesarios y Trabajadores de Turismo en Costa Rica Facebook group talks about this issue and how it will kill off their already damaged livelihoods. The number of people in that Facebook group at their wits end is heartbreaking.

And then there’s the insurance industry in Costa Rica. They came out early, reminding the government they were no longer a monopoly like in the old days. Anyone remember having to get on a waiting list for a mobile phone number? Yeah, those days.

Norma Montero from the AAP (Costa Rica’s Association of Private Insurers) criticized the government for designing its own insurance package and then banning everyone else except for their own company from selling it, while at the same time obliging tourists to buy it to enter the country.

You have to admit, there’s something very, very wrong with that. The optics look terrible.

Politicians also rallied against the plan.

In a tweet, he told the president that charging such high insurance prices while banning anyone else from selling cheaper quotes was unsustainable.

Since all the fallout, the president has ordered a review into the situation, seeing if it’s possible to accept other insurance from tourists. The move is welcome, of course, and the chances are the government will now drop the plan.

But not without causing a great deal of stress and heartache for tourists, long-term visitors, and businesses first. And it was all unnecessary.

So you have to ask yourself, who comes up with this stuff? Who signs off on it as a good idea?

It all goes back to the COVID-19 confusion I spoke about this week. The government comes out time and time again with measures and rules that make zero sense. And then they backtrack. We had the alcohol thing the other week. And now this.

Last week, Gustavo Segura, the tourism minister told us tourists coming in from August 1 would need insurance. That’s fine. But did he know a few days later some bright spark would say, “Hey let’s force them all to buy insurance from us at five times the cost of regular insurance. How does that sound?”

I’m sure he never knew. And without speaking for him, but knowing he’s been a mover and shaker in Costa Rican tourism for decades, I bet he was appalled when he found out. I can’t see any way he wouldn’t have been. I bet he felt blindsided. Maybe I’m wrong but I don’t think so.

It would have been the second time in less than a month on the job. Remember the debacle about whether national tourists could drive to hotels or not? That one cost hotels money and threw confusion around like confetti. I feel for him. He must be wondering if his bosses even want tourism or not.

At this point, I don’t think they do.

I think they want to pretend they want tourists, to tell the industry they’re trying to open up. But in reality, they hope no-one comes. I can’t see any other reason for continuing to make such a mess out of the whole thing. Or are they simply incompetent?

If they don’t want tourists, don’t allow them. Tell the tourism industry, Costa Rica’s biggest money-maker, they’re not opening the doors to anyone until the virus is under control, punto. See you in November. At least it would be like ripping the band aid off at once. Just stop, again, with the mixed messages and confusion. For the third time, please stop.

With two days left until the first tourist flight (from Madrid) arrives it seems chaos and confusion still reign supreme in Costa Rica.