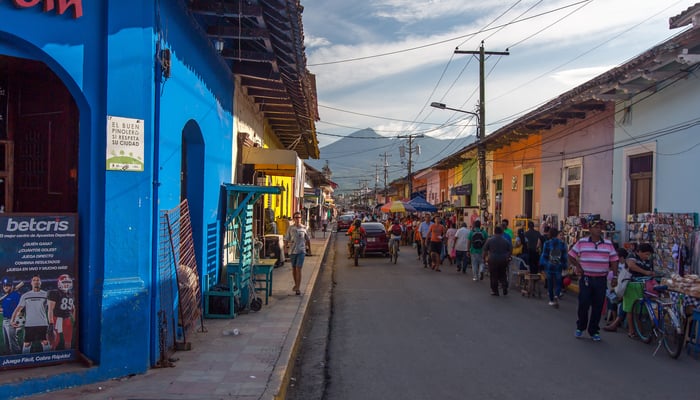 I read with interest a recent article about the several flavors of expats in Central America.

It got me thinking about the flavors of expats you’ll find here in Nicaragua, especially compared to Costa Rica where the author of the article lives. Because if there are any two neighboring countries more different to each other than Costa Rica and Nicaragua, I don’t know what they are.

To begin with, the Spanish spoken in both countries differs from the other, complete with pronunciation, idioms, and slang.

A Nicaraguan takes about half-a-second to tell a person is from Costa Rica once they speak their first vowel. And Ticos love to make fun of Nica Spanish. They say, ¨los Nicas comen los eses,” which means they eat their word endings, which is true.

It also means something else, like a strong ethnic insult. Expats don‘t often pick up these subtleties.

And there is quite a difference in the expats I run into in both countries.

Historically, Costa Rica had the most expats running around, and Nicaragua the fewest, going back to a 1903 census of Nicaragua.

The early 20th century, when the wild and wooly geopolitics of Nicaraguan president Jose Santos Zelaya were in full bloom, attracted nothing so much as American mercenaries.

Banana man Samuel Zemurray made a lot with bananas in Honduras but never got very far in Nicaragua. This tendency has continued.

Nicaraguan politics in all its inscrutable facets, have not helped to attract expats.

In so many ways, the geography, flora, and fauna of Costa Rica and Nicaragua are alike.

All the symbols of Tico attractiveness – quetzals, red-eyed frogs, various vipers, and myriads of orchids – are also in Nicaragua. The cloud forests in Nicaragua are extensive, as are the mountains.

There are extensive pine savannas, mangrove swamps, and many natural reserves, like SI A PAZ at the mouth of the Rio San Juan, and Bosawas by the Rio Coco.

The largest bodies of fresh water between the Great Lakes and Lake Titicaca are in Nicaragua. Bosawas has the largest extent of jungle north of the Amazon basin.

All this said, the expats here are different.

As mentioned, they are a lot fewer. But what few there are could well come under the following categories:

Many rely only on their social security for income, and can live on that.

Expats can get residency status with a $650 income for retirees and $1,000 if they have a business. If they get here and work before they are 55 they can access Nicaraguan social security for $35 per month, a single-pay system that covers everything. I am on it and I like the medical care, located one kilometer from my home in Diriamba.

If I need a private consult, they are inexpensive, usually around $20. Ditto for dentistry.

As a result, many retirees live here on $1,200 per month, including everything.

They are all over the country and are most visible on the Facebook groups like Expats in Nicaragua.

My old students tell me Nicaragua has great surfing from the Tico border north to at least Chinandega.

I dunno as I try to stay out of the sun to keep my dermatologist and wife happy. Old squamous carcinoma.

The surfers are a young, hip crew, centered in San Juan del Sur, but scattered all along the coast, at Popoyo, El Gigante. and El Astillero.

Perhaps the biggest single group of expats here, or at least the biggest visible group, are the Evangelical missionaries.

They differ from their highly secularized countrymen in Costa Rica, usually tied to a church in the States, with a local base of operation in Nicaragua.

And they have their own points of view.

When the Southern Baptists opened a branch campus of the University of Mobile in San Marcos in 1993, they brought all their intellectual baggage with them, including a discussion of whether they should teach creationism.

That issue never got decided one way or the other as the Southern Baptists lost their taste for Nicaragua and skedaddled in 2000.

Over the years Catholics – usually orthodox, conservative Catholics – have entered Nicaragua, like those led by Tom Monaghan, of Domino’s Pizza fame, who helped finance the New Cathedral in Managua.

They were restorationists, who felt mass should be in Latin, the priest should turn his back on the congregation and address the statue of the Cross in services. They were anti-abortion and had their own views on the relations of women and men.

Like the Southern Baptists, they also lost their taste for Nicaragua, and the San Marcos campus became a secular university.

There is also the Church Of Jesus Christ of Latter-Day Saints, the Mormons. Their churches are unmistakable all over Nicaragua, many built after 1990. They have issued no statements on the local situation, and probably never will. But they keep on building big, solid churches all over the place.

The satraps of the expats are the diplomatic corps of the American Embassy.

They sort of hang together, spend usually three years in Nicaragua, and then go on to another post. Most expats might never meet them as they seldom mix, apart from a couple of exceptions.

To latch onto USAID spinoff contracts, a coterie of hangers-on keeps up their contacts with the embassy and occasionally gets contracts to do various things for subcontractors.

The Nica Act and Trump foreign policy has cut this back, but the hangers-on keep hoping things will get better here.

Another group is the hotel restaurant, real estate agents, and tour operations owners who are starving under the present situation.

No-one knows when the situation will change, and when tourists will come back to explore the tourist centers of Granada, Leon, and San Juan del Sur. But hope springs eternal…

Farther down on the totem pole are the teachers hired Stateside to teach in bilingual schools and the one American university operating in Nicaragua.

To paraphrase Hemingway, the diplomats differ from the teachers because they make more money, a lot more money.

This group is mostly young, hip, and a lot of fun to be around.

They get out and about, some can speak the language, and they sure are more lively than retired baby boomers with arthritis, calcified thinking processes, and petrified politics.

And then there are a few of us who love Nicaragua and do things regarding the country.

One chap is an expert tropical biologist. If you want tropical animals, including quetzals, cichlid fish, and weirdo frogs, he’s your man.

Another, a former student of mine, is ramrodding the building of a mountain lodge. He’s putting together ideas of limnology, tropical hardwoods, and lodge construction to make a unique hotel experience in the cool mountains of Matagalpa.

Two chaps I know are trying to unravel the prehistory of Nicaragua, down to the parts per million of pre-Columbian potsherds.

And then there’s me.

I collect Nicaraguan orchids. And I’m an old miner. I have done a lot of scholarly things, wandered over much of the country on a horse or canoe, published books and talked about Nicaraguan themes at conferences throughout Central America and Mexico for 25 years.

But the most fun of all has been panning for gold in the northern mountains, and mining silver ore in old Spanish mines I found by reading old, colonial mining reports.

Life is good in Nicaragua if expats look for things to do.

Like old Willie Nelson mentioned in his movie, Barbarossa, some want to be entertained, and others entertain themselves.

Here you make your choice.

A short tribute to Pat Werner, a centralamerica.com contributor and...