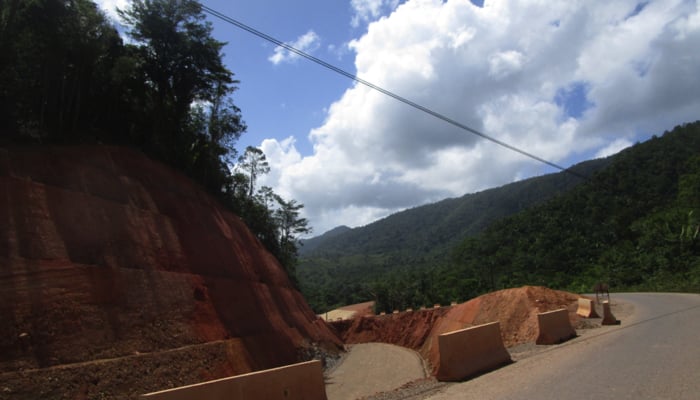 The Hummingbird Highway, Belize was always one of the world’s great road trips. But new construction to straighten and widen this historic route threaten the classic Hummingbird experience. The road will be faster and safer, yes. But at the expense of what?

The beautiful Hummingbird Highway, Belize connects the capital Belmopan to Dangriga, Stann Creek. It runs through small villages and stunning mountains, and those of us living on the Placencia Peninsula use this road all the time.

The Hummingbird Highway is a lifeline for us to get pretty much anywhere we need in Belize, including Belmopan, Belize City, and the airport.

Despite its spectacular scenery, there were always safety issues with Hummingbird Highway. The road is paved well, for the most part, but with a number of dangerous stretches along the route.

Large trucks on the winding up and downhill sections caused many issues. They would slow right down to a snail’s pace on hills and turns, causing frustration for other vehicles on the highway.

Every time I drove this highway, I would come upon a large tractor-trailer “snailing” its way up the hills.

Now, if you drive in Belize a lot, you’ll know that many Belizean drivers – and many foreign ones, too – have no patience. They’ll end up overtaking these trucks despite the lack of passing lanes, and despite whether they can see what’s ahead. Accidents, wrecks, and casualties were common.

Getting around Belize by road can be sketchy anywhere, but the Hummingbird Highway was always notorious.

And then you had the old bridges along the way, many without guardrails, and full of potholes.

Originally railway bridges, built for transporting bananas in the 1930s, they were another major source of accidents, in disrepair, and in need of fixing.

When you approached these narrow bridges, you needed to slow way down. Often, no signage warning you about these bridges existed.

Many bridges had speed bumps to slow you down, which meant local people put their roadside stands at them. They would always make a good place to stop and buy coconut oil from a young child.

I would always warn anyone planning to drive from, say, the airport to the Placencia Peninsula, to be cautious and to never do it at night. The trucks, bridges, and potholes were bad enough during the day, let alone after dark.

Despite all that, I always felt a sense of nostalgia when traveling the Hummingbird Highway.

You’d take in the mountains, the quaint villages, and even the old bridges.

But now the Hummingbird Highway in Belize is changing. Progress is arriving in this part of the world.

In many places, they’ve temporary roads or detours around the old bridges, where I had believed they would build new bridges. Below these, they were building large concrete culverts for the water below to pass.

And then a few weeks ago while traveling to Belmopan, I discovered the first bridge disappeared, replaced by a massive expanse of road. No more historic bridge.

This was sad as the bridge gave you a reason to slow down and stop into the small coffee shop on the other side.

As I continued on to the other bridges, I found that many are going the same way. Although this will eliminate the dangerous bridges, it will also cause hardship for locals who depend on selling produce to passing cars. It will also create a “speedway”, as there won’t be any reason to slow down anymore. I hope the small villages at these points install a speed bump or two.

They’re also widening the Hummingbird Highway by taking away the frontage of village homes along the way.

Sometimes, vehicles will pass real close to villagers’ front doors. Some homes, where the new road will be a lot lower than the level of the existing highway, will now have to add in drastically inclined driveways.

The bottom line is the beauty of the historic Hummingbird Highway will disappear, but the road will be safer.

And I have to admit the construction crews are doing an awesome job. The road is already looking better than many places I’ve lived in the US.

Any progress here in Belize is a good thing.

But forgive us our nostalgia for the old Hummingbird Highway in Belize, warts and all. At least those of us who have experienced it will still have the memories of days gone by.