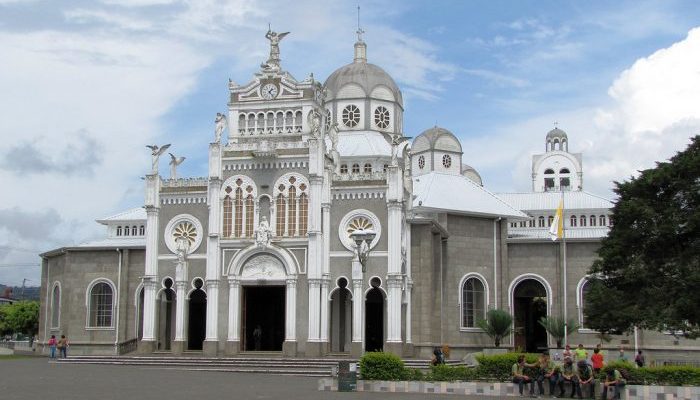 JP Sears And How Not To Make Something Go Viral

Do you ever dream of being shameless?

Or wishing to capitalize on a random local event or occurrence for your own benefit? Hoping it will go viral and provide you and your website much-needed attention?

If so, read this essay.

This is a brand new website. So thank you for being here. The reason you are here is nothing to do with our failed campaign to make JP Sears walk the Romeria in Costa Rica. As much as we wish it to be, it isn’t. Because our campaign failed.

This is our own fault. Well, to be frank, my fault.

I took something that provoked outrage here in Costa Rica and attempted to exploit it for my own ambitions. Cynical? You bet. It should have gone viral. It didn’t.

JP Sears And The Backstory

Before I explain this failure, I should back up a little.

In June 2017, an American comedian called JP Sears published a video. JP Sears publishes many videos. Most of them mocking the particular type of people for whom gluten intolerance is more severe than cancer. He’s hilarious and his videos are excellent.

Now, anyone familiar with Costa Rica knows many people here are thin skinned. It doesn’t take much to insult them, and JP’s video, where he poked fun at the architecture, the wildlife, the food, and a particular type of hippy-dippy expat who comes to Costa Rica, was too much for many. A shit storm ensued. People, you must understand, can’t make negative observations about Costa Rica under any circumstances, even in jest. It is unthinkable to do so.

“We should look at it [South Park] as the trash that it is. It’s a program of that nature on a network designed for people with a lowly upbringing and bad customs.”

That was one of the nicer comments.

Ticos never forget when someone teases their land. South Park suffered in Costa Rica. You might assume that JP Sears would have learned. But no.

JP Sears’ video in June made Costa Rica forget about South Park. It only took 18 years, but the Great South Park Butt Hurt of 1999 ended at the hands of a soft-spoken ginger-haired YouTube sensation who never knew what hit him.

Within minutes of the video going up on JP’s YouTube channel and Facebook page, the backlash started.

Costa Ricans from every walk of life united in indignation against this gringo who dared insult them. People called him every name in the book and demanded his death, incarceration, and expulsion (not always in that order).

This sort of response was typical

JP’s comments about gallo pinto got this guy’s goat

People who found the video funny—i.e., anybody with an ounce of self-depreciation and humor—found themselves vilified and tagged as traitors to the noble Costa Rican nation. It was messy.

A screenshot from a typical exchange between a butthurt snowflake and someone with a sense of humor.

After two days of unrelenting fury and no small amount of threats, JP Sears did something unheard of, for him. He capitulated and apologized. Many times, as one apology was not sufficient. Not for an insult like this. The main apology went out live on June 30, and for many of us Costa Rica watchers, it was a dark day.

I was angry, myself. People shutting down free speech always vexes me. I recall ranting:

“It’s disgraceful this guy had to apologize. This was an innocuous—and correct—observation on life down here in CR.The threats of violence and name calling over this are unreal. Costa Ricans, who have zero problems disparaging Nicaraguans every day of their lives, getting so upset over a couple of jokes about being late and gallo pinto, is unbelievable.

JP Sears has nothing to apologize for. If this country is so sensitive, then it has problems.Anyone living here a while will remember how upset and angry and “offended” people were over the South Park episode. This is not a new phenomenon. I know no other country that would react like this. Incredible.No-one has a right to not be offended. Not over something as trivial as this.”

A fan called Chris Poindexter summed the whole business up:

“So disappointed JP! Lived in CR for nearly ten years and you nailed it. It was brilliant. Unfortunately, the local snowflakes and crybaby expats (the worst aspects of our time in CR), have won again. Zero sense of humor, no grasp of sarcasm, totally incapable of laughing at themselves. You buckled to the thinnest skins on the planet. No need to apologize, you were spot on and incredibly gentle. You know the funniest things are filled with truth.”

JP apologized yet again, the local press picked up the story and made him apologize further. Some Ticos accepted his apology and carried on with their lives. Others expressed the hope that JP Sears should sit on a sharp spike and swivel until the spike came out through his larynx. In time, the debacle faded.

Costa Rica was a divided nation, but the worst was over. JP went back to doing what he does best – making fun of people who aren’t Costa Ricans. He might have lost fans here, but in the scheme of events, it wasn’t important. After all, with over a million and a half followers on Facebook alone, who cares? JP must have breathed an enormous sigh of relief to get this Costa Rica business out from under him.

So Where Do We Come In?

Well, we don’t. We are nothing in all this. Nothings trying to be something.

Fast forward a few weeks and we were in a meeting in San Jose, discussing the launch of this website. The site you, dear reader, are now perusing. We were chatting about the JP Sears thing.

There were three of us – a Costa Rican, an American, and me (a Brit). Both the American and I are long-term expats in Costa Rica. The Costa Rican, of course, has been here his entire life. All three of us loved the video and none of us took offense. We were all saddened by the apology.

There was an idea running through my head and I pitched it. Why don’t we set up a petition on Change.org to demand JP Sears walk the Romeria?

The Romeria is the pilgrimage Costa Ricans undertake on August 2 each year where they walk to the Basilica in Cartago to seek absolution from La Negrita, the Patron Saint of Costa Rica, for their sins. I figured setting up a crusade to make JP walk the Romeria to atone for his video would be a perfect idea.

Inside the Basilica, the destination of the Romeria

I dreamed of all the butthurt Ticos who were so angry and outraged over his original video rushing to sign the petition.

It wouldn’t matter if JP Sears walked to Cartago or not, the important point was to get the online signatures. If he walked, it would be awesome-we would be there to film him. But it would be a bonus, nothing more.

I set up the petition and wrote a demand in both English and Spanish that JP walks the walk. Everyone would find out about CentralAmerica.com and consider us smart and cool and hilarious.

We were wrong. The petition flopped. Big time. In the end, we got 22 signatures, most of them from our friends and colleagues. How could something we were so sure about fizzle out like this?

Here are the reasons I came up with:

It doesn’t matter. Things either go viral or they don’t. There’s never a middle ground. If we could predict what goes viral and what doesn’t, we would be millionaires.

The best way to make something go viral is to care about the message you’re sending. Our petition was a cynical grasp and anyone who looked deep could have seen through that.

Winning Some, Losing Some

So there ends the saga of how we tried to exploit a local scandal.

You win some, you lose some, but at least this gave me an excuse to write about the JP Sears saga. Something I’ve wanted to do since the original video came out.

The video–and the reaction–said so much about this country I call home. The extreme responses on both sides of the issue were typical. For the vitriol, there was equal support. And then the support turned to vitriol with the apologies. The whole thing summed up the craziness that is human nature and our propensity to overreact to shit. In the end, none of it is important.

But it’s fun to watch.