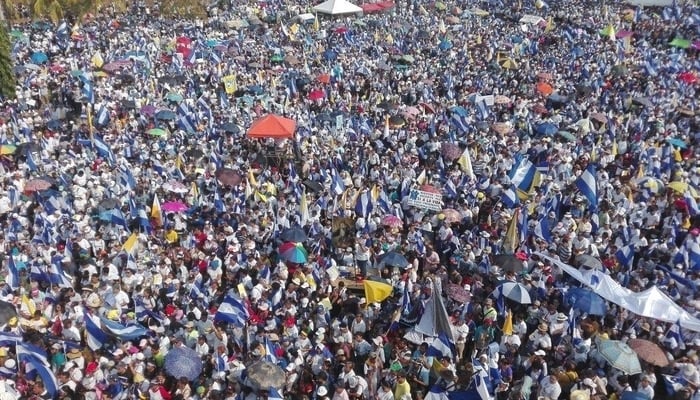 A Quick Guide To The Players At The Nicaraguan National Dialogue

The national dialogue that began yesterday morning in Managua to end the Nicaraguan crisis had no precedent.

When the Ortegas entered the room, the student delegation chanted, ¨Asesino, asesino¨. I never saw that before.

President Ortega talked about the past and how many had lost family members, including his younger brother Camilo in 1978.

Student Lesther Alemán stated they knew the history, looked Ortega in the eye, and asked him to order a ceasefire of the police and paramilitary groups. He also stated outright he was there for the exit of Ortega and said he would not ask the Minister of Gobernacion to order a ceasefire since Ortega was a dictator and could do that.

That boy has true grit.

Then old Sandinista diplomat and now opponent, Carlos Tunnermann, upon hearing Ortega’s discourse, told the president to his face it was disingenuous.

Finally, when longtime Ortega advisor Bayardo Arce tried twice to discuss a solution to the problem of the deficit in social security, Bishop Alvarez of Matagalpa cut him off and ended the meeting.

Below is a quick guide to some key players in the Nicaraguan National Dialogue.

It’s been around for decades and was a thorn in the side of the Sandinista government during the Contra War. Several of its presidents went to jail, including former President Enrique Bolaños.

In the past, it has successfully lobbied the government for legal and tax changes to help business.

Cosep has enjoyed a cordial relation with the government and has been a helpful voice of business interests in Nicaragua.

By April 18, Cosep declared itself against the changes to the INSS that sparked the protests. Once they declared against the INSS reforms, President Ortega retracted them.

But by then, street demonstrations and violence had detonated, and continue up to today. A power player.

Maria Nelly Rivas, head of the American Chamber of Commerce

An able operator who attended the American University in San Marcos and served well as Minister of Tourism. She has always exercised good sense and will give valuable counsel to resolve the crisis and maintain Nicaraguan business operations.

Created by USAID, Funides of late has shown independence and good sense in its business seminars and has not shown a strong political slant.  Chamorro has also offered valuable counsel in business matters and wants to get Nicaragua back working.

He has advocated beneficial changes in agricultural policy and is listened to without getting politically pedantic.

Nicaragua has a huge cattle industry and is famous for its beef. Cattle rustling is a big problem, and so Faganic wants peace restored. They have worked with both the police and army to end rustling. But they are also capitalists and want to resolve matters. 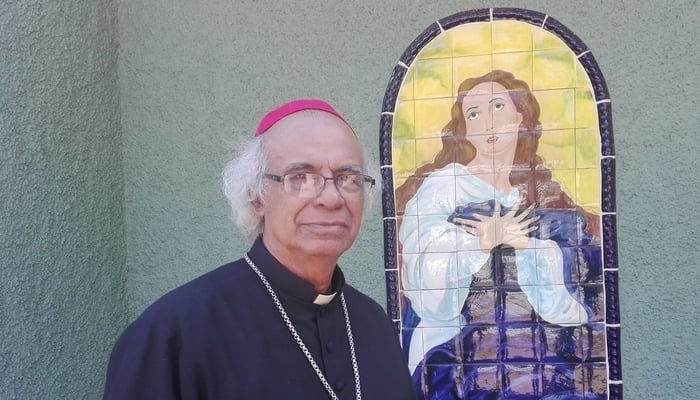 An eminently reasonable man.  As Bishop of Matagalpa, I got to know him in discussing the establishment of a museum of pre-Columbian and colonial artifacts.

An able intellectual and administrator.  Not a Sandinista and a powerful advocate. Baez speaks several languages.

Bishop of Estelí and not a Sandinista sympathizer. He helped to disarm several of the Recontra guerrilla bands in the 1990s.

The Bishop of Matagalpa.

The Bishop of Granada.

The Bishop of Leon. This isn’t Bishop Vivas’ first time as a mediator. In the 1980s he was also a mediator in ceasefire talks between the Sandinistas and the Contras.

First Lady and Vice-President of Nicaragua.

One of the original nine comandantes. He became a businessman and has given competent advice on economic measures for growth for decades.

Rector of the Agricultural University (UNA), and head of the Consejo Nacional de Universidades, the accrediting body of higher education in Nicaragua.  An old line Sandinista, he should support the government position. Protesting students at the UNA have voiced estrangement from Talavera.

Mild-mannered rector of the CentroAmerican University, the site of hard fighting between students and police for several days.

A strong opponent of the government and effective advocate.

Distinguished intellectual, former rector of the national university in Leon, ambassador to the United States and the OAS in the 1980s, and a member of the Group of Twelve formed to end the regime of Anastasio Somoza Debayle.

He wrote widely on higher education and served as the opposition to the Sandinista Party. He also wrote the introduction to my first book on colonial gold mining.

His wife Rosa Carlotta is a distinguished artist and was one of my most able grad students when I taught in a Master’s Program in Nicaragua.

A longtime columnist for the opposition paper La Prensa, his father was one of the first open socialists in Nicaragua.

During yesterday’s National Dialogue,  Lesther Alemán was notable in his eloquent and impassioned plea to President Ortega and the government to end the violence.

In no uncertain terms, he told Ortega (and the world) the national dialogue was first and foremost a negotiation of the terms of Ortega’s resignation.

The Nicaraguan National Dialogue will continue tomorrow (Friday, May 18).