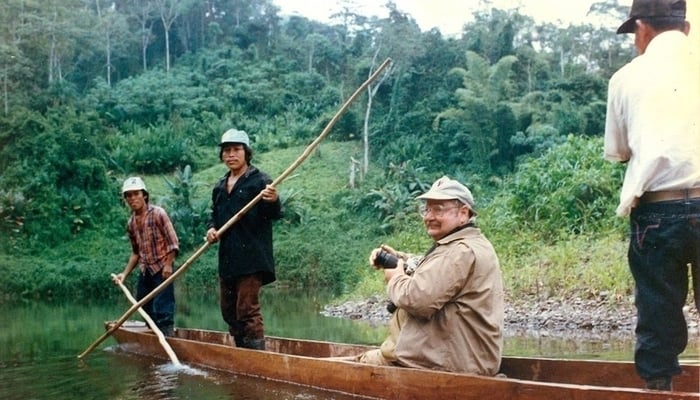 A short tribute to Pat Werner, a centralamerica.com contributor and pioneering Nicaragua expat who passed away suddenly on November 30, 2019.

I never met Pat Werner, although I would very much have liked to have done so.

He was recently in San Jose, Costa Rica, attending a conference, and we should have met then, but I was out of town and it never happened. There were also times when I’d planned to go to Nicaragua over the past couple of years, but again, never happened.

I wish I’d met him. We emailed each other quite a bit and I got a glimpse of the man through our correspondence. I liked him. I liked his style. He was a true raconteur and one of the most interesting people I never met.

The life he had was amazing. I never knew half of it.

I know I could research his life and write a full obituary of the man, but I don’t feel that’s my place. That should be for someone who knew him way better than me.

All I know is he arrived in Nicaragua in the 70s, during the Somoza regime, and lived there for a while back then. He left and returned in 1987 during the height of the Contra War and worked for the Los Angeles Times.

Pat Werner was an adventurer, one of those pioneer expats down here who one bumps into every now and then.

He fished off the Miskito Coast and brought fish down to Costa Rica, dodging drug and gun runners along the way. He mined for gold and silver in some of Nicaragua’s most wild and lawless places, places where gringos don’t go.

But all these aspects of Pat’s life are for someone else to talk about, his colleagues and those who knew him best. I’m not qualified for that.

I can talk about the things he talked about with me, though.

He contacted us in early 2018, saying he enjoyed this website and wanted to know if he could write for us. I told him, sure, and he wrote a wonderful piece about food in Nicaragua.

Shortly afterward, the political situation in Nicaragua became fraught. The government cracked down on protesters throughout the country, and Pat came into his own with me.

As someone who seemed to know everyone, from political players to churchmen and academics, Pat gave me some extraordinary insight into the 2018 crisis.

He even wrote a few articles for us about the crisis, although as the Ortega crackdown continued, he told me he was no longer prepared to put his name to anything of a political nature.

The government was locking up bloggers and journalists at the time, and so I fully understood. But he still continued emailing me his private thoughts on the situation, knowing I wouldn’t publish them. I thank him for that and will remember his insight forever.

Another thing I always liked was his lack of political correctness.

He had no time for nonsense and he was always amused at comments on our Facebook page where people berated him for gold mining or for eating monkeys or for any number of other “un-woke” activities. His amusement amused me.

But Pat had more fans than detractors, I know. His students loved him and his articles always received more positive than negative feedback. He was just a super interesting guy, and whether you approved of his writings or not, you had to respect him.

I will miss his emails and articles. Nicaragua – and Central America – is worse off for his passing.

Pat Werner was one of a kind. We offer our heartfelt condolences to his wife Chilo, his family, and all his friends.

Above, we’ve embedded some of the articles Pat wrote for us, as well as some of his notes from his own website, Nicaraguan Pathways. Below, please find the rest of his centralamerica.com pieces. We hope you enjoy his insight into Nicaragua and Nicaraguan life as much as we did.