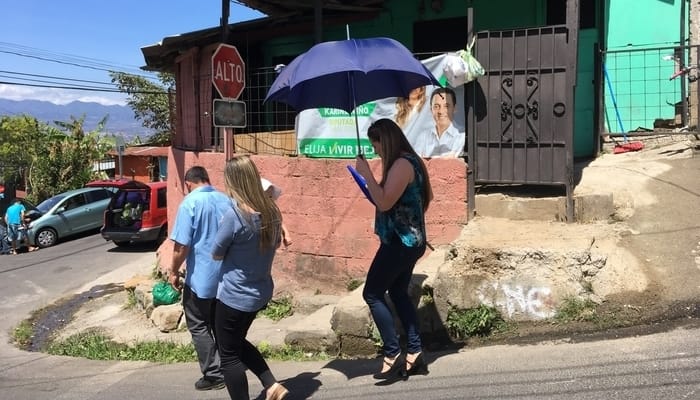 Speaking Spanish in Central America is essential for truly knowing the region, and unfortunately not enough expats and tourists bother to try. New languages are hard to learn. But the payoff is worth the hardship.

Unless you’re in Belize or elsewhere on the Caribbean coast of Central America, chances are you’ll hear a lot of Spanish.

Actually, even in Belize, more people are speaking español nowadays. And Caribbean communities elsewhere are pretty much bilingual, or even trilingual.

The point is, even in those places, speaking Spanish helps you become part of your community. It ensures people will show you more respect once you’re in Central America.

Respect is a significant feature of Latino life. If you’re respected as something more than some gringo tourist you’ll get along better in this part of the world.

Respect also works both ways. You do want to pay your new home the courtesy of having a basic conversation with any person in it, right?

I’ve been in Costa Rica now since 2000. My foreign language skills were zero when I arrived. At school I had done basic French and German – I hated both classes – and I had no Spanish whatsoever.

Now many years later, I’m…. well, not fluent (fluency requires the ability to think and dream in the language and to speak without thinking about it and without translating everything you’re trying to say back into your mother tongue – At least that’s MY definition of fluency)… but I can chat in Spanish about pretty much anything with pretty much anyone. And that’s enough to open doors and make life easier.

Well, one thing this article isn’t is A Quick Guide To Conquering Spanish Like A Boss. It isn’t a guarantee that if you read this article and do this, this, and this, you’ll be up there singing old Marco Antonio Solis songs at your local karaoke bar within the next two months better than the man himself.

(Just sayin – Marco Antonio Solis helped me big time with Spanish. Big time. Plus the man’s a don and the ladies love him.)

Neither is it where I say if you stick around here as long as me you’d be dumb as a rock if you couldn’t learn Spanish. I know enough gringos in Central America who have been here longer than me and still can’t speak any Spanish. They’re not all stupid.

So between the “Quick Guide” format and the “Do Nothing But Wait And It Will Come” format there’s a middle ground. And that’s where I am.

When I arrived I took some basic Spanish classes once I figured out I’d be staying for a while.

I can’t lie and say those classes worked for me – like back at school, I loathed them. Verbs, verb tables, conjunctive adverbs, prepositions, participles. Jesus, I’m getting bored writing these terms down right now.

I had about three months of classes and came out of them speaking not much more Spanish than when started them. I had no idea about the structure of Spanish or any of that crap. And I didn’t care. I’m not a linguist. I was useless.

One thing I could do was order a beer in Spanish though. I learned that much. So that’s what I did – I ordered lots of beers. 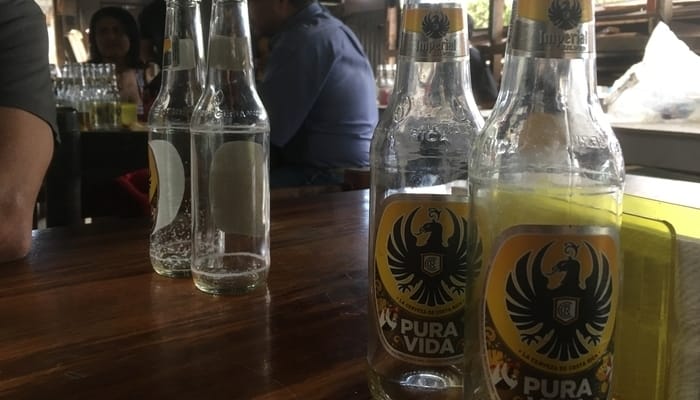 While ordering beers and sitting in bars drinking them, I spoke to people. In Spanish.

And that was what did it for me. Just speaking to people. Just socializing.

You either attempt to speak to people in Spanish or you don’t, no matter how shitty and basic your Spanish is. You get on with it.

This is why you see all these language schools in Nicaragua and Guatemala offering total immersion programs. 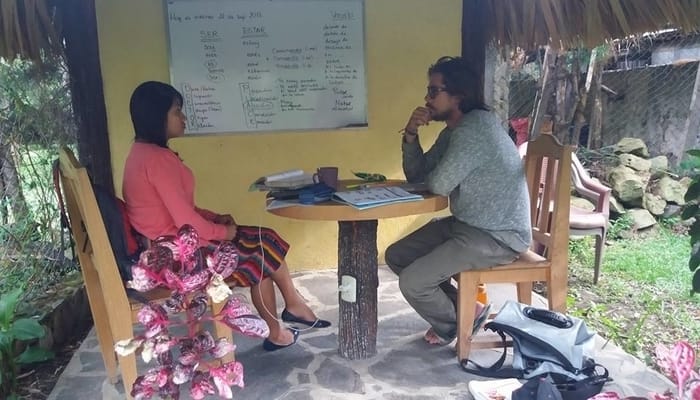 The classes might delve into the boring grammar stuff but the substantive lessons come from the total immersion. It’s not for the lighthearted.

My immersion wasn’t total back then otherwise my Spanish would be way better now. But I still went for days or even weeks at a time without speaking much English.

I read books in Spanish – kids’ books like Winnie the Pooh, Dr. Seuss, and Harry Potter are great. I also watched TV, especially the news and the telenovelas. Betty La Fea helped me more than she’ll ever realize.

There’s also a downside here, doing it my way.

Although I can speak and read Spanish, I still – after all these years – have major problems writing in Spanish. I mean, I can write in Spanish, más o menos, but it sure doesn’t look too pretty.

More time and effort in formal lessons would have enhanced my written language skills way beyond where they are today.

One thing I do – and this isn’t a deliberate strategy, more like a natural occurrence – is always speak to someone in the language I first met them.

For example, my wife and I met in Spanish, and to this day, that’s our language, even though she can speak English.

I have Costa Rican and other Latin American friends, colleagues, and in-laws who I met in English, and we always speak English.

It somehow works that way, and it’s weird to speak in any other language. I guess kind of like how turtles always go back to the beach of their births to lay their eggs, you know?

Something I think ridiculous is two gringos speaking together in Spanish, pretending to each other and themselves they’re native speakers. If it works for you, go for it. But not with me as I’ll laugh at you. Don’t be that person around me, please. Don’t go Full Latino.

So here’s the deal. If you want to live down here and learn the language, you will need to speak it at some point.

Let go of your inhibitions and dive in. There’s no magic formula. Do programs like Rosetta Stone and Duolingo help? I don’t know, I never tried them, but I guess they can’t hurt. Try them out, but the important thing is, once you’re here GET OUT OF YOUR GRINGO BUBBLE AND TALK TO PEOPLE!

If you do that, I promise you will make it. It might take 18 years or 18 months, but you’ll get there.

Life is so much more enriching speaking Spanish in Central America.

I already pointed out the appreciation and respect you’ll receive. This will far surpass the effort it takes during those initial few months or years of trying.

Most Central Americans – especially in countries with lots of gringos like Costa Rica – will assume you’re a tourist who can’t speak the local idioma. That is an automatic and well-founded assumption.

Proving them wrong is always delightful, both for you and for them. Chances are you’ll make a good friend. If you’re single you’ll have a better chance of meeting someone.

If you know your way around local media, social media, and local TV, you’re also informed. You’ll know more than the average expat. This knowledge goes a long way to turning a country where you are right now into a true home.

An illustration here is the 2018 election in Costa Rica. The English-language expat groups on Facebook were full of people who had no idea what was happening. How can they call Costa Rica home if they don’t know what’s taking place around them? How invested are they in Costa Rica?

Speaking Spanish in Central America separates the pros from the amateurs. 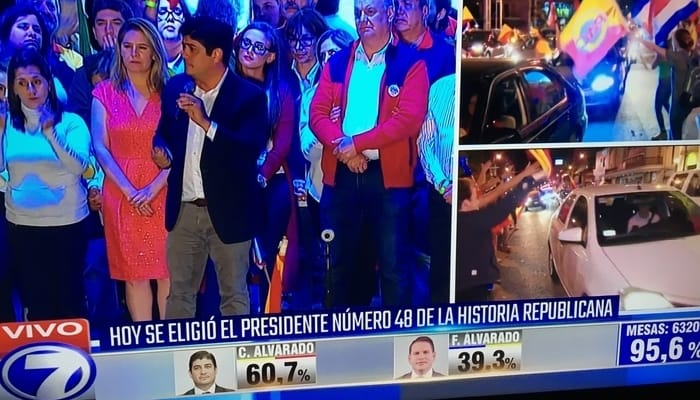 Again, if you read this thinking looking for some quick fix to your language problems, I apologize.

There’s no quick fix. But that’s what makes it so satisfying when you realize halfway through a conversation you’ve spoken no English at all during the exchange.

That’s a wonderful feeling the first few times it happens. But it’s a greater feeling when it’s the norm and not the exception.