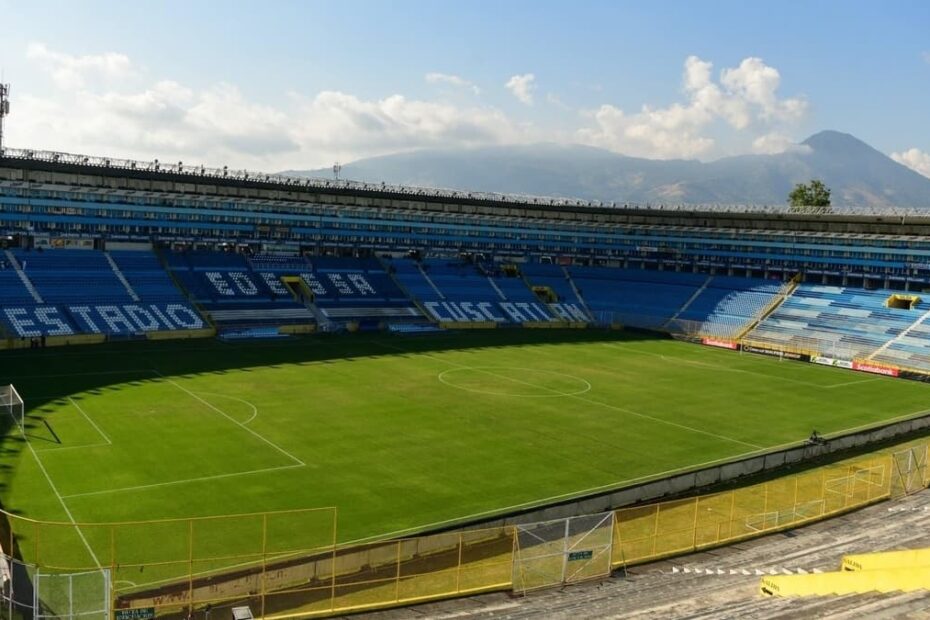 A look around at our favorite football teams in Central America. If you’re a lover of the beautiful game, you’ll enjoy our quick guide.

If you’re a sports fan living in – or traveling to – Central America, you’re going to find out pretty fast that the beautiful game is the first choice of most people across the region. Yes, soccer – or football to give it the correct name (fútbol in Spanish) is king here.

Every town and village has its own soccer field, and you’ll see kids playing everywhere it’s possible to play. It’s a joy to behold.

And then there are the professional clubs. In an age where so many (okay, too many) Central Americans support Real Madrid or Barcelona, the home leagues and domestic professional clubs tend to suffer, which is a great pity.

But while it’s true the domestic standard of the professional game falls short of Europe and South America, that doesn’t make those that remain loyal to their local teams any less passionate or faithful.

Central America is as football-mad as anywhere else, and this, combined with a culture of friendliness, can make for some great opportunities to watch local teams.

In fact, football fans in Central America are some of the most passionate in the world, which can create fantastic match day atmospheres and a carnival-like experience for tourists who happen to be in town when the local team is playing.

Here, we take a look at some of our favorite soccer teams around Central America that, if you’re a sports fan and want to understand the culture of where you’re visiting, you should try to watch.

Visitors enjoying the attractions of El Salvador will want to spend a little time at the impressive Estadio Cuscatlán. With a capacity of 53,400, it’s the largest stadium in Central America, and home to both the national team and Alianza FC.

Alianza are one of the most successful Salvadoran teams. It was the first club in Central America to win the CONCACAF Champions Cup (now the Champions League) and the UNCAF Club Championship. Alianza is also the only team in El Salvador to pull off an “invincible’s season”, taking the domestic title in the 2017 season without a single defeat.

Deportivo Saprissa aka El Monstruo Morado is Central America’s most successful professional club. Saprissa makes its home in San José, the capital of Costa Rica, and has won the league 36 times. It’s also a three-time winner of the CONCACAF Champions Cup and the last Central American club to reach a final in that competition (2008) – which Mexican and U.S. clubs now dominate.

Saprissa, with its purple-clad fans and cauldron-like stadium atmosphere are well worth checking out if you want to watch a game in Costa Rica.

The Estadio Alejandro Morera Soto in Alajuela is a perfect place to catch a game, offering somewhat less intimidating experience than Saprissa’s stadium.

Based in the capital city of Tegucigalpa, C.D. Olimpia is by far and away the most successful club side in Honduras. It’s won the league 34 times and is also the only Central American team to beat a Mexican team at the famous Aztec Stadium in Mexico City.

Olimpia plays at the 34,000-capacity Estadio Tiburcio Carías Andino, which it shares with Tegucigalpa arch rivals F.C. Motagua (the second most successful club in the country), and Lobos UPNFM.

Antigua GFC is a team in Guatemala, making its home in the colonial town of the same name, which also happens to be a tourist hot spot. Soccer loving travelers can take easy advantage of this, as they’ll most likely spend time in Antigua. It’s great fun to soak in the atmosphere on match day, with the town decked out in green and white, while you relax with beers and local fare.

With a 9,000 capacity, Antigua’s Estadio Pensativo isn’t the biggest. And Antigua isn’t Guatemala’s most successful side. But home fans here are a friendly bunch, and it’s a great way for a sports fan to relax on holiday.

Another great option while traveling in Guatemala is Xelajú MC in the city of Quetzaltenango. Xelaju is Guatemala’s most successful club outside of Guatemala City and has a huge fanbase. The 13,500 capacity Estadio Mario Camposeco has an spine-tingling atmosphere, especially when fans sing their Luna de Xelajú anthem.

It’s worth mentioning that Panama and Nicaragua are both more into baseball than football, although you’ll still see kids playing in both countries, and plenty of Real Madrid or Barcelona shirts.

The Panama national side has been improving, qualifying for the 2018 World Cup, and unlucky not to qualify for Qatar 2022. They can be entertaining to watch, and have defeated the United States, Canada, and Jamaica recently.

Belize also loves its football, although it has a richer cricket tradition as befits its status as a Caribbean country. Still, the tiny league in Belize is worth checking out.

So what are you waiting for? Get out to a game… or find a bar and watch it on TV surrounded by fans!

Watching football is a great way to know the locals, and talking football is one of the world’s greatest icebreakers for travelers. And if you’re interested in a little flutter on the sport, that’s all good too. No matter where you’re traveling and what games you’re watching, you can enjoy free sports bets and no deposit bonuses when signing up with sites to play online.

All in all, the vibrant atmospheres you experience while watching football in Central America more than make up for the lack of quality compared with the European big leagues. You’ll find yourself sucked in to the vibe and enhancing your travels around the region. And you’ll be helping to keep these clubs with long standing traditions alive.