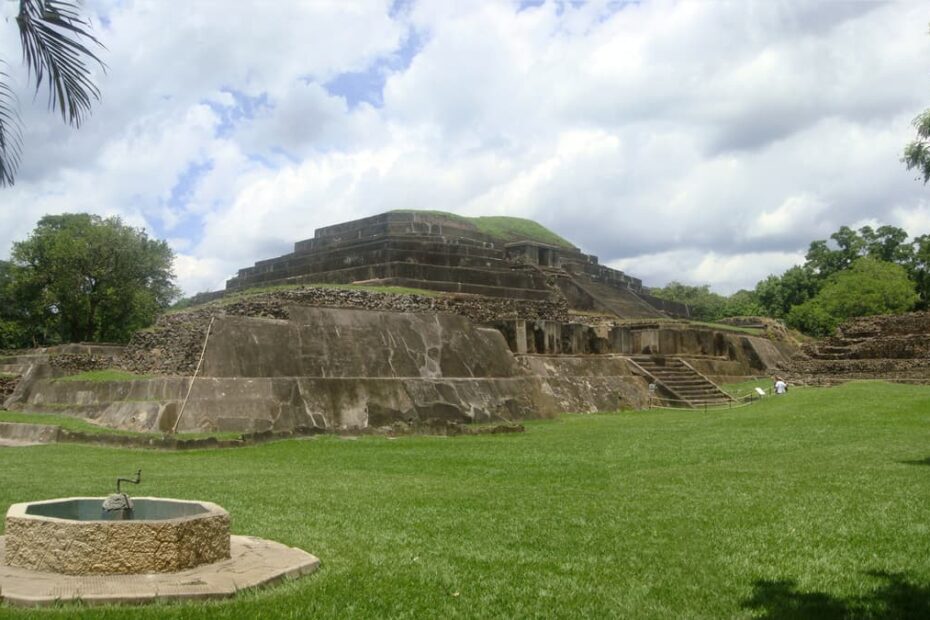 Although Guatemala, Belize, and Honduras are far more famous for their pre-Colombian sites, history lovers shouldn’t rule out El Salvador. Blogger Eddie Galdamez offers a quick outline of his four favorite archeological sites in El Salvador. This article contains some affiliate links, where we will make a small commission if you purchase anything after clicking, at no extra cost to you.

Central America’s archaeological sites give visitors and locals a chance to appreciate and keep fresh the histories of the ancient civilizations that once ruled the region.

These sites range from elaborate pyramids with sacred temples to lower class areas or farming communities. One thing they have in common is the display of exceptional skills these civilizations possessed.

Buildings put together with stones resembling puzzles, and elaborate irrigation systems for farming. These sites, to this day, continue attracting visitors from all over the world.

It’s no secret that Central America’s biggest and most well-known archaeological sites are in Belize and Guatemala. But that doesn’t mean you should dismiss exploring the smaller, less well-known sites in El Salvador.

Below are four of my favorite archaeological sites in El Salvador. They might not be as large as those in nearby countries, but they still have plenty to offer for anyone interested in the history and culture of this part of the world.

The Tazumal ruins are in the Chalchuapa archaeological zone, which also includes the Casa Blanca and El Trapiche sites. This Mayan city became prominent as an important religious and ceremonial site between 600 and 900 AD, and was abandoned by 1200. Tazumal is El Salvador’s first archaeological park and its most visited.

Joya de Ceren (the Jewel of Ceren), is in La Libertad Department, about 35 kilometers from San Salvador. It was a pre-Columbian farming community that, like Pompeii in Italy, was buried by a volcanic eruption around the year 600 AD. In 1993, UNESCO declared Joya de Ceren a World Heritage Site.

Cihuatan is located in central El Salvador, near the colorful town of Suchitoto. It encompasses over 180 acres, making it the most comprehensive archaeological site in the country. Established in the 8th or 9th century, Cihuatan’s influence only lasted for around 150 years or so, before a massive fire forced the abandonment of the city.

Just five kilometers from Joya de Ceren is the San Andres archaeological site, in the Zapotitán valley. Historians say San Andres was an agricultural community dating from around 900 BC. The massive 5th-century volcanic eruption that created the crater lake of Ilopango also caused the evacuation of this site.

One convenient beauty of the Salvadoran archaeological sites is that they’re close to other tourist attractions. In El Salvador, everything is close.

You can combine Cihuatan with colonial Suchitoto and its nearby lake. Or you can visit Tazumal, Joya de Ceren or San Andres, and also hang out at Lake Coatepeque – or even visit the beach.

However you decide to play it, you’ll find El Salvador’s archeological sites a surprising eye-opener in a country better known for its surf tourism and volcano hiking than its ancient history.