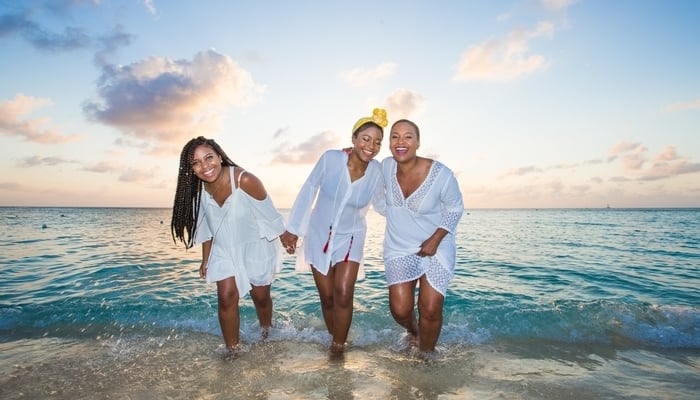 Central America travel: A look at how the regions two most-important tourism countries are easing their travel restrictions.

In a typical twist of fate, I took a day off yesterday. I didn’t do anything or go anywhere, but I needed a day off from news, analyzing news, and writing about news.

So I took a day off from social media, TV, and the internet in general. I needed it. I needed to spend a day reading, listening to podcasts and music, and recharging. Desperately needed it. Seven months of thinking about and writing about the COVID catastrophe in Central America can burn you out.

Which means I missed the news about Belize and Costa Rica relaxing some of their travel restrictions until today.

I guess that’s okay, we’re not so much a “breaking news” site. We’re more about providing info and opinion on what’s happening in Central America. No-one comes here for a real scoop. I hope they come to see what we think about things.

So let’s start with Belize.

In a press conference yesterday, Belize Prime Minister Dean Barrow announced the tourism “safe corridor” would become a recommendation rather than law.

Belize designed the safe corridor for its originally-planned August 15 reopening. They put it in place when Belize actually reopened on October 1.

The premise was, in effect, to keep tourists and locals as separate from each other as possible to avoid transmitting the virus.

Under the safe corridor system, tourists could only stay in gold standard hotels. These are hotels that can provide everything tourists needs so they don’t need to leave for anything at all.

The hotel had to provide all transportation for the tourist (to and from the airport or other gold standard hotels) and arrange any tours for them with gold standard tour operators.

The result was a super-sanitized experience for the tourist, who ultimately ended up missing on the real essence of Belize – the local people and communities.

A tourist in Belize couldn’t go for a walk or find a local bar/restaurant or check out local stores. It kind of made coming to Belize as a tourist pointless. Who wants their movements restricted like this? Belize isn’t North Korea or Turkmenistan.

It also goes without saying that this safe corridor system was bad for local businesses. Tourists restricted to their hotels can’t go off exploring on their own. That means local bars/restaurants and stores will suffer. Local fishermen with boats to hire will suffer. The street vendors and stallholders will suffer.

The only people doing well will be the gold standard hotel owners.

That’s fine, of course, but what about everyone else? In a country with some 40% of GDP coming from tourism, separating tourists from the community never made much sense to me.

And now it seems the Government of Belize feels the same way.

Speaking yesterday, PM Dean Barrow acknowledged the pointlessness of the safe corridor system. With open COVID infection in Belize, safe corridor as a concept makes little sense. Belizeans could, after all, come to a gold standard hotel themselves and spread COVID to tourists.

It makes more sense to follow health and hygiene protocols and let tourists go where they want.

And from Monday, that’s exactly what tourists to Belize can do.

They’ll still need to stay in gold standard hotels, that won’t change. But they’ll be able to leave their hotels, to go out exploring, checking out their local communities and spending money.

It’s a welcome move in advance of the high season. No-one wants to feel like they’re vacationing in a prison.

That said, it’s not total freedom for tourists, which is still a problem.

Under the new rules, tourists can leave their hotels and explore on their own. But if they rent a car or golf cart (prohibited before), they need to provide an itinerary in advance of where they’re going. They also need to know their rental vehicle will have a tracking device to monitor their movements.

How successful or rigorous this tracking of rental cars will be, I don’t know. I suspect it will end up unworkable, like the quarantine requirements.

Which is a great segue into the quarantine requirements.

Barrow also announced the ending of the ten-day quarantine period for returning Belizeans and legal residents.

Until now, citizens and residents returning to Belize have had to quarantine for ten days under threat of two years imprisonment. But with no way of monitoring returning citizens/residents, this became a hollow threat.

It seemed more and more like the whole thing was happening on the honor system, which people were obviously breaking.

Under circumstances like that, there’s no point in carrying on with it. Especially since everyone returning has provided a negative COVID test to get into the country. That’s more than most people who never left Belize have had.

So now, the quarantine becomes a recommendation rather than a rule. Another welcome, sensible guideline.

It’s great to see Belize at last putting itself on par with most other Central American countries. They’re also dropping the pointless rule where long-term foreign visitors/home owners and business travelers need to apply to the government in advance to enter the country.

Now all anyone needs to enter Belize is the negative PCR test done within 72 hours of arrival and the health app. Anyone arriving without the COVID test will get a rapid rest at the airport for $50.

Much simpler. Much more sensible.

Belize is slowly getting there and just needs to drop the rule about monitoring rental cars. I have a feeling they will do so very soon.

Breaking down the #Belize entry requirements for residents and expats…https://t.co/D35DsSsG2H

Now over to Costa Rica.

It’s been no secret to anyone who visits this website that we’ve, like most everyone else, been exhausted, confused, and exasperated by Costa Rica’s tourism requirements during this pandemic.

It’s been a never-ending series of pettiness and foolishness which had led many to question if Costa Rica even wants tourism back at all.

Costa Rica was the only country in Central America to pick and choose which countries could come, a policy that got more and more ridiculous as its own COVID numbers and stats become worse than many of the countries it was banning.

Now it seems, at last, Costa Rica is awake to how damaging and futile banning countries is.

No more picking and choosing, no more confusion. Costa Rica joins the rest of the region in allowing anyone in as long as they have a negative COVID test and insurance.

Now I admit this is more symbolic than anything. The countries where Costa Rica receives the most tourists from have already been allowed in. And the most important country for tourism, the United States, will be allowed in completely from November 1, too.

But allowing everyone in, including tourists and travelers from the increasingly-important Latin American market, sends a message to the world that Costa Rica is open and welcoming and values tourists. And that’s the message Costa Rica desperately needs to convey right now in its current difficulties.

Costa Rica will welcome tourists from across the world starting November 1: https://t.co/VU0wyXmTMZ

There are still major problems with Costa Rica’s entry protocols. We’ve discussed them a lot.

Costa Rica needs to accept antigen rapid test results for a start, and it needs to offer theses tests upon arrival at the airport. Like Belize does. And most of the rest of Central America. That would be a great way to boost tourism and help the economy when it needs it most.

The insurance issue is another major problem. It’s often prohibitively expensive. I still need someone to explain to me that if no other country in Central America has this rule, why does Costa Rica?

The whole thing has been a joke, from the moment they announced their money-grabbing policy of only allowing the Costa Rican government’s own INS insurance. They walked that back quickly, but they never really recovered from that bad optics of that. Dropping the rule would be a good way to improve Costa Rica’s image.

Belize always had simpler, easier entry protocols in-line with the region as a whole. What made things difficult was its restrictive measures for tourists once in the country. Not being able to move around freely was a major passion-killer for lovers of Belize.

Costa Rica, on the other hand, makes it difficult to get into the country. That’s the passion-killer there, the onerous and burdensome rules to get in in the first place. Once in Costa Rica, however, you can do what you want as long as you stick to the social distancing and mask-wearing rules.

Both countries are getting closer to making things better. Now they should just rip off the rest of the band aid and do what needs to be done to salvage their economies before it’s too late.

Costa Rica’s traditional high season is approaching. How will it play out this year?#costarica #travelhttps://t.co/TtRrBgy7Mv