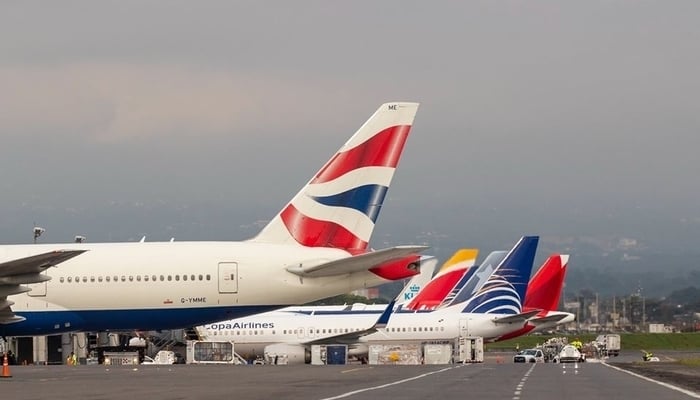 As we digest the Costa Rica reopening details announced today, some questions arise. Here are some of the most common.

Who can currently enter Costa Rica?

At this time – July 23, 2020 – only citizens and legal foreign residents can enter Costa Rica. Exceptions to this rule include people transporting goods (truck drivers, sailors, air crew, etc), diplomats, and foreign travelers in transit (although they can’t leave the “airside” part of the airport). If you’re a foreign non-resident married to a Costa Rican traveling WITH your spouse, you can also enter. So can children of Costa Rican citizens as long as they’re minors.

Who will be able to enter Costa Rica on August 1?

First up, let’s scrap this August 1 idea. The current tourism ban ends at 11:59 PM on August 1. That means, for all intents and purposes, the actual border opening date in Costa Rica is August 2. Splitting hairs? After over four months of closure, one day more or less might not be a big deal, but it’s important to be clear. Although the borders technically open for tourism on August 1, it’s literally going to be for one minute.

So that aside, who can come in? Well, as it stands right now, tourism minister Gustavo Segura announced that only citizens of the European Union, the United Kingdom, and Canada can enter Costa Rica from August 1.

Segura’s announcement, and what he didn’t say, throws up some questions and possibilities of gray areas, though. For example, Switzerland is not in the European Union. Can the Swiss enter next week? The assumption has to be no, even though Segura made no mention of non-EU countries except for the United Kingdom. An oversight or a deliberate omission?

A glaring omission was the United States, Costa Rica’s biggest source of tourism.

It didn’t shock me, rather it surprised me, given the importance of the United States to tourism in Costa Rica. I also didn’t expect Costa Rica to be the first country in the LatAm/Caribbean region to deny Americans. That said, I understand why Costa Rica has omitted the US for now, and hold my hands up to all those who said I was wrong about this. I’m often wrong about things.

So will US citizens who, say, live in the UK, Canada, or EU be allowed into Costa Rica? Again, another gray area. My assumption would be yes, if they’re not traveling from the States but from an “allowed” country.

Equally, if you’re a British citizen living in and traveling to Costa Rica from the United States, I’d assume you couldn’t get in. These details are murky and should become clear in the coming days.

But for now, the best assumption to make is this: You can only enter Costa Rica as a tourist after August 1 if you’re a Canadian, EU, or UK citizen coming on a flight from Canada, the UK, or the EU. Period.

What about residents in Costa Rica?

In his address today, the tourism minister made no mention of residents. Today was all about the reactivation of tourism.

As mentioned above, residents who left Costa Rica before March 24 can reenter the country, no matter what country is on the cover of their passports. American, Swiss, whatever. Residents who left after March 24 cannot reenter Costa Rica until the State of Emergency is over. Reactivating tourism on August 1 does not mean an end to the State of Emergency.

What we can infer from this is that the current rule about returning residents will remain in place for now. If you left before March 24, you can come back. If you left after March 24 you CAN’T come back unless you’re a British, EU, or Canadian citizen with Costa Rican residency. Confused? Understandable. This all needs urgent clarification.

No. The government has been clear about this a few times. Costa Rica’s land borders with Panama and Nicaragua will remain closed to tourists, even tourists from Canada, the EU, and the UK.

Costa Rican citizens and residents (who left the country before March 24) can enter across a land border, providing Panama or Nicaragua lets them out – which is by no means a given. Best bet is to avoid land borders right now.

What are the protocols for tourists entering Costa Rica after August 1?

Tourists entering Costa Rica after August 1 will need to provide proof they tested negative for COVID-19 in the 48 hours before they arrive.

This will prove difficult for many people, as it often takes longer than that to get your tests results back. In the UK, for example, the government say they try to get COVID-19 test results back within 24-48 hours. Oftentimes it takes longer, up to a week in some cases. Same in Canada. Will this work for Costa Rica?

Other protocols include filling out an online health form and obtaining travel insurance. This insurance needs to cover any healthcare you might need in Costa Rica, and also the cost of any quarantine you might need.

?Coronavirus: Many wait over 24 hours for test results
?Coronavirus second wave could bring NHS to ‘grinding halt’ if it arrives at the same time as winter flu
?Coronavirus: Sense of smell and taste ‘improve for most’https://t.co/vBYdwCIGKF

So bottom line, what’s the difference between a resident entering Costa Rica and a tourist?

So let’s say you’re tourist from one of the “allowed” countries/areas (EU, UK, Canada) coming to Costa Rica on August 2. Let’s say you’re traveling with a friend who’s a legal resident. How will your experiences of entering Costa Rica differ?

Upon arrival in Costa Rica, you’ll have already both filled out the online epidemiological form. It’s unclear if they will change the form to differentiate between citizens/residents and tourists. But whether it’s the same or different, you’ll both have filled it in.

What will happen next is that you, as tourist with proof of a COVID-19 negative test, can go on your merry way. Your resident friend will need to quarantine for 14 days, leaving their contact info with Immigration so they can check on them.

Both you and your resident friend have your temperatures taken when you arrive in Costa Rica.

The new airport protocols demand this. Odds are, if you’ve got a negative COVID-19 test result on you, you’ll be fine. But if you have a temperature, it’s more than likely that you, as a tourist, will be quarantined. Hence the travel insurance that covers the cost of this.

Your resident friend was going to quarantine anyway, temperature or not. The only difference is that you might have to go to a hotel while the resident can go to their home.

I would imagine more complete details on what happens to quarantining tourists will emerge in the coming days.

In summary, the major difference between entering Costa Rica as a tourist and as a resident will be your COVID-19 test result. It allows you, as a tourist, to forgo the mandatory 14-day self-quarantine that a resident needs to complete.

What it’s like flying from the US to Costa Rica during the lockdown and entering the country. https://t.co/SBPatO6SeR

These are baby steps for Costa Rica reopening, and we’re going to see very few tourists at first.

The government said today they expect less than five flights per week and talked about the situation as “drops of hope.” And in any case, no flights are coming from Canada before September anyway and only a handful from Europe.

But if Costa Rica can get this right, there’s no reason why citizens of the United States and other countries – whether they’re tourists or residents – can’t follow the Euros, Brits, and Canucks in the coming months.

We’ll keep you updated on any changes and updates to the situation.