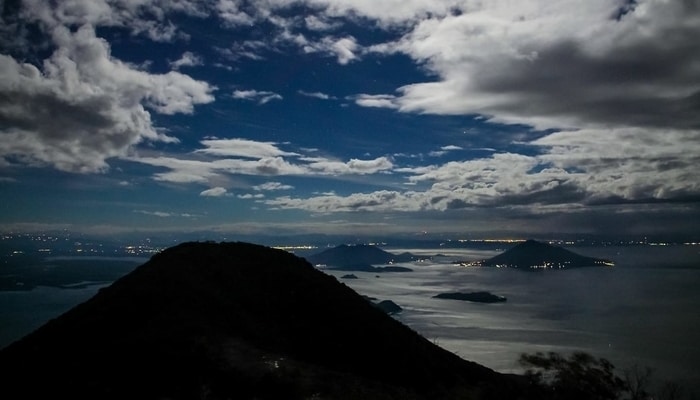 Patricia Trigueros takes a road trip to Conchagua Volcano and Playa Las Flores in eastern El Salvador for a sunrise view over the Gulf of Fonseca.

Like me, you might vow to retire one day in eastern El Salvador, close to the Gulf of Fonseca. Specifically in Playas Negras, where it meets Maculiz on the sandy skirts of the Pacific.

I’m biased when I say these are the best beaches in El Salvador.

I remember splashing around until sunburnt and tired as a kid. We’d swim in those pools of salt water, way inside the long sandy beach. Here, the ocean’s peaceful. We’d eat the freshest and most delicious seafood I’ve ever tasted.

I can’t shake that sun-kissed feeling and have never slept better.

But I never viewed a sunrise from the Conchagua volcano before, which was the whole purpose of this trip. Meaning we needed to be in Las Flores by sunset.

We took the Panamerican Highway from San Salvador to San Miguel and then connected with CA2 to El Cuco and Las Flores at El Delirio.

When you take the Panamerican you’ll appreciate the Valle de Jiboa, “as seen on postcards”. You’ll recognize it when you see it standing out on your right-hand side. 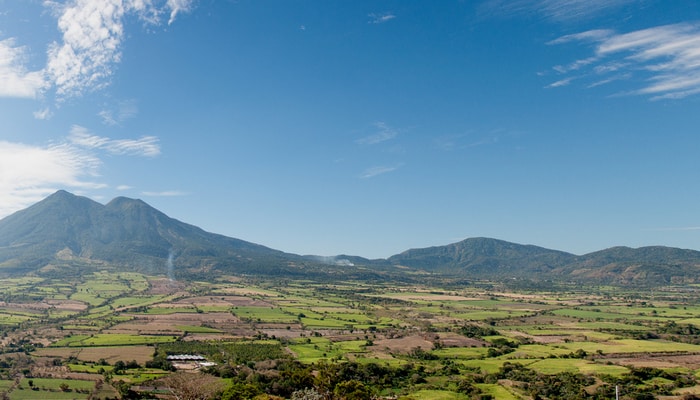 Also be sure to take photos of the Chaparrastique volcano, standing tall and bold on your left as you near San Miguel. It’s invisible from the city streets, but beautiful when in full view from the road.

But first, lunch. A quick stop in San Miguel is something all my trips to eastern El Salvador have in common. It’s not only big and convenient, it’s also likely that halfway between San Salvador and El Cuco, you’re ready to eat. 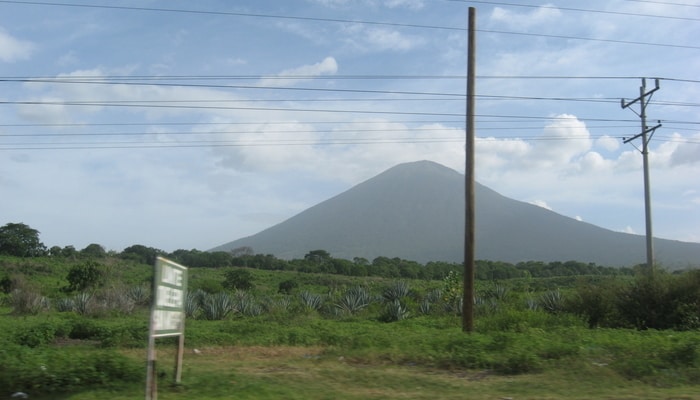 While the options are vast and range from corner store-style small business to chains of brand names, locals recommend El Asador for a meaty, hearty meal. I can vouch for that: salty food goes great with the signature hot weather.

We arrived at the Atlakamani Resort in Playa Las Flores, El Cuco to find hospitality and comfort. It’s up a small hill, across from the entrance to the beach. We were just in time for that moment where the light turns golden, right before sunset. 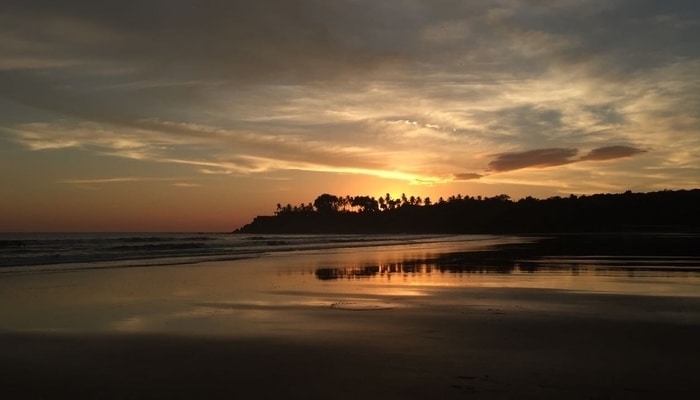 We walked from the hotel to the beach, wandered around and took turns in taking dips in the ocean. Part of the beauty of sunsets are the colors that tint the sky right after. Some cameras capture it pretty well, too.

We were the only ones on the beach that Saturday, surrounded by rocks and palm trees. Isolation has its perks.

Chasing the sunrise over the Gulf of Fonseca.

I slept well, so waking up at 3:30 AM was no problem. The hostel staff had prepared coffee and I always pack fruit for breakfast. Except I never had breakfast at 4 AM before. But no importa, this is something we had to do if we wanted to experience the sunrise from the Conchagua volcano.

I sipped coffee and read the last part of my copy of Here I Am – the usual early morning pre-hike activity.

The trip was energizing. The road was dark, and the wind brushed my face while I chose a playlist to listen to on our pitch-black way to the volcano.

It was a little light by the time we reached the Conchagua National Park entrance.

From there, the hike up to the lookout point is easy, though you might need preparing for the strong wind.

Despite the early hour, you’re too excited to feel tired and the views keep getting better and better as you go up. 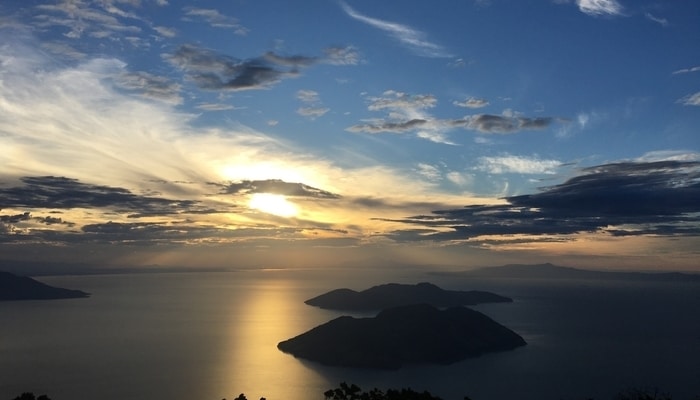 Sunrise over the Gulf of Fonseca from Conchagua Volcano / Patricia Trigueros

When you lose track of how many shades of blue you’re able to see and lose yourself in the growing golden hues of sunlight, you understand why people camp at the Conchagua volcano lookout point.

The Gulf of Fonseca, its islands, and across to Honduras and Nicaragua… they’re all pristine and wonderful, enhanced by the rising sun.

Back at the beach, take a book to your hammock of choice. Or retreat to your room and play with your phone.

You can nap, back at the hostel, and wake up at lunchtime. You won’t want to miss that grilled fish, with sand beneath your feet and the beach in front of you. There’s something about these beaches and the sound of the ocean.

Take a good look and remember these beaches because the three-hour drive back to San Salvador is coming up.

Patricia Trigueros is a free spirit, writer, and translator from El Salvador. She has the habit of drinking too much coffee and writing in English, French, and Spanish. Check out her blog, Paty Stuff, and follow her on Facebook, Twitter, and Instagram.