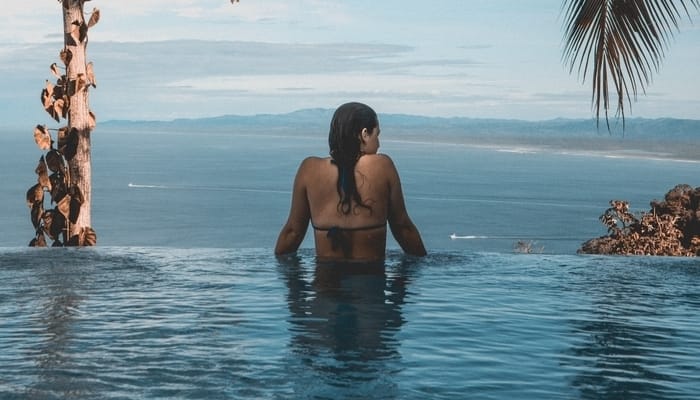 As the Center for Disease Control in the United States recommends travelers avoid Costa Rica due to Covid, the travel industry itself remains upbeat.

An interesting story in Costa Rica‘s La Republica came out today in the light of the latest CDC travel advisory coming out of the USA.

The gist was, the travel industry isn’t too concerned about the CDC telling Americans to “avoid all travel to Costa Rica.“

This makes a refreshing change. Previous edicts from the US in this pandemic have provoked a fear of impending doom in Costa Rican tourism. Even as recently as January, when the US mandated Covid tests to reenter the country, tourism panicked.

But not this time (yet).

The thing is, we’ve seen it all before. Costa Rica has been on a Level 4 before with the CDC and the State Dept. And people still come.

The thinking is that people are now coming… or at least booking trips to Costa Rica. Tourism experts don’t see that situation changing this far into the pandemic. At least as long as the US (or Costa Rica) doesn’t impose more restrictions.

“I doubt Americans will follow the [CDC] recommendations to the letter, since there is a general feeling of revenge tourism,” he said.

Revenge tourism is the concept of going on vacation almost to spite government guidelines. Sans talked of the rebellious streak many American tourists have, and how after a year of lockdown, they’re ready to move again no matter what their government says.

“It seems to me, they’re sick of being locked up,” said Sans.

“We’ve seen a marked rise in US travelers booking trips to Costa Rica over the past few months,” he says. “So much so, we’re starting to expand our operations and rehire again.”

The willingness of Americans to travel again is probably the prime reason for the industry to stay calm. Another reason is vaccinations.

Despite a bumpy start, Covid vaccinations in the US are advancing well. So far, over 134 million Americans have received at least one dose, while some 85 million now have both.

This means 26% of Americans are fully vaccinated, which creates a further sense of reassurance for travelers.

“In the United States the vaccination process is going by leaps and bounds,” says Alicia Repetto from Casa Chameleon Hotels. “The vaccine greatly reduces the risk, and we already have strict protocols. We need to communicate this to the already protected tourists.”

It’s also worth pointing out that some 80% of countries around the world are Level 4 (avoid all travel), including the UK, which is far further on its vaccination drive than the US, and is seeing record low infection rates.

It’s true that Costa Rica is going through a new wave of Covid infections right now, but that isn’t stopping lockdown weary Americans from traveling or planning to travel.

According to La Republica, Costa Rica is the eighth-most searched for destination in the United States over the past six months. The state with the most travel-related searches for Costa Rica is Wyoming.

March was the busiest month for travel to Costa Rica since the pandemic began. Over 62,000 Americans came to Costa Rica last month, which was 70% of all visitors.

It seems the only thing that may stop Americans visiting Costa Rica would be another travel ban, or enforced quarantine for returning travelers. The Biden Adminstration looked at this in January, but nothing came of it. Now vaccinations are underway in earnest, it probably won’t happen.

From Costa Rica’s side, it’s doubtful any restrictions will come in, despite the current uptick in Covid infections. Well… at least the beach and border closures that affect tourists. There’s zero appetite for this in government, despite all the rumors flying around.

Today, the Health Ministry denied (again) that strict restrictions were in the pipeline. This denial came after an audio circulated around the country saying stores and businesses were set to shut down.

This article was adapted into English from the original La Republica piece by Jeffry Garza published on April 21, 2021. It’s not a direct translation.