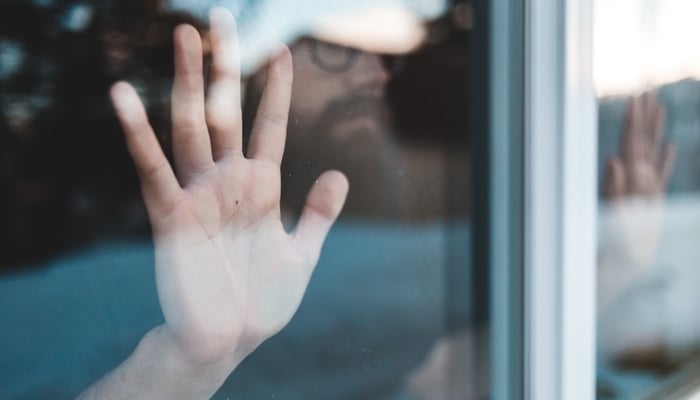 We look at Joe Biden’s executive order talking about quarantining travelers to the United States and asking what it means and how feasible it is.

If you’re not a student of 20th-century British politics, you may not know much about Harold Macmillan.

Unless you watch The Crown, you may not have even heard of him, and that’s fine. I’ve not heard of a ton of 50s and 60s political leaders in Central America myself. Off the top of my head, the only ones I can think of are the Somozas in Nicaragua. But that’s neither here nor there.

Harold Macmillan served as British Prime Minister from 1957 to 1963. He took office in the wake of the Suez Crisis, at a time of profound social and political change. The last British PM born in the 19th-century, his tenure saw the end of the staid 1950s and beginning of the Swinging Sixties.

Macmillan oversaw a period of economic boom and he famously told the British public they’d “never had it so good.” At the time, he wasn’t wrong. The Macmillan era was the bridge between post-WWII austerity and the commercial excess that continues to this day.

In the end, the Macmillan government fell because of scandals. He became more famous for John Profumo, scantily-clad call girls, and Russian spies than for any achievements. History judges him unfairly.

So what’s my point here? Why am I talking about this? I’m getting there, I promise.

Apart from Macmillan’s “you’ve never had it so good” quote, he’s famous for another one.

Allegedly, when asked by a reporter what the greatest challenge to being in government was, he replied, “Events, dear boy, events.”

I say “allegedly” because there’s no strong evidence Macmillan ever said these words, or was even asked the question. But it sounds like something he would have said, and the attribution has stuck. At this point, 35 years after Macmillan’s death, it hardly matters.

Whether he said it or not, the phrase has been in my mind a lot over the past week or so.

The question is different, though. The question would refer to the challenges facing someone editing a travel and expat-life website in Central America. The answer would be exactly the same.

Last week, the US government announced it was requiring all travelers entering the United States to provide a negative COVID test before flying.

We wrote about it, and then spent a bunch of time reaching out to businesses and travelers all over Central America and further afield, to gauge their reaction and determine what they were going to do.

And then, after collating dozens of responses from people, “events” happened.

The new Biden administration announced, through executive order, that it wanted to mandate a quarantine rule for travelers entering the United States on top of the COVID test rule.

This made the COVID test reaction article I was working on moot, and all the research and interviews I’d been doing for it. Events, dear boy, events.

So hear I am, tearing up the old article and trying something new.

I figure it’s time for a more macro approach, to look at these measures and ask if they’ll even make any difference.

Everything you needed to know about the move to require travelers flying to the USA to have a COVID test (especially if you’re traveling from Central America). #travel #covidtest #centralameriahttps://t.co/T7yotC1p5A

I feel sorry for all the hotels, businesses and tourism authorities who’ve been breaking their backs scrambling to accommodate the COVID test rule announced on January 12.

Hotels in particular around the region had the burden of providing in-house COVID tests foisted upon them to remain competitive. This on top of all the other hygiene and social distancing protocols they’ve spent almost a year adhering to.

Businesses like Casa Chameleon Hotels in Costa Rica began offering free COVID tests for guests who stayed five nights or more. No doubt other resorts would have (or still will) follow up with variants of this idea. They should. It’s a great idea.

The big question is, does the proposed new quarantine mandate make all the COVID test preparations meaningless?

Central America can make COVID testing easier for tourists, for sure. But they can do nothing about tourists having to quarantine when they get home. It’s a gut punch to prepare all this and watch it come to zero.

It’s still up in the air as to what Joe Biden’s Executive Order means exactly. The travel industry is poring over the thing like scholars studying the Dead Sea Scrolls.

A journalist for Amelia Rueda jumped on an obscure bit of wording yesterday, where the executive order talked about the feasibility of quarantine only applying to travelers “entering the United States from countries where COVID-19 tests are inaccessible.”

So what’s that supposed to mean? Does it mean that as long as a country is capable of testing departing travelers, they don’t need to quarantine upon arrival? If so, that’s great. It kicks the onus back onto Central America tourism, putting its fate into its own hands.

Or is this a blind piece of optimism on our part in the travel business, grabbing onto something, anything, to give us hope?

And then there’s another piece of wording, going back to the tests, where Biden asks his team to consider the possibility of testing passengers entering the United States twice.

The first test would be the one already mandated by the CDC on January 12, where all travelers need to take a COVID test within 72 hours of boarding their flight.

The second test would be one “immediately prior to departure”. That would, I assume, be a rapid antigen test done at the airport before boarding.

How possible would this be and who would pay for it? The traveler? The airline? On the outside, it’s not a bad idea and I think airlines themselves would welcome it.

All Central American airports would need to do is set up the testing centers. Some airports already have them for arriving passengers (Belize and Panama), so it shouldn’t be too hard to cater for departing passengers as well.

Other airports (Costa Rica) need to get with the program and quick. Costa Rica doesn’t even have rapid testing at all yet, although they’re working on it.

Another question is how workable would quarantine be anyway?

The World Health Organization isn’t convinced quarantine for travel is workable at all, at least not sweeping quarantines. They say quarantining travelers “may delay the introduction or re-introduction of SARS-CoV-2 to a country or area, or may delay the peak of transmission, or both.”

But what does that matter when the country or area you’re traveling to is already rampant with COVID?

The WHO goes on to say that quarantining travelers, may also “create additional sources of contamination and dissemination of the disease.”

It recommends countries quarantine travelers “based on a risk assessment and consideration of local circumstances.” Meaning look at it on a country-by-country basis, not a blanket regulation covering everyone.

This is part of the reason why Costa Rica ditched its own testing and quarantine rules last year. Guidance from the WHO and PAHO (the WHO’s Pan-American chapter) said the whole thing was essentially pointless.

Quarantines for returning residents and citizens went unchecked for the most part. They were virtue signals more than anything.

In Belize, it’s the same thing.

Belizean citizens and residents should, in theory, self-quarantine at home for ten days upon arrival into the country. Then they get clearance from the health ministry to get on with their lives.

These are developing countries, you might say, without the resources to police people’s quarantines. Fair enough. But many individual states in the United States mandate quarantine already, without the current proposal we’re discussing right now. How many of them are enforcing quarantines with daily checkups and so on?

Unless you’re prepared to lock returning travelers in a hotel like they do in New Zealand, quarantines are quite unenforceable. This is why even the Biden executive order calls them a recommendation rather than a rule.

What Happens When I Come Home? (A Guide to the Quarantine Requirements for Returning Travelers) Updated to show possible USA-wide COVID test requirement from January 26 https://t.co/rVGkjwor87

And then there’s the question of time. How long would a quarantine be?

As mentioned, in Belize it’s meant to be ten days. Different US states say anywhere between seven to ten to fourteen days. Some states allow you to break your quarantine after three to five days with another test.

In Canada, it’s 14 days. No parole, no get out of jail. The UK says ten days, although in England you can take a test after day five, and if negative, end your quarantine. Germany ten days (also with option of testing out of it after five days), Italy 14 days, and so on.

It’s all over the map because no one knows. It could be ten hours or ten months for all anyone still knows about this thing.

The CDC recommends a seven day quarantine, with the option of getting tested again after three to five days. If you don’t test, they recommend ten days.

So is that the quarantine length Biden’s talking about when he says passengers will be “required to comply with other applicable CDC guidelines concerning international travel, including recommended periods of self-quarantine or self-isolation after entry into the United States?”

Or will the CDC come out with a different quarantine recommendation?

I get the new Biden administration wanting to act. Needing to act.

The new National Strategy for the COVID-19 Response and Pandemic Preparedness states, “America has just 4% of the world’s population, but 25% of the world’s COVID-19 cases and 20% of all COVID-19 deaths.”

That’s appalling. The Trump administration botched COVID-19, whatever way you look at it. Biden is quite right to turn the page on the last year and start with a clean slate and a new attitude.

But virtue-signaling quarantine rules won’t work either. They’re unenforceable and a massive burden on the economy. Not to mention mental health and society. The key is testing testing testing and contact tracing. It’s not stifling travel and getting authoritarian on people returning home from travel.

If you’ve had two tests to get back home, both negative, why the need for quarantine? I mean in that case, shouldn’t you quarantine after a trip to Walmart? I know that’s pedantic, but still. The point is, there’s no greater risk of getting COVID anywhere anyone goes.

We are building a partnership with the American people to confront COVID-19.

A partnership rooted in transparency and science.

And together, we will mount an effective response to the pandemic that gets us all back to our lives and loved ones: https://t.co/msJ4ut25L3

What’s the difference in a country where COVID is already rampant and all the different strains are already there?

No-one yet knows how this executive order will play out. Not even the Biden administration knows.

Whatever happens, the long-suffering travel industry, both here in Central America and in the United States is stuck in a rut, biting its nails, and waiting for more of Harald Macmillan’s “events.”