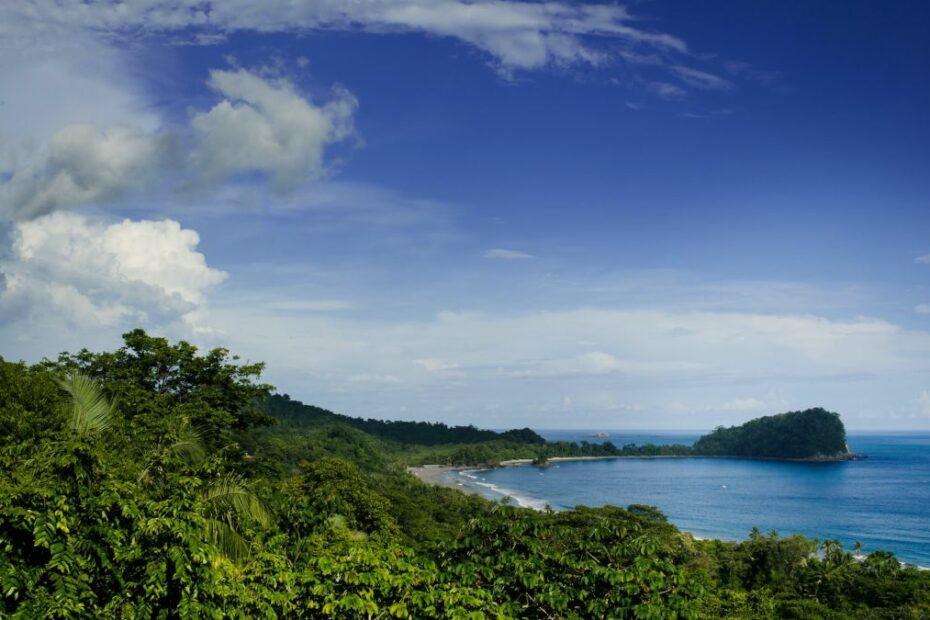 Manuel Antonio National Park is one of Costa Rica’s most famous attractions. But the area offers more. So much more. Here’s what to do in Manuel Antonio when the park is closed. This article contains some affiliate links, where we make a small commission if you purchase anything after clicking, at no extra cost to you.

Manuel Antonio is Costa Rica’s smallest, yet most visited national park. It sits on the Central Pacific coast and is synonymous with tourism in Costa Rica.

So synonymous, in fact, that the park gets lumped into some larger zone called “the Manuel Antonio area”. This zone starts below Esterillos and sweeps south towards Dominical and into the coastal cordillera where the Savegre and Naranjo flow before plunging through jungles and palm oil plantations and entering the ocean.

Not too shabby for a three-square-mile park.

The city of Quepos, a regional hub, also counts as part of this self-styled “Manuel Antonio area”.

The actual village of Manuel Antonio itself – a cluster of restaurants and souvenir places at the park entrance – sits at the end of a seven-kilometer road winding down from Quepos.

I often wonder how Quepos must feel, being overshadowed for eternity by its smaller, younger, more beautiful sister to the point where no-one quite remembers it exists.

Along the Quepos-Manuel Antonio road, hotels and vacation rentals nestle into the hills, all providing living space for monkeys, sloths, parrots, coatis, and other jungle creatures.

This is Costa Rica’s flagship for luxury tourism, boutique hotels, and eco-development. And all thanks to the tiny national park dominating the area and casting its spell everywhere.

But what if the park is closed? Is it possible to appreciate this part of Costa Rica without its namesake?

Well, in fact, every Tuesday the park is closed. This is to allow the animals who live inside a respite from the tourist hordes who come trampling through each day. Sometimes they close the park for other reasons, too – like during the early days of the pandemic or during tropical storms.

This leads to the question of what to do in Manuel Antonio if you’re there on a Tuesday or when the park is closed. Is the park the only attraction in the area?

I’m not suggesting I want the jewel of Costa Rica’s national park system to close. Manuel Antonio is awesome. But if it was no longer around to attract tourists, the answer to the questions above are an unequivocal yes, there are tons of things to do in Manuel Antonio and no, the park isn’t the only attraction in the area. It is possible to appreciate this part of Costa Rica without Manuel Antonio National Park.

Here are some reasons why you don’t need the national park to have a wonderful time in Manuel Antonio the next time you’re around these parts:

Remember what I said about all those hotels and vacation rentals nestling into the hills between Quepos and Manuel Antonio? The operative word was “hills”. Manuel Antonio doesn’t have much in the way of beachfront, but it kicks ass with views. Those hills look out over some of the most beautiful coastlines you’ll see anywhere in the world.

The park itself is a source of much of the beauty as you look out from your balcony or your dinner table at the jungle crashing into the ocean at Cathedral Point.

There’s a solid argument Manuel Antonio National Park looks better from outside and above than it does from inside.

No Jaco or Tamarindo (two of Costa Rica’s most prominent party spots), Manuel Antonio has a more tranquil vibe for the most part.

Shay Tippie lived in Manuel Antonio for years before moving to San Jose. When asked about her favorite dining spots, she lists Emilio’s Cafe and Cafe Agua Azul as her go-to restaurants when she’s back at the beach.

“Emilio’s has the best coffee and desserts, plus healthy salads and AMAZING National Park views. Agua Azul also has beautiful views and a friendly, local atmosphere,” she says.

Other top restaurants in Manuel Antonio include the Rico Tico Jungle Grill and Claro Que Si at Si Como No, La Luna, Shana, Karolas, and so many more places. What Manuel Antonio lacks in the form of a full-on Jaco or Puerto Viejo party scene, it more than makes up for in the sheer amount of quality restaurants you’ll find in the area. You’ll eat in style here.

Any travel pro in Costa Rica knows the Arenal Volcano area in northern Costa Rica is the adventure capital of Central America.

But you know what? Manuel Antonio ain’t too far behind. There’s a school of thought it could even be ahead, seeing as Manuel Antonio has beaches and ocean and Arenal doesn’t.

For Shay Tippie, it’s all about the ocean;

“I love getting out on the water on a catamaran and seeing Manuel Antonio’s coastline, which is breathtaking with the lush green rainforest meeting the blue ocean.“

But if hiking around the Manuel Antonio National Park isn’t your thing, there’s plenty of other stuff to do. River rafting, ocean kayaking, mangrove kayaking, zip lining, ATV-ing, jet skiing, wake boarding, you name it.

You can spend weeks doing this stuff and forget a national park on your doorstep even exists. Manuel Antonio might not be the adventure capital of Central America, but it’s up there.

Costa Rica’s Central Pacific has the best fishing in Central America, according to fishing expert Justin DeBoom. He should know – he keeps his boat at Marina Pez Vela in Quepos.

“Quepos and Manuel Antonio offer endless fishing adventures, great for families, hardcore anglers, or anyone looking for a fun day on the water. You might also encounter whales, dolphins, turtles, and thousands of marine birds.”

Oh yeah – and the park also looks beautiful from out in the ocean.

But Manuel Antonio itself, not so much. The beaches inside the park – Playa Manuel Antonio and Playa Escondido – are better suited for lazy swimming and selfies on the sand than for surfing. Playa Espadilla, the main beach outside the park, across from the village of Manuel Antonio, is okay, with some fun waves.

The best surf in the area is around Boca Damas about a mile north of Quepos but in all honesty, it’s a pain to get to and there are crocodiles around. Oh – and at Playitas, at the north end of Espadilla. But that’s it.

So why is surfing counted as something to do when you’re not in Manuel Antonio National Park?

Well, although Manuel Antonio isn’t for experienced surfers, Playa Espadilla is great for wannabe surfers. For novices and for families learning to ride a board together. Manuel Antonio is perfect for that.

“Manuel Antonio is where I learned to surf. The best part is you can learn even if you are a little thick in the middle. The instructors say “The bigger the belly, the bigger the board”. I needed a BIG board, but I got up to ride a wave after a few wipeouts!” says Aaron Vanecek.

And also, never forget Costa Rica is a surfing Mecca. Just because the surf in Manuel Antonio isn’t as consistent as neighboring spots, it’s still probably better than where you’re from.

A fun day out in the waves can still be had where you don’t even think about the park.

No. The park is still the main draw. It’s crucial in these parts and throughout the country as one of Costa Rica’s flagship tourist attractions.

The chances are if you’ve never been to Costa Rica, what you imagine Costa Rica looks like is what Manuel Antonio looks like. So when it is open you gotta check it out.

But remember there’s a lot more to this area than these three famous square miles. There are plenty of things to do in Manuel Antonio outside of the park.