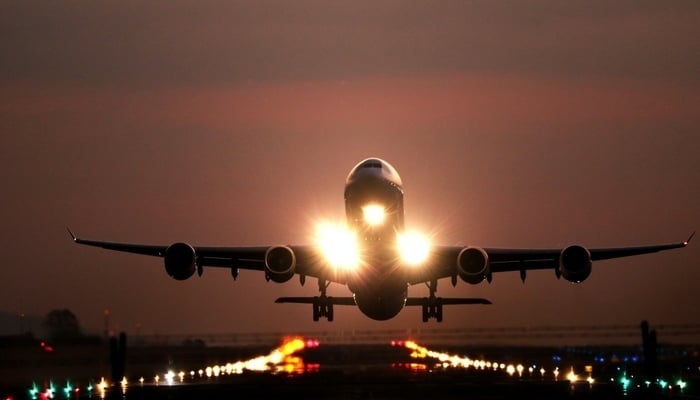 There’s been a lot of conflicting info on social media in recent days on the Central America travel restrictions. Who can enter Costa Rica? Who can depart Panama? How long can I stay in El Salvador? Here’s a quick country-by-country guide to the current guidelines during the COVID-19 crisis:

Belize’s State of Emergency should – should – end at the end of June. According to the official press office, the government doesn’t expect to expect to extend it.

It’s unclear what this means for Belize’s borders and whether foreign tourists or residents can enter the country from July 1 onward. Although there was a lot of talk about reopening the country to foreigners on July 1, it’s uncertain whether that will actually happen or not. And if it DOES happen, it looks like Belize will require a negative COVID test done 72 hours before arrival. This presents a challenge as many countries take longer than 72 hours to deliver a result – some countries, like the UK, for example, DON’T actually deliver negative results at all, only positive, meaning that even once the borders open, many foreigners may not be eligible to enter due to testing delays.

Belize banned all entry into the country in April, including for Belizean citizens abroad. Since then, the government has set up a scheme where displaced or stranded Belizeans abroad can apply to re-enter the country.

There is no current restriction on departing Belize, although with the borders and airport closed, no flights, and some neighboring countries also not allowing entry, leaving isn’t so easy to do.

Guatemala is under a “State of Calamity”, which means it has some of the most restrictive of lockdown measures in Central America. Travel between departments is banned, and there is no public transportation operating.

Only Guatemalan citizens or legal foreign residents – with a Guatemalan cedula – can enter the country. All entrants, citizens and residents alike, need to quarantine for 15 days upon arrival.

Guatemala allows people to leave the country, although you will need an official government letter of safe conduct to travel internally in the country to the airport or border. The airport remains closed apart from occasional repatriation flights for stranded foreigners. Guatemalan citizens looking to leave will need to ensure that their receiving country will allow them in (doubtful).

Foreign tourists inside Guatemala (those without legal residency) are should stay put until the end of the State of Calamity, according to the Immigration Department.

There’s talk of opening up internal travel in Guatemala in mid-July. No word yet on international travel.

El Salvador started reopening its lockdown on June 16, in Phase One of getting back to some semblance of normal. If everything goes to plan, Phase Four includes opening up the borders to foreign visitors again on August 6.

Until then, only Salvadoran citizens and legal foreign residents can enter the country. Upon entry all new arrivals need to quarantine for two weeks.

There is no restriction on leaving El Salvador, although the only way out is by air, and flights out are extremely limited. Land borders with Guatemala and Honduras are closed.

Honduras has just extended its State of Emergency until at least June 28, meaning strict internal travel restrictions and no entry into the country unless you’re a citizen or a legal resident. That said, authorities have mentioned July 15 as a date to start up internal travel again.

Due to the strict limits on internal travel, anyone departing Honduras will need a letter of safe conduct to allow them to travel to the airport for one of the occasional repatriation flights to the United States. All land borders with El Salvador, Nicaragua, and Guatemala are closed.

Nicaragua is the one country in Central America not observing a strict lockdown. There is no ban on entry to Nicaragua for foreigners, although getting into the country isn’t easy. Most flights are suspended and the Costa Rica border closed.

Nicaragua’s border with Honduras is open, although Honduras’ border with Nicaragua is closed. That means you can enter Nicaragua from Honduras but not the other way around.

Technically though, Nicaragua is open for business if you can get there. The big question though, is why would you? COVID is rampant and the government is doing little to nothing about it.

Nicaragua is criticized for an almost complete absence of measures to contain the virus. https://t.co/k8iepHKceQ

Costa Rica’s closed its borders until at least July 1, although there’s a strong chance of the government extending that date. If I had any money, I’d bet on that. The government just announced that the return to international tourism will be “very gradual.” in the absence of any more official info, make of that what you will.

Tourists who arrived in Costa Rica AFTER December 19, 2019 have leave to stay in the country until August 15 at the moment, although that date may change.

The international airport in San Jose is open for occasional repatriation flights in and out of the country, mostly to the US but sometimes to Europe. Liberia Airport is closed, and both northern and southern borders.

Upon entry to Costa Rica, those allowed in (citizens and legal residents) must quarantine for two weeks and tell authorities where they’ll be quarantining.

Everyone is free to leave Costa Rica, citizens, residents, and remaining tourists alike. The only issue is residents who left after March 24 and remaining tourists cannot return under the current guidelines. Costa Rican citizens can leave, although the issue here is that there are not many countries where they can go. As Europe opens up, Ticos can travel there, but without flights and with the USA being locked down, that’s easier said than done.

According to Panama’s Civil Aviation Authority, the only international flights allowed in and out of the country are humanitarian ones, or those carrying medical supplies to assist in the battle against COVID-19. As it stands right now, Panama’s borders won’t open until at least July 23, 2020.

Foreigners stuck in, or residing in Panama have 90 days (starting from June 8) to amend their immigration status and avoid paying any fines for overstaying.

Panama’s lockdown is the most stringent by far in Central America, and it’s tough to move around domestically, let alone internationally. US citizens in Panama can register with the embassy to apply for possible repatriation flights out, but chances are slim of any more such flights happening.

This was just a brief overview on Central America travel restrictions during this pandemic.

We’ll try to keep this updated as and when situations change – and we know it’s an ever-changing situation. If you’re in Central America, please feel free to advise us in the comments of any changing regulations so we can stay as up-to-date as possible in real time.

The Costa Rica tourism industry issued a plea this week...

Is it too Late to Save Guatemala Tourism?

As the Guatemala tourism sector dries and and shrivels away...

The results of a new industry survey show the Costa...