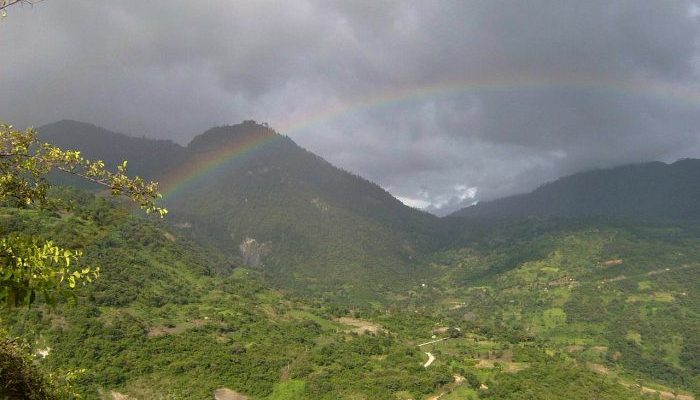 Based on its location in the tropical region of Central America, one would expect Guatemala to have a climate to match.

This is not the case. The weather in Guatemala depends more on altitude than latitude.

Areas closest to the ocean are much warmer and experience more rain than areas that are higher in elevation. The coolest weather in the country occurs during its rainy season, which runs from about May/June to October.

During the drier months of November through April, temperatures get much warmer, often reaching the mid-80s in Guatemala City.

Overall, the mixture of highland balminess and tropical heat, give Guatemala its nickname of the Land of Eternal Spring.