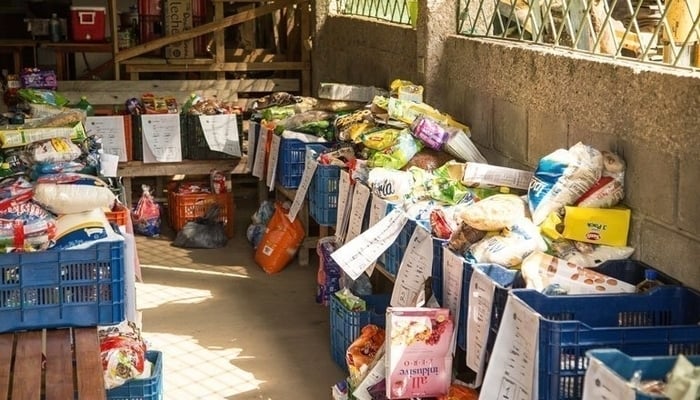 The Costa Rica tourism industry issued a plea this week to President Alvaro on change.org.

The open letter, signed by over 900 people so far, urged the president of Costa Rica to set a date for the airports reopening. It also asked for financial help and better dialogue between the administration and regional tourism chambers.

Although Costa Rica’s government has dealt well with COVID-19 itself, the tourist sector is desperate. A recent centralamerica.com survey shows 88% of over 200 respondents in Costa Rica tourism did not believe the government was doing enough to help them.

The results of a new survey show the Costa Rica tourism industry is growing impatient with a perceived lack of government action and support during the COVID-19 pandemic.#costarica #tourismmustsurvive #EconomicCrisis https://t.co/M1Yv61b3wI

It’s responsible for almost 10% of all direct employment and up to 25% of indirect employment. That’s hundreds of thousands of people around the country suddenly put out of work with no way to feed their families. Many of these people live in parts of Costa Rica where no other jobs exist outside of tourism.

Homelessness is becoming a problem in tourist communities, especially for “unofficial workers”. The people selling trinkets or agua de pipas or street food. The man with his panga to take you across the estuary.

Beach and rural communities in Costa Rica seeing almost 100% unemployment and no support in sight other than food banks set up by concerned citizens and businesses:#centralamerica #EconomicCrisis https://t.co/Q4JxRwDlMi

Tourism workers in Costa Rica are not profit-over-health mercenaries.

They don’t want to open the floodgates and let anyone in, unprotected and unchecked. But they need some certainty that the government has their back. That’s all they’re asking for.

They look around and see other countries opening up – with strict health and sanitary guidelines – and they wonder why Costa Rica isn’t even talking about it at the highest level. Tourism workers feel out of the loop, out of the picture, betrayed by the national bodies that should represent them. They feel a breakdown in communication has occurred.

Without urgent support, the concern is that many tourism businesses will close forever. Not only for now. Forever. Some already have. Small hotels and tour companies are hanging on by their fingertips.

There’s a real fear that the only guys left will be the multinationals who will destroy what made Costa Rica so special in the first place. This is a real possibility. We should not be complacent that things will get back to normal without some plan of action right now.

This week, Bary Roberts, an ex-president of CANATUR, ex-vice-president of the ICT, and a pioneer of ecotourism and sustainable tourism in Costa Rica, called for a “declaration of emergency”.

Writing in Delfino (in Spanish), Roberts outlined the vital importance of tourism to Costa Rica’s economy. He warned that we will all regret it tourism goes bankrupt, as it will drag the rest of the economy down with it. Tourism is so embedded, so ingrained into the Costa Rican economy that if it falls, so will a lot of other sectors.

He went on to talk about the impact of so many thousands of people out of work. The possible implications for social unrest and crime, which would end up damaging Costa Rica’s peaceful reputation, and make post-pandemic recovery much harder.

Anyone who thinks that tourism is “only eight percent of the economy, the other 92% is fine,” as I’ve seen on social media this week, should read Roberts’ article.

“If we lose peace, we lose tourism, among many other things,” he says. “It’s vital that both public and private sectors come together and be proactive and creative to assist the hundreds of thousands of unemployed in the [tourist] sector, and at-risk-companies.”

Roberts sees the collapse in tourism as nothing less than a national emergency.

The Costa Rican government is walking a fine line.

On one hand, there’s the public health risk from COVID-19. And on the other, there’s the economic catastrophe unfolding around the country. No-one doubts how difficult the situation is.

Costa Rica doesn’t have vast resources. There’s no major industry, few manufacturing centers. Few multinational companies set up their HQs in Costa Rica. It’s a small, agricultural society that’s turned itself into its best export. Its beaches, rainforests, natural beauty, and above all, its people. Costa Rica has packaged all that into a successful brand.

A brand that’s been instrumental in bringing peace and prosperity to a poor Central American nation.

Bary Roberts is right to see tourism collapsing as a national emergency for Costa Rica. Those who rely on tourism here makes it so. He says that if we lose peace, we lose tourism.

I’d also turn it around and say that if we lose tourism, there’s a chance we lose peace.

Finding an Architect in Costa Rica: The Richard Hammond Interview

What's the Difference Between House Sitting and Property Management in Costa Rica?

Is it legal in Costa Rica to hire someone as...

How to Get Out of a Timeshare in Costa Rica

A timeshare in Costa Rica is easy to get into...