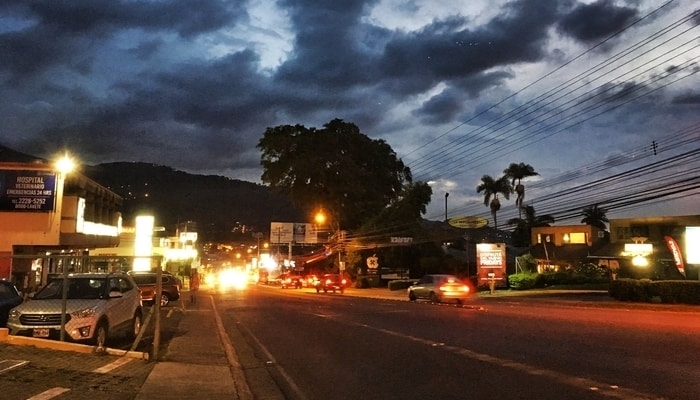 Attorney Rafael Valverde muses on how the culture of “style over substance” can make doing business in Costa Rica needlessly difficult and complicated.

I like this page since they share a lot of valuable info about what’s going on around the world.

The WEF shared a recent article from the Organization for Economic Cooperation and Development (OECD) about the number of hours worked per person per country per year. 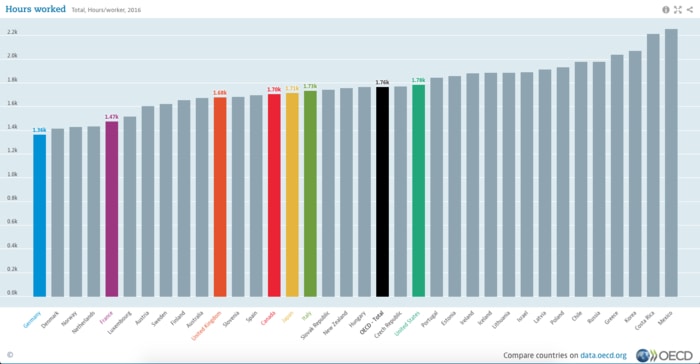 The research defines “hours worked” as the total number of hours worked per year divided by the average number of people in employment.

Now, let’s apply these numbers to the working hours per person per year. The OECD tells us Germans work 40 percent less than Mexicans but are 57 percent more productive.

On an hourly basis, a German produces $36.83 worth of value per hour worked while a Mexican only produces $8.39 worth of value. So a German work hour is 4.39 times more valuable than a Mexican. If Mexico was as efficient as Germany, it would have a GDP of $5,484 trillion making it the world’s third-largest economy.

The OECD report states Costa Ricans work 2,212 hours per year and therefore is as inefficient as Mexico. Why is this? 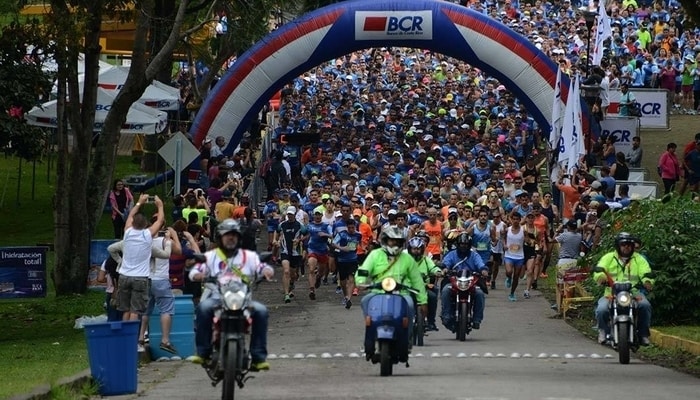 The years are catching up and I don’t run as much as I used to. But when I go to a race, I’m amazed to see all the gear Costa Ricans use when running.

I ran when I was at law school in New York, and most runners there are bare-bones. Shorts, shirt and running shoes, that’s it. Shirt optional in summer.

When I returned to Costa Rica and got into local races, I thought my fellow Ticos looked ridiculous with their batman belts full of accouterments for a 10K race. Shiny shoes, compression socks, the latest smartwatch to measure heartbeats, jellies and warm patches. All the running paraphernalia that makes you guess they are crossing the continent.

This infatuation with running gear is an element of Costa Rican culture you can see in other activities.

A $3,000 bike is common when seeing cyclists on the roads, BMWs on roads full of holes, girls with Michael Kors bags and skintight pants, and so on. Costa Rican culture is a culture of appearance, not of substance.

A friend once noted, “Costa Ricans focus on the process, not on the results”. For government and services (private or public) this mentality prevails.

Part of doing business in Costa Rica for us is dealing with the government and banks.

Getting residency, opening a business, opening a bank account, doing a real estate transfer, transferring a vehicle – all these tasks consume a significant amount of time and money for our clients.

My friend’s observation is true. We witness every day how everything in Costa Rica is process-driven and not results-driven. Every day is a battle to get anything done due to the significant amount of bureaucracy required to do the simplest task.

We have a legal documents business registered in Florida. It cost $30 to register an LLC online in Florida from Costa Rica. Also, we opened an account with Bank of America with no hassle and a line of credit for $4,000.

As we expand our business in Costa Rica, we needed to register a new company, which set me back $600.

Recently I tried to open a bank account with Banco de Costa Rica, and I could not as I couldn’t comply with the million documents they requested.

I lost patience and told the bank clerk to go fuck herself and their regulations.

Not my proudest moment, I admit.

The other day, my wife and I went to a wine bar in Escazú Village, a new, high-end, residential and shopping complex west of San Jose. 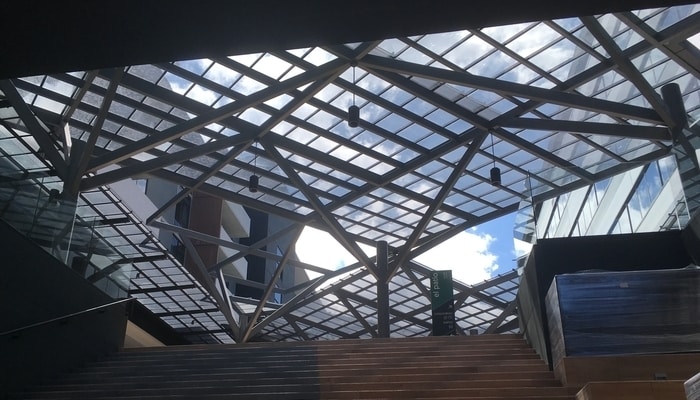 My wife wanted a glass of Merlot, so I went to the bar to get one. The bartender told me they do not sell Merlot by the glass. They only had four selections of wine by the glass; two red and two white.

This puzzled me. I figured a bar specializing in wine would offer more options for wine by the glass. I could understand this policy in a small restaurant or regular bar, but this place should have more options.

It got me wondering about wine in Costa Rica. There are few wine stores in Escazú, and they sell the most expensive wine possible.

It seems wine stores here want to outdo themselves like any Costa Rican would do. It’s more about showing they’re selling wine than actually selling wine.

Costa Ricans are terrible at baseball.

This is because baseball requires a high tolerance for failure. Ty Cobb has the highest career batting average in Major League Baseball history. He batted 0.366 over 24 seasons. Over his career, 99.7 percent of the time he failed in the batting cage.

Ticos want to bat a home run every single time they swing the bat.

But since they can’t, they pretend to play instead.

They will get the mitt with the best leather, the cleanest uniform, the most expensive chewing tobacco, the nicest slugger, and they will walk around the stadium showing off their gear, but they will never get in the batting box for fear of failing.

When they open a wine store, they want to swing a home run.

When they design a government transaction, they want the most comprehensive regulation ever, they do not want to miss anything.

It is this aspiration of Ticos to do the best that prohibits them from achieving it.

The owner of the wine bar does not realize he will sell more wine if he offers more options by the glass.

After all, he is a Tico.