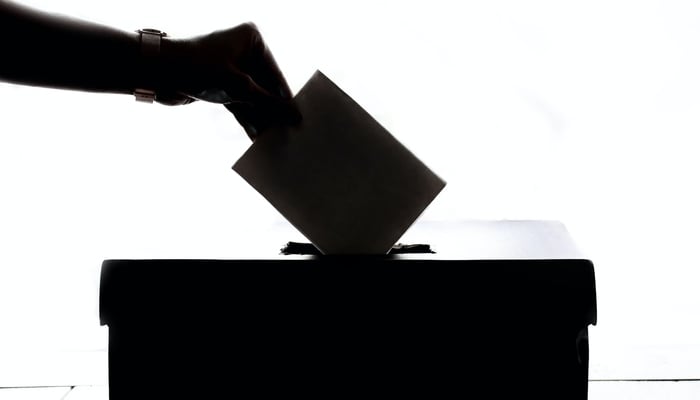 Four countries in Central America have elections in 2021, starting with El Salvador next month. Here’s a quick guide on what to look out for.

I know, I know. You’re sick of elections. We get it. You’re all electioned-out, especially if you’re from the Land of the Free and Home of the Brave up north.

But here’s the thing. The world keeps turning and other countries also have their due processes to go through to vote in the leaders they want/deserve. Here in Central America, 2021 will be an interesting year for elections.

And here in Central America, no matter how cynical we become, we still love our elections. Our democracies are young and our histories bloody. So we tend not to take them for granted. Elections are still celebrations in Central America. We might end up hating our leaders as they let us down, but we love the right to vote for them in the first place.

Four Central American countries have elections of some sort or another in 2021.

El Salvador holds a legislative election on February 28, Belize holds local elections on March 3, and Honduras and Nicaragua both have presidential elections in November.

So let’s take a look at each country and their upcoming elections.

According to blogger Eddie Galdamez from El Salvador Info, the February legislative and mayoral elections in El Salvador will be the most important since the end of the 80s civil war.

Nayib Bukele formed Nuevas Ideas in 2018 when, as mayor of San Salvador, the FMSL expelled him. He went on to win the 2019 general election, but the party until now was pretty much a one-man band, untested at a local and legislative level.

Since Bukele won office, he’s been controversial to say the least. Opposition figures accuse him of authoritarian and dictatorial tendencies. Over the past year, Bukele hasn’t done much to dispel these accusations.

In February 2020 he ordered troops into the Legislative Assembly to coerce lawmakers into approving a loan deal. He’s also showed a disregard for a free and fair press, prompting criticism from the United States and others. And then there are the accusations of making deals with gang members to lower the homicide rate (although in fairness, previous presidents have done the same thing).

But despite all this, Bukele remains popular. Poll after poll of Salvadorans approve of the way he’s handled the COVID pandemic. Many Salvadorans don’t care about deals with the gangs as long as their country’s once sky-high homicide rate drops and they feel safer.

The question is though, do they trust Bukele enough to give his party a majority in the Legislative Assembly? It would be the first time any party outside of ARENA of the FMSL had control of the legislative branch. Would giving Bukele legislative control as well as executive control be a good move? Do Salvadorans see a dictator or a forward thinker in their president?

We may well find out in the upcoming elections.

Regular readers might remember Belize just had a general election in November.

The ruling UDP party lost in a landslide to the main opposition PUP party after 12 years in power. The main reason they lost was because Belizeans were sick of the sight of them. Sick of corruption and sick of a collapsing economy in the midst of the COVID pandemic.

The upcoming municipal elections in March, where Belizeans vote at a local rather than a national level will be barometer of popularity for the new PUP government and Prime Minister Johnny Briceño.

Since taking office in November, it’s fair to say that Briceño has had no honeymoon period whatsoever.

COVID numbers have soared in Belize since November. That’s not Briceño’s fault at all (he even caught COVID himself), and they would have been the same had the UDP retained power. But he’s the guy in charge now, and Belize isn’t in a good place. People are split between demanding a harder lockdown and continuing to allow the economy to open up.

Will voters in Belize lodge protest votes against Briceño, no matter how unfair, or will they vote strictly on local issues? That’s what we’ll be looking out for on March 3.

It’s about 8 weeks until #March3rd and today we’re officially launching our Municipal Elections 2021 Coverage! Follow us #Belize, and stay tuned as we look at this election through various lenses, guided by facts, statistics and history! pic.twitter.com/SizN70KsLd

There’s not a great deal to say about Nicaragua’s general election other than that it won’t be fair. It’s laughable to even Nicaragua in this list.

Dictator Daniel Ortega, in power since since 2007, and now running a de facto police state where dissent is banned, has worked hard to ensure there’s no opposition to face him on November 7.

The only question about this election will be one of turnout.

14 things to know about Nicaragua’s Ortega regime as it marks 14 years in power, courtesy of @Ivymunguia and @arlencerda at @confidencial_ni (rewritten in English)#sosnicaragua #nicaragua https://t.co/ospZIVdUFG

There’s no set date yet for the Honduran presidential election set to be held in November, but this will be an interesting one.

Outgoing President Juan Orlando Hernandez finds himself engulfed in intrigue and scandal, with prosecutors in the US this week laying charges of drug trafficking against him. Apparently, he said he wanted to shove cocaine “right up the nose of the gringos.”

Orlando Hernandez denies all these accusations, saying they’re made up by his political enemies.

Then there’s the COVID crisis, which has made Orlando Hernandez and his party unpopular to say the least. Graft and corruption have ruled the roost all the way through 2020, with hospital and health workers protesting about lack of equipment. Honduras has been a mess.

Will Orlando Hernandez’s party win? Chances seem likely because the opposition to his National Party (PN) remain divided. Another four years of PN rule means another four years of trafficking rumors and corruption which will do nothing to help the average Honduran.

Honduras President Juan Orlando Hernández is not just accused of accepting bribes from drug traffickers, but also ensuring the military, police and prosecutors would not disrupt their criminal activities, but rather safeguard them. https://t.co/2vbzCy34u6

I guess we should give an honorable mention to Costa Rica.

There’s no election in Costa Rica this year, but make no mistake, this is an election year. The next presidential election is in February 2022, meaning 2021 will be full of jostling and campaigning as the various parties find their candidates. By the end of this year, the election will be in full swing.

President Carlos Alvarado will be on his way out, as all Costa Rican presidents can only serve one four-year term at a time. Yesterday he kicked off the election season by calling for opposition parties to be responsible.

Costa Rica’s election will be all about the economy and COVID, mostly the economy. After eight years of center-left PAC presidents preceded by eight years of center-left PLN presidents, it’s conceivable to see Costa Rica swing towards the center-right, if PUSC and other parties can can their acts together. But that’s still pure speculation. We won’t go into the Costa Rican election too much here, because this is about 2021. Watch this space, though.

This upcoming election looks set to be the most important in decades as Costa Rica struggles to maintain its way of life without going completely bankrupt. Changes are afoot in the Land of Pura Vida. We’ll be covering this extensively over the course of the year.

We’ll also cover the elections elsewhere, with writers and commentators on the ground in each country, offering their insight and opinion. 2021 is a pivotal year for Central America and we’ll try to to miss anything.

The second episode of the centralamerica.com podcast where we speak...

Introducing the centralamerica.com podcast where we speak to Nicholas Corea...