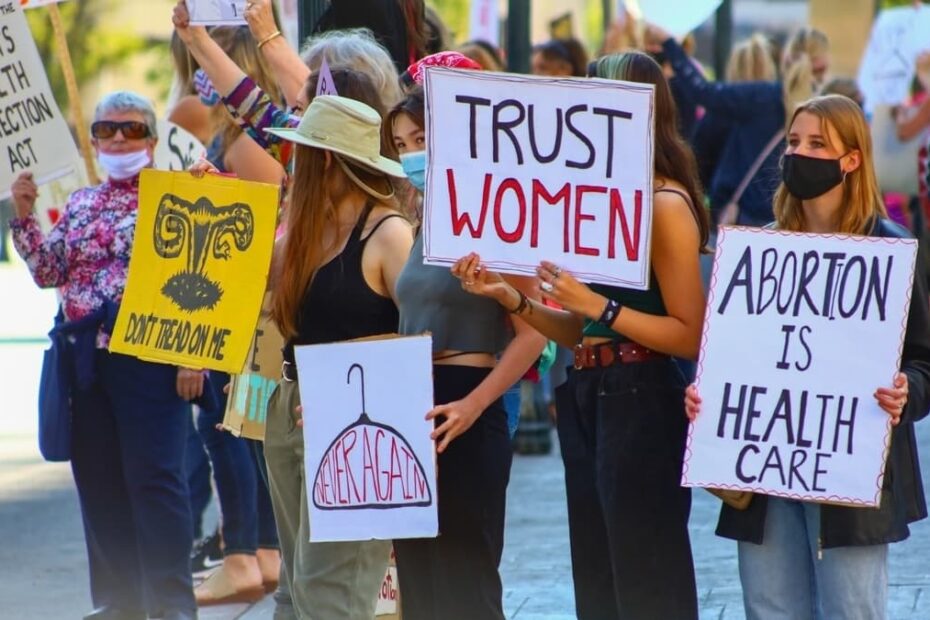 As the United States Supreme Court overturns Roe v Wade, we take a look around our region for those asking this question: Is abortion legal in Central America?

The remaining 37% are mostly in Central America, and although we have no way of knowing for sure, we’d imagine most of them are expats from the U.S.

So on any given moment, we can be reasonably certain that most people reading our content at any given time are Americans.

The reason I’m mentioning all this is because today we’re seeing a huge spike in people reading our articles about moving to or working in Central America.

Our Ten Reasons Why Moving to Costa Rica is a Great Idea and our Seven Reasons to Consider Moving to Belize articles are trending big time today according to Google Analytics.

Ditto our Expat Women in Belize piece and a whole host of other articles about working in Central America or remote work/digital nomad life.

Now, these types of articles have been trending more than our other content for a while. Especially since the pandemic, when the concept of remote work exploded and, simultaneously, governments locked down their citizens and forced them undergo medical procedures many didn’t need to take part in society. That got a lot of people thinking about relocating.

But today is off the scale. I had no idea why that was happening until I went on Twitter and saw that Roe v Wade had been overturned.

Now, I’m not from the United States and I don’t live in the United States. So I’m not going to speak about this specific ruling, as it’s none of my business. All I’m doing right now is commenting on how articles about moving abroad on this site happen to be trending today.

We see the same thing whenever the United States has a major school shooting or other similar event. And I already mentioned how Covid regulations sent many people to our site seeking info on a way out.

I will say one thing though. There seems to be an enormous amount of hypocrisy on both sides about this ruling.

On one side, you have people who’ve spent the last couple of years shouting about “my body my choice” concerning Covid vaccine mandates.

If you’re all about “my body my choice” for vaccines and not for a woman’s right to choose, you’re a hypocrite.

And on the flip side, if you’ve been championing mandatory vaccines for the past couple of years and supporting the ousting of unvaccinated people from society, you’re also a hypocrite.

To talk about “body autonomy” for abortion while denying it for Covid is about as hypocritical as you can get. It’s amazing to see world leaders like Canada’s Justin Trudeau, New Zealand’s Jacinda Ardern, and France’s Emmanuel Macron denouncing this move in the U.S. today.

These leaders were among the worst in the world at ignoring the concept of “body autonomy” in the past two years.

“No government, politician, or man should tell a woman what she can and cannot do with her body,” tweeted Trudeau today. A man who spent the best part of the last 18 months doing exactly that to his own population and making life as difficult as possible for anyone who didn’t comply.

With such hypocrisy on both sides, in and out of the U.S., it’s no wonder why so many people want to get out.

No government, politician, or man should tell a woman what she can and cannot do with her body. I want women in Canada to know that we will always stand up for your right to choose.

But if they’re interested in coming to Central America because of Roe v Wade, they should know a few things first.

It’s super important that people know this if they’re looking to “escape” the United States over this ruling.

For example, Costa Rica and Belize (the countries trending the most today as a place to move to) have among the most lax abortion laws in the region. Which is to say not lax at all.

Former president Carlos Alvarado signed a edict in 2019 to make therapeutic abortions more accessible for women. But the truth is, three years later, they’re not. Not really.

All other forms of abortion remain forbidden in Costa Rica, with prison on the books for both women and doctors carrying out the procedure.

Costa Rica does, however, now permit the morning after pill for any woman seeking it.

Woman interviewed in this article threatens to move to Costa Rica to escape “insanity in the United States” regarding abortion law.

Belize is the other country that many people are checking out on this site today.

Like Costa Rica, most abortions remain illegal in Belize. Belize allows abortions on the grounds of the woman’s health and also, on occasion, on socioeconomic grounds. But you need to prove your poverty in this instance.

Belize also – extremely occasionally – permits abortion for victims of rape or if there’s a strong chance of the child being severely handicapped.

In short, Belize has the most progressive abortion laws in Central America, but they’re still a far, far cry from those in the United States.

Abortion in Panama is only permitted if the mother’s life is in danger, or in the case of rape or incest. Panamanians remain, in general, firmly against abortion or legalizing abortion outside of these circumstances.

Guatemala is the other Central American country with limited access to abortion. Like Costa Rica, Guatemala only allows therapeutic abortion.

Earlier this year, the government of Guatemala tried to make abortion rules even stricter. Lawmakers introduced a bill increasing prison sentences for women and including legislation to open up the possibility of prosecution in some cases of miscarriage.

In the end, the proposed bill got shelved, with President Alejandro Giammattei saying he’d veto it. But his veto threat came more from his fear of criticism over other parts of the bill (where it pertains to same-sex marriage and LGBT rights)  than from his personal feelings about the matter. In fact, around the same time, Giammattei said he’d turn Guatemala into the “pro-life” center of Latin America.

And then there’s Nicaragua, Honduras, and El Salvador.

Nicaragua allowed therapeutic abortion until 2006, as long as three different doctors approved it. Then it banned all forms of abortion under any circumstances. Nicaragua is one of a handful of countries in the world with a total ban on abortion.

Another one of those countries is El Salvador, which has among the strictest anti-abortion laws in the world. El Salvador has jailed women for abortion or even aggravated homicide if they have a miscarriage or still birth.

El Salvador used to allow limited abortions if the mother’s life was in danger, in the case of rape, and if the unborn child had a serious disorder. It rolled all that back in 1998.

Like Nicaragua and El Salvador, Honduras also prohibits all forms of abortion under any circumstances. Last year, Honduras passed legislation to make it all but impossible to ever legalize any form of abortion in the future.

Honduras is also the only country in the region to prohibit emergency contraception in the form of the morning after pill.

That said, President Xiomara Castro, who took office in January, has pledged to allow the morning after pill. She’s also said she wants to allow therapeutic abortion, abortion for rape victims, and in the case of severe deformities for the unborn child. But given the 2021 legislation, she’ll find it difficult to get in motion.

🇸🇻 In El Salvador, abortion has been a crime since 1998 – even in cases of rape, incest, fetal anomalies or when the woman’s health is in danger.

As a result, scores of women have been sent to jail on abortion charges. hhttps://tmsnrt.rs/39QxWx3 pic.twitter.com/Ptnm93yjq3

So all in all, Central America is not a good place if you’re pro-choice.

Most Central Americans support the current rules around the region. They do not feel oppressed by them. The chances of abortion ever becoming legal in the region remain miniscule. If you’re looking at escaping from the United States because of the Roe v Wade overrule, you’re barking up the wrong tree in Central America.

I’m not saying this out of any political or personal feeling. I’m only giving people the facts as things stand on the ground here about this topic.

It’s the same thing with guns. Whenever 2nd Amendment enthusiasts get antsy thinking Biden or Obama or whoever is coming for their guns, we see a similar reaction. But gun laws in Central America are far stricter than the U.S., especially for foreigners.

I’ve said this a million times before and I’ll say it a million times again. If you’re planning to live in Central America, then don’t run away from something as your reason. You’ll never find the grass greener that way. Come to seek something new, not to escape.

You’ll have a far more fulfilling expat life if you do, no matter what side of the political, social, and cultural divide you’re on.