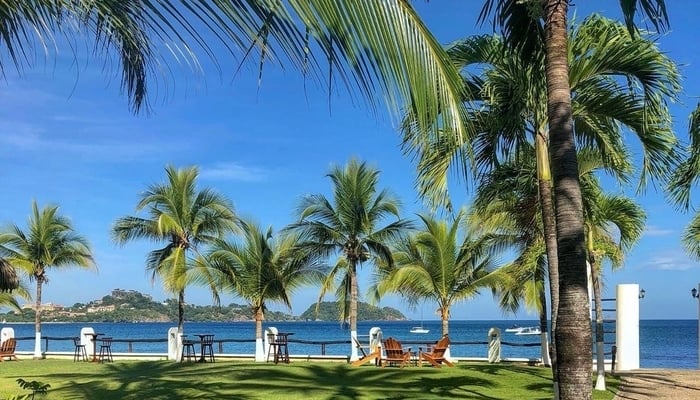 In the light of new COVID-19 restrictions, Caturgua, the chamber of tourism in Guanacaste, Costa Rica, asks for more clarity and better communication from the government.

The new COVID-19 restrictions may have the support of many, but suffering tourism businesses in Costa Rica feel even more pinched.

Hotels gradually opening up to domestic tourism, with full health protocols in place to protect guests and staff, now find themselves facing another round of cancelled bookings. This only increases the massive pressure on beach communities, where unemployment is rocketing.

Bahia del Sol, a hotel in Potrero, Guanacaste, is one of them.

According to general manager Arturo Soto, Bahia del Sol lost 12 bookings and around $5,000 as a result of the new government measures implemented on Friday.

For a hotel in a town already decimated by the economic impact of the pandemic, that’s a lot of money. Soto says it’s just the beginning.

“Surely people will continue to cancel,” he told the Voz de Guanacaste.

The new restriction measures came in the weekend after an increased COVID-19 caseload over the past few weeks.

Costa Rica is under a near-total vehicular restriction, the severity of which depends on whether you live in a yellow or orange-alert canton. Much of the country, including the entire GAM (Gran Area Metropolitano) is under orange.

This means you can only drive one day a week depending on the last number of your license plate. The idea is to restrict movement and keep everyone at home.

But then, what about those who’d made reservations at hotels to help boost the crippled economy? This is where a lack of clarity and mixed messages came in.

For example, if you had a reservation at a hotel from Saturday to Monday but suddenly couldn’t drive until Thursday, what would you do? How would you get back?

Michael Soto, the Minister of Public Security, was clear on Saturday. He said that transiting to/from hotels would not be a exception to the rules. No driving under any circumstances unless it’s your assigned day. Weekends were “possible”, but not during the week. (Soto also created confusion on Saturday by calling for municipalities to ban alcohol sales.)

Gustavo Segura, the new Minister of Tourism, said something different. He said that if you had a provable hotel reservation, you could drive. “As long as you drive straight from the hotel to your home and stay in your social bubble,” you wouldn’t have an issue.

And then it turned out you wouldn’t be able to drive after all, and that all hotels in orange areas could not accept guests this week.

The confusion was enough to kill what little business hotels in Guanacaste had.

Bahia del Sol’s Arturo Soto said that the conflicting government messages created “confusion for us and our guests, causing people to cancel their reservations.”

“The first statement [from the minister of public security] genertes the damage. Then the tourism minister’s statement continues the confusion. Further clarifications don’t minimize the impact but increase mistrust,” he added.

The deputy director of another Guanacaste hotel, the RIU Palace, also spoke to the Voz de Guanacaste about the confusion.

Cristina Denche said that the RIU Palace has only just reopened on Friday after almost four months. Under the 50% occupancy guidelines, they were set for a good opening week back in business.

But confusion over the new measures has caused people to cancel their stays or leave early.

“The measures have not been very clear and people have that uncertainty. Because of that fear, some are leaving earlier than they had planned,” said Denche.

The confusion prompted Caturgua, the Guanacaste Chamber of Tourism, to release a statement.

In the statement, Caturgua called on the government to make clear decisions “that don’t go against the battered economic situation and the emotional stability of people who [work in tourism]”.

“It is not possible to take measures that are changed up to three times in less than 24 hours. This generates instability in both tourist businesses and their customers,” the statement said.

The Bahia del Sol and RIU Palace are only two hotels out of many affected by government confusion and flip-flopping.

Both hotels were making a gradual comeback to their operations, in areas hit hard by the collapse of tourism. Both hotels now say the new measures have set back their returns, despite them taking clear sanitary protocols to protect guests and employees.

“The RIU hotel has a manual of protocols that guarantee people do not have health problems. I ask the government to know that RIU is a safe place,” said Denche.

At the end of the day, continued confusion and lack of clarity from the government – from driving restrictions to who can enter the country and when – will only continue to batter the tourist industry and deter it from bringing hundreds of thousands of desperate people back to work.

Remote Working in Costa Rica: Could the Pandemic be a Boost?

A look at the concept of remote working in Costa...