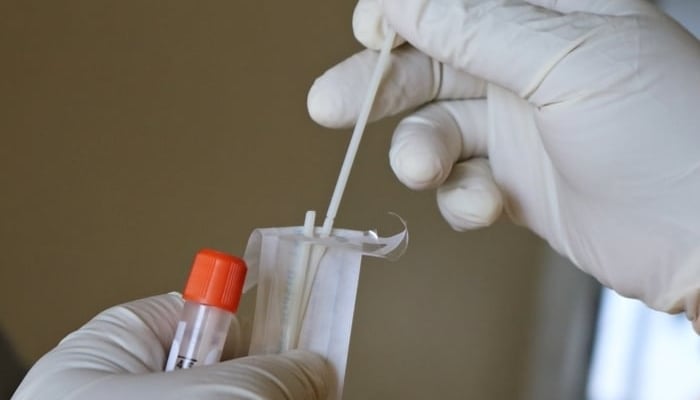 A response to a Facebook user talking about how Costa Rica lacks “social responsibility” or protocols during the current COVID pandemic.

It’s rarely something on social media gets me riled up anymore. I’m trying my best to stay off as much as I can and ignore what I disagree with. But I saw the post below and felt compelled to say something:

“I joined this group because I wanted some feedback from folks in Costa Rica and others travelling to it. For a brief period we considered coming. Since that time there has been 1 million new cases in the first 10 days of Nov in the USA alone, forget about it tripling in my native country of Canada and the country of Costa Rica is willfully allowing anyone in is simply unreal. To read from some of your experiences commuting and the the questions asked, I realize I look at this desire to travel to a country with absolutely no social responsibility or protocols to keep its citizens safe from potentially infected vacationers from around the world as insanity. Yes I am judging and yes I am questioning why anyone would allow their loved ones or themselves to be in COVID harms way at this time for a zip line through the jungle or a suntan.” (from a Canadian commenter on Expatriates in Costa Rica)

The above Facebook post from someone who doesn’t live in Costa Rica or know much about what’s happening on the ground, tells me there may be some disconnect going on in how Costa Rica is presenting itself to the world after it dropped COVID testing as a requirement for entry last month.

A look at Costa Rica’s move today to drop the impractical and onerous COVID test requirement for tourists entering the country. #costarica #costaricatravelhttps://t.co/GOIn7ysKkK

It’s easy to give this guy a like or a love if you agree with him, or a laugh or angry face if you don’t.

But we should set the record straight for people who believe Costa Rica is “a country with absolutely no social responsibility or protocols to keep its citizens safe from potentially infected vacationers.”

That’s an unfair comment to make about a country trying its best to juggle the pandemic with the collapsing economy.

Costa Rica has stringent anti-COVID protocols that appear, to all intents and purposes, to be working.

The COVID-19 curve is on a gradual downward slide, and the rate of hospitalizations and deaths is decreasing. That’s a well-documented fact that’s been all over the Costa Rican press in the past week or two. (It’s worth pointing out here, that although hospitalizations are on the decrease, the number of those hospitalized needing ICU care is increasing – a concern, for sure.)

There are a couple of reasons for this downturn. The first reason, in my less-than-expert-opinion, is that the virus appears to be running out of steam in Costa Rica. We’re a country of around five million people, with some 20% of them in and around the Central Valley.

In July, August, September, and October the Central Valley was the epicenter of COVID-19 in Costa Rica. That makes sense, as it’s where people are most concentrated. Everyone else is way more spread out in rural and coastal areas.

So, during that July-October period, we saw a massive increase in daily cases. It seemed never-ending.

And then it plateaued and started to slowly decrease. It’s still decreasing. And this despite the fact testing is low, causing plenty of missed cases and a high test-positivity rate.

To paraphrase the Tico Times, the World Health Organization recommends keeping the COVID test-positivity rate under 5%.

That means you’re testing enough people to show at least 95% negativity. So you can have a more accurate gauge on how many people actually have the virus and where it’s spreading.

Meaning they carry out most tests on people with symptoms, showing up at a medical facility. Costa Rica isn’t testing enough and so has no idea how many people have or had COVID-19. To quote the Tico Times, “Costa Rica’s high test-positivity rate suggests it’s missing milder or asymptomatic cases, allowing the coronavirus to continue to spread.”

And despite lack of testing, the virus is still on a gradual slide. Bottom line is, it’s likely COVID’s run out of steam in the Central Valley and has moved elsewhere.

That’s the first reason for Costa Rica’s COVID downturn. The second is due to protocols. Protocols the Facebook commenter quoted above says don’t exist.

Costa Rica imposed a mandatory mask-wearing protocol back at the end of June. You have to wear a mask in all public places. That means stores, offices, restaurants, bars, public transport, and so on. Even bus stops. Without a mask you, they’ll turn you away.

In, say, a restaurant, you don’t need a mask while sitting at your table eating or drinking, but you certainly do to enter the place, move around inside the place (like go to the bathroom), and to leave.

Outside, on the street, or the beach, or wherever you are, you don’t need a mask.

It’s no coincidence that COVID’s R-rate plummeted after mask-wearing became mandatory. At I write today, we’re seeing a slight uptick in the R-rate to over 1.0, which a worry, but the general trend is way down.

Mask-wearing is the single most important protocol a country can mandate to control COVID. Oh, and constant hand sanitizing. You can’t enter anywhere without a dollop of alcohol gel put on your hands.

Face Masks to be Mandatory in Public in Costa Rica from June 27 https://t.co/hzqtFSaxGC

Another protocol in Costa Rica is social distancing.

No one is letting anyone get too close anywhere. Public spaces operate at 50% capacity, keeping people from packing together too close. You’ll see half the tables in restaurants and bars literally cordoned off with police tape to stop people sitting at them. Officials check these places all the time, and won’t hesitate to shut them down if they don’t comply.

Outside of mask-wearing and social distancing, Costa Rica also has driving restrictions in place, where you have to be off the road by 10:00 PM on weekdays and 8:00 PM weekends. This also means everything has to close by these times around the country. So, no nightlife at all for the time being, no packing into clubs and gigs.

Costa Ricans and tourists alike are being sensible about all this.

I’m sure the protocols listed above will never suffice for many.

But they seem to be doing a good job so far, in combination with the natural spread of the virus slowing down.

It’s also worth pointing out to the commenter that so far, not a single tourist in Costa Rica has been reported COVID positive since the borders reopened. If they had been, you can guarantee it would attract major news coverage.

Tourists come in, obey the protocols, and go home. They stay in hotels with strict COVID protocols (on pain of closure) and enjoy what Costa Rica has to offer in safety.

Shutting down borders and refusing entry to all and sundry is pure folly. COVID is widespread all over the world now, including Costa Rica. There’s as much chance of a tourist bringing COVID into Costa Rica as there is of him/her catching it from a Costa Rican and taking it back home with them.

This is the pragmatic approach Costa Rica is now operating under. To dismiss a developing country’s approach as “insanity” is both unfair and ill-informed.

There’s something grating about someone from Canada or Europe – where they pay you to stay in during this crisis – lecturing a developing country like Costa Rica about protocols.

If you’re from a country with a solid social security network that can afford to pay your salary for you while you ride out the pandemic in lockdown, consider yourself lucky.

Most of the world, including Costa Rica, can’t do that. In Costa Rica, you consider yourself lucky if you’ve managed to keep your job while only receiving a 50% pay cut. That’s the situation.

People in tourist communities have been living hand-to-mouth, relying on food banks to feed their families.

At this stage, most Costa Ricans worry more about their evaporated jobs, businesses, and livelihoods than they do about COVID-19. The government isn’t paying them to stay in. They need to work and they need tourists back.

This is why we dropped the COVID test rule to enter and opened up for the whole world. Is it perfect? No. But it’s better than the alternative of full economic collapse and the long-term misery that will bring for generations to come.