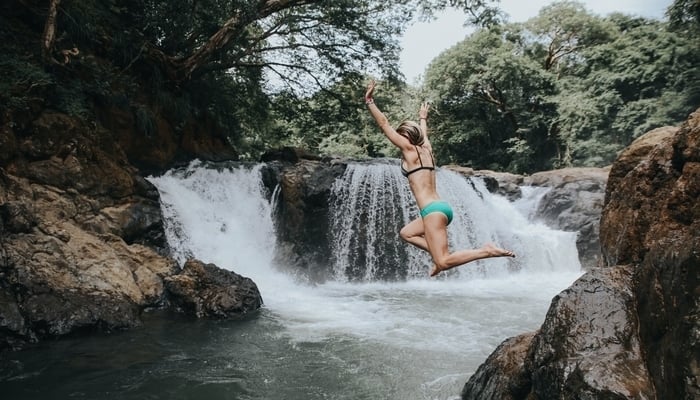 Costa Rica’s tourism industry almost died in 2020. It’s still on life-support, but getting better slowly, thanks to the efforts of thousands. Here we list the people we believe stand out as tourism heroes in 2020.

Is it an understatement to say 2020 has been a bad year for Costa Rica‘s tourist industry? Pretty much, right? More accurate to swap the word “bad” for terrible. Or catastrophic. Or devastating. You get the picture, things have been far from good.

Apart from Belize, no country in Central America relies more on tourism than Costa Rica. Outside the Central Valley, tourism is all many coastal and rural communities have. Unemployment in many of these communities has approached 100%. People lost everything and now rely on food banks and charity for survival.

This website is owned by a travel company, so we’ve spent the year highlighting and reporting on Costa Rica’s tourism ills. We make no apology for that. It’s been depressing reading (and writing).

There are some bright spots, though. Since reopening its borders in August, the tiny trickle of tourists coming in has turned into a (very) small stream. We’re still a long way from any kind of “normal” and many businesses and livelihoods have gone forever. But there’s light at the end of the tunnel.

This article is about celebrating that light, and more importantly, the people who made it possible to see it in the first place.

In this Holiday Season, we want to pay tribute to the men and women we consider to be Costa Rica’s tourism heroes of 2020.

Let’s see who they are below, listed in alphabetical order.

A look at how Central America’s two most-important tourist economies (#Belize and #CostaRica) have relaxed their protocols for tourists and what they still need to do.https://t.co/y0dcRt2rkf

An ex-tourism minister and now a PLN diputado, Carlos Ricardo Benavides has spent much of 2020 coming up with proposals to help reinvigorate tourism.

He’s the man behind the proposed remote worker bill and a plan to promote Costa Rica as a film destination. These two major initiatives, if passed, will boost tourism in Costa Rica in a post-pandemic world. In short, Benavides is thinking outside the box to make Costa Rica competitive as a destination beyond the pre-pandemic normal.

He was also behind the push to turn Isla San Lucas into a national park, something which finally happened earlier this year.

If Carlos Ricardo Benavides is the man who’ll make Costa Rica’s remote worker bill a reality, then perhaps Colin Brownlee is the inspiration for it. This Canadian/Tico hotelier has been calling for and promoting some sort of system to attract remote workers to Costa Rica since the start of the pandemic.

He was early in predicting this new future of tourism and has lobbied tirelessly all year for change. His Hotel Banana Azul in Puerto Viejo is one of the first to actively cater to remote workers.

Call him a trailblazer in this new normal.

Andrea Diaz could be Costa Rica tourisms first real martyr of the pandemic. A surfer from Tamarindo, she was arrested in June while exercising her legitimate right to protest the continued beach closures that had decimated her community.

During the protest, Diaz and others wore masks at all times and respected health protocols. The police, in a heavy-handed show of repression, gave no reason for arresting her at the time. They took her to Santa Cruz, processed her, and later released her without charge after authorities found she’d actually done nothing wrong.

After her arrest, Diaz became something of a cause célèbre in Costa Rica, as commentators from across the board criticized the treatment she received for protesting the right to work and earn a living in a free country. The hashtag #YoSoyAndreaDiaz trended all over the country.

Writing in La Republica, columnist Luis Alejandro Álvarez called her arrest a “totalitarian act” where the state exceeded the power given to it. He urged readers to not forget her name, and warned that next time it could be any one of us.

Juan Carlos Hidalgo is one of those commentators who criticized the arrest of Andrea Diaz. He spoke of “getting chills” at the thought of authorities arresting Costa Ricans for exercising their right to peaceful protest. He also criticized the hypocrisy of so-called “progressives” who justified Diaz’s arrest.

Like elsewhere, this pandemic has brought out the worst in so many people in Costa Rica, including many “progressives” who seem to favor rigid lockdowns, the surrender of rights, and the punishment of anyone who dares think differently.

Hidalgo has been fearless in condemning this behavior and is a liberal in the truest sense of the word.

His constant calls for the government (and the traditional Costa Rican elites) to take tourism seriously and make it “state policy” mean he’s a hero to the tourist sector in 2020.

Tens of thousands of laid off or furloughed tourism workers felt ignored in 2020. Hidalgo didn’t ignore them. He listened to them and gave them a voice.

PUSC diputado Pedro Muñoz is another politician who supported tourism while others ignored it.

Muñoz was one of the first politicians in Costa Rica to question the beach closures. When they extended beach openings from 8:00 AM to 9:30 AM, a move that killed all hope for many tourism businesses, he said it was insufficient and called for afternoon openings.

“We need a balance to prevent the economy from reaching the point of no return due to the pandemic. With no economy, there is no health.”

Later, Muñoz was instrumental in blocking the administration’s plan to raise taxes for a $1.75 billion IMF loan. He proposed an alternate plan, highlighting the need to support tourism businesses and offer them incentives rather than taxes.

Tobias Murillo is the mayor of Garabito on Costa Rica’s Central Pacific coast, which includes Jaco, Herradura, and Playa Hermosa. These beach communities are among the most-popular and most-visited in Costa Rica.

Like most beach communities in Costa Rica, the beach closures and tourism shutdown devastated the local economy.

Tobias Murillo became a tourism hero in July when he forced the government to back down on moving Garabito from yellow to orange alert. This would have meant further restrictions, further pain.

Murillo’s move created a sea change in opinion around Costa Rica, from one of blind acceptance to one of questioning. Since Murillo, other local leaders have put their communities first and questioned government measures.

A series of passionate speeches and pleas to the president to help the masses of unemployed in Costa Rica make PLN diputado Franggi Nicolas a tourism hero in 2020.

She’s been a relentless firebrand all year with her direct challenges to the Alvarado administration, calling for tax breaks for small businesses and for a moratorium on loan payments.

Nicolas is one of the diputados behind the bill that lowered marchamo payments for 2021.

Will Your Marchamo Go Down in Costa Rica Next Year? https://t.co/4onQ7ZRsa6

Costa Rica’s biggest tourism hero of 2020 is, in our opinion, Gustavo Segura. He took over as Tourism Minister in early July, after Maria Revelo Raventos resigned on health grounds.

It would be impossible to imagine a worse time to become tourism minister of a country that relies on tourism. In July, the industry was on its knees.

Gustavo Segura changed all that. He came in and things started moving almost immediately. He reached out to the industry, listened to it, and did his best to help it. You might say that’s his job, but that wasn’t happening before. His coming in felt like a breath of fresh air.

Opening up tourism in Costa Rica has been slow and painful, like peeling off a band aid rather than ripping it. Some elements of the administration no doubt wanted to stay closed, but under Segura, the country opened up completely.

Has he won all his battles? No. But there’s zero doubt in the tourism community that Segura is on their side.

My final tourism hero might be an odd pick, given all that’s happened this year.

I would also throw in a special shout out to Costa Rica president Carlos Alvarado. Given how many other people on this list have spent the year pushing back against Alvarado and his policies, this might be controversial.

But I’m not partisan at all, and face it, he’s the one who signed off on Costa Rica’s reopening. He’s the one who listened to the blowback about the travel insurance requirements. The one who dropped the COVID testing, and who opened up to the whole world.

He did all that against opposition from many in his administration. There are those in this administration who would never have opened up to the extent that we did. Alvarado overruled them.

It’s easy to criticize what’s happened in Costa Rica this year, but it’s been far better than other countries in Central America. If Costa Rica had made the same moves as any of them, its tourism industry would be far worse off. As I write, Panama, for example, is under lockdown again.

When people criticize this administration, about how they handled tourism, I always ask who’s done it better in Central America?

Carlos Alvarado listened to his tourism minister and deserves respect for that. Oh, and he’s also the first president in Central America to bring the vaccine in. That’s no small feat. At the end of the day, it’s only the end of the pandemic that will save tourism in Costa Rica.

So who are your tourism heroes in Costa Rica?

If you work in tourism in Costa Rica, let us know who you would include in this list. We’ve missed many people, especially those unsung heroes in the Canaturs around the country.

2020 was a bad year for Costa Rica’s tourist industry, understatement of the decade. But with people like those listed above, 2021 will be better. We have zero doubt about that.

What articles on this site were you reading most in...

Why the UK Travel Ban in El Salvador, Guatemala, and Panama is Nothing but Political Posturing

A look at why El Salvador's, Guatemala's, and Panama's UK...