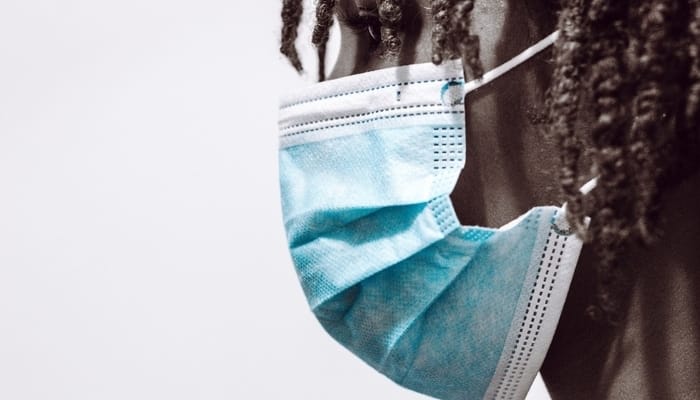 A year into the Covid pandemic, we take a look Central America’s numbers and try to put a little perspective on things. The reality is, despite the continued fear and fearmongering, the worst of this pandemic is behind us and it’s time to get back to normal.

There’s a Facebook group I joined a while ago called the Covid-19 Discussion Group. It has over 35,000 members, most of them living in total fear 100% of the time.

I often think they must be trolls because no-one can be that terrified of this thing, surely?

Especially not if you’re young and relatively healthy. Don’t get me wrong, I’m no Covid denier at all, but at the same time, I can’t believe how a group made up mostly of younger adults can be so scared so much of the time. Are they punking me?

Every time someone mentions lower numbers or the actual mortality rate for Covid, they get shut down and called a fascist, or worse… an obvious Trump supporter. It’s incredible.

It’s the fault of the media, of course. They salivate over new varients of Covid, pronouncing each one as the next new harbinger of doom. New “deadly” Covid strains are the last weapons they have to terrify the gullible who want to be terrified.

Politicians too. It’s obvious how much they love it. They love the power this whole thing gives them. With many of them, there’s no embarrassment or shame whatsoever at the hypocrisy of telling the minions to stay in from the comfort of their tropical winter vacation homes.

Canadian politicians seem to be among the worst offenders, with tons of them coming south to Costa Rica, Hawaii, Mexico, Florida, or the Caribbean. All while telling regular folk to shut up and stay in.

In the United States, the mayor of Austin, Texas, made headlines for telling people to stay in from his Cabo vacation home. The governor of California feels it’s fine to go out to restaurants, mask-less, and sit in groups of people while closing every business in site to “protect” people from COVID.

Then you get the virtue-signaling celebrities.

Professional big-mouth Piers Morgan waxing on about staying in while taking a winter vacation to the Caribbean. Chef Gordon Ramsey coming to Costa Rica while pretending he’s suffering through Lockdown Number Three with the miserable wretches of humanity back in London.

California Gov. Gavin Newsome (who was such a Covid stormtrooper that he mandated masks *even while eating at a table* – before being caught at a Michelin starred restaurant with 11 others, none in masks) has ended his lockdown.

But he may yet be recalledhttps://t.co/IDhZWU7s5m

So here’s another newsflash:

Despite the doom and gloom you might read every day, the truth is Covid numbers are plummeting all over the world. Sorry if that disappoints you, Karen.

Covid daily case rates in the United States are at their lowest since mid-October, on a steady downward trajectory since early January. You wouldn’t think it from the narrative out there.

According to today’s New York Times, 15 out of 50 states have increasing caseloads, and even those states have seen dramatic decreases since January. The rest of the country? Going down, including Texas, which on March 3, became the first state to drop all Covid restrictions.

Florida, much ridiculed and sneered at by many for months for its refusal to lock down, is also in a good place.

Kinda makes you wonder what the hell the point of the lockdowns were if after all this, Texas and Florida’s Covid curves look little different from those of California or New York.

Same in Canada. Despite that country going for some of the most draconian travel rules in the world, their COVID numbers have been sliding since they peaked in early January. Right now, they’re the same as they were in early November.

When Justin Trudeau announced his travel restrictions at the end of January, daily cases had already plummeted.

The UK, too. Same thing. COVID cases have plummeted (I don’t think I’ve ever written the word “plummeted” so much in my life, but it fits) in 2021. Yet the British government still pushes a damaging and soul destroying lockdown.

I read a great article recently in The Atlantic where they said that between the upcoming northern hemisphere springtime, some degree of natural herd immunity, and the vaccine rollout, COVID is on the backfoot.

It’s not over by a long shot, they said, but that window of time the virus needs to find masses of non-immune people is shrinking. We’re on the right side of this.

“Although the pandemic isn’t over, we have perhaps reached the beginning of the end of COVID-19 as an exponential, existential, and mortal threat to our health-care system and our senior population,” said the article.

Of course, the mainstream press and the panicked hordes on social media don’t see it that way.

They see the world as unsafe until we eradicate this virus. Which will never happen. When did eradication become the goal, anyway?

The best outlook is that Covid becomes nothing worse than a cold. That’s what it already is for most people who get it, no matter what the fear-pornsters tell you.

Central America is no different from elsewhere.

Every country’s caseload is going down. And that’s with only Costa Rica and Panama well into their vaccination programs.

Chances are that in these smaller, younger populations who spend so much of their time outdoors, COVID has run out of time and space to operate (like the aforementioned Atlantic article says). Take a look at the chart below:

Panama has by far had the worst pandemic. It’s a country where everyone breathes in freezing, air-conditioned air all the time, so it’s not surprising. That’s not the only reason, but in Panama City, you’re inside far more than anywhere else I’ve been in Central America.

Panama’s Covid curve looks like a North American or European one. Early peak followed by dip followed by massive second wave followed by sharp drop. Panama is now seeing the same amount of daily cases as it did in November.

Costa Rica is also on the right path.

Costa Rica was the first country in Central America to record a COVID case. It then took a long time to get going, although this was as much to do with lack of testing as anything.

They began testing in earnest in June, 2020, and numbers shot up, along with hospitalizations and deaths. Costa Rica’s COVID curve looks like one large hill, rising rapidly from June to August, plateauing from September (with its peak in September and October) to January, and then dropping from January onwards. Right now, Costa Rica’s daily caseload is the same as it was in early-June.

It’s the same throughout the rest of the region. Honduras, Guatemala, El Salvador, Belize. Daily case numbers are dropping in every country.

This also means hospitalizations and deaths are dropping, too, which is the most important factor.

It doesn’t really matter, as far as I see, how many people get this thing if all they have are mild symtoms at the most. So what? What matters are people getting Covid and ending up in hospital or dying.

Again, all over the world, we’re seeing less hospitalizations and deaths from Covid, including Central America.

As I mentioned above, Central America is lucky when it comes to Covid. We have a young population here – younger than that of Europe and the United States, anyway.

We also have a healthier, less obese population (although obesity is a growing concern throughout the region and diabetes is a real issue in Latin America). Covid finds it harder to kill healthier people. Chances are, vaccine or no vaccine, Covid has already hit most of the elder and more vulnerable.

And we’re outside a lot more in the sunshine. Covid doesn’t spread well outside, which is why all those crowded beaches in the UK last summer weren’t those super-spreader events they told you they would be. (Not that I expect this to deter the fear-crazed Karens.)

There was never any danger at all outside. And high school kids had their baseball seasons cancelled over this. The Guardian: How the beach ‘super-spreader’ myth can inform UK’s future Covid response.https://t.co/EnCXBzeLPM

All I am is the editor of an online magazine.

But even I can see this thing is, for all intents and purposes, over. It’s time to open our economies, open our borders, get back to work and school and travel and sport and fun again.

We’ll never be completely free of Covid but we can’t continue like we have been, living in fear, sitting on social media telling evcryone who isn’t as scared as you are that they’re a fascist Trump supporter.

Anyone who disagrees with this is blinded by fear of an illness they’ve probably already had and never noticed they had it.