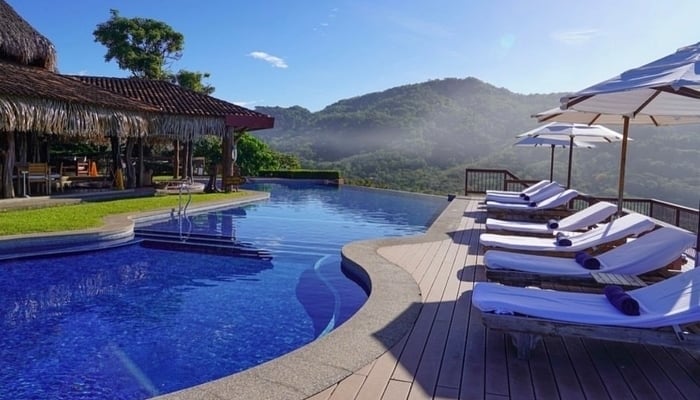 His administration been reckless (that’s the nicest way of putting it) with the economy to say the least. The social and health impact of shutting down a developing country will haunt us for decades.

People have lost their jobs, can’t buy food, are losing their homes. All this will have a far higher cost in human lives and misery than COVID-19 ever will.

But I’m not here to talk about all that.

I’m here to defend the president against a mounting tide of criticism over his weekend at the beach.

On Sunday, the Casa Presidencial reported that Alvarado and his family had taken the weekend off to go to the beach. He left San Jose on Friday afternoon, went to Guanacaste, and came back yesterday (Monday) morning.

“The President took a break this weekend, with his family bubble and respecting health protocols. He did it in a national hotel, located in Nadayure Canton, Guanacaste, which is on yellow alert,” said the Casa Presidencial.

No-one batted an eye about this until a CRHoy post last night, breathlessly reporting that the presidents trip was “full of contradictions”.

The main contradiction, as far as I read, was First Lady Claudia Dobles telling a radio show that her family had paid for the trip themselves.

Turns out they split the cost of the flights to and from Punta Islita (the hotel they stayed at) with Andre Garnier (the minister responsible for coordination with the private sector) and his wife.

But who cares? Why were the press trying to play “gotcha” over this? As long as they didn’t use public funds, why does it matter? Has no-one here ever split an Uber or a taxi ride? What’s the difference?

The First Lady is right – they did pay for the weekend by themselves.

Which brings me to the cost of the weekend itself.

All the leading dailies – La Nacion, La Republica, El Mundo – are talking about how the president and his family spent almost $4,000 on their weekend.

They’re pawing through receipts, seeing how much he spent on accommodation and food. I’m sure someone’s up there now going through the waste to see how much toilet paper they used or how many chiliguaros they went through.

Here’s my (unasked-for) opinion. As much as I disagree with the direction of the country right now, the guy deserves a break.

And if he wants to spend almost $4,000 of his own money on a weekend away, all power to him. It’s no-one else’s business.

What I see is someone putting much needed money back into a decimated tourist industry. We need more people traveling to the beach and spending money, not less.

It doesn’t matter if you get there in a helicopter, Uber, car, or bus. The beaches of Costa Rica need people visiting to help kickstart employment again.

I’m positive that Punta Islita and their employees who catered for the president this weekend are grateful. They may even have a glimmer of hope for their futures. Punta Islita has been closed since March. Opening it up again, even for a weekend, brings that glimmer of hope.

All those people who have been against international tourism coming back should be happy the president’s doing his bit for domestic tourism. Or what, should we nix that too?

What the president did this weekend, by going to Guanacaste, is show the world that Costa Rica is safe and ready to accept travelers again. He showed the world we have protocols here to protect tourists.

And yes, people can argue about “the optics” of spending almost $4,000 in a weekend. That sounds like jealousy to me. Everyone knows that the President of the Republic is a high-earning job. Does he need to wear a hair-shirt and pretend to be poor? That’s an insult to the intelligence of Ticos.

One good thing I’m seeing is that many Ticos are pushing back against the muckraking.

It seems they have more important things to worry about than what the president does with his own money, no matter how many “let-them-eat-cake” cartoons the press publish.

Again, he has every right to spend his family money – and his wife has a successful career in her own right, too – however he wants. Punto.

And you know what? If the minister responsible for coordination with the private sector was up there too, that’s great. I hope they talked a lot of shop. They need to.

Please stop making a federal case out of this, Costa Rica press. I know we all need to be outraged about something, every single day of our lives, but this shouldn’t be the hill to die on.

Yesterday we posted an interview with the owner of a beach bar/restaurant in Playa Avellanas, also in Guanacaste.

In the interview she talked about how desperate the situation was in her beach community. Anyone interested in what’s really going on in this country should read it. She was clear that tourism needs to return to her area to give hope to local people.

Carlos Alvarado’s trip brought tourism returning – at least for a weekend – to one small part of Guanacaste. That is a good thing, not a bad thing. We need more of this, not less.

Now he’s back and (hopefully) refreshed, let’s see him help more beach communities by paying out everyone’s bono protegeres. That would really be useful in the immediate-term. And in the medium-term? Maybe just get the bus next time you go to the beach.

Over to you, don Carlos.

As new US President Joe Biden settles into the Oval...

What can Central America expect from the incoming Joe Biden...