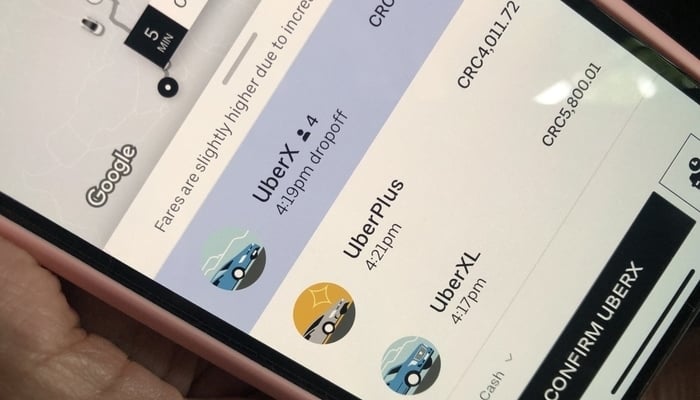 A Quick Guide To Uber In Central America

Despite the protests of taxi drivers throughout the region, Uber in Central America has proven itself immensely popular. Most of the time it’s cheaper, safer, and cleaner. This guide outlines the status of the ride-sharing app in four Central American countries.

My friends and I have a little competition going on.

Each month we compare our Uber ratings to see who’s the biggest asshole. Having a dropping Uber rating isn’t the only sign of asshole-ness, but it’s an indication.

If an Uber driver doesn’t like you for any reason, they won’t give you five stars. If they keep giving you less than five stars, your rating drops.

They can give you less than five stars for any reason. Were you rude? Too loud? Too quiet? Did you slam the door? Did you fart or puke?

Anyway, this month it turned out my Uber rating has dropped. I’m now a 4.71 which is lower than Rebeca’s who was always at the bottom of our little group.

I don’t know what I did. I’m always polite. I always say hi and bye. I never slam the door or fart or puke. Most of the time my headphones are in and I’m listening to music or a podcast. I do have one of those faces people want to punch so maybe it’s that.

They’d call it a resting bitch face if I was a woman.

But somehow I’m going down and Rebeca is going up. She says she’s going up because she no longer talks to the driver which if you met Rebeca, you’d understand.

But I never talk to the driver and I’m going down!

It’s not fair. If I go down far enough, no Uber driver will touch me with a bargepole.

A sobering thought in a region where Uber is the king of ride-sharing in this part of the world. I don’t want to lose my access because of my smackable face.

So my personal worries aside, how is Uber in Central America? Where does it operate down here?

Here’s a quick, basic guide to Uber in Central America.

Panama was the first Central American country where Uber launched, in March 2014. Uber is now a solid part of Panama City’s transport infrastructure.

Panama City taxi drivers have not been happy about the competition. Things have been tough on them in recent years since Metro Bus and the subway opened.

But the level of vitriol and protest from the taxi community in Panama City has been a little less than elsewhere. They can’t blame Uber alone for their problems.

San Jose first saw its first Uber drivers take to the streets in August 2015. This was a baptism of fire. Protests immediately took off like a flaming banshee from the taxi drivers.

They had a lot to lose. An Uber ride was almost half as cheap as a taxi when it started. It’s gone up somewhat since, but Uber is still cheaper than a red taxi.

Since the beginning, Uber in Costa Rica has been contentious and sometimes violent.

Continuing efforts persist on both sides to either ban Uber outright or enshrine it into law. It operates in a grey area – legal but not legal. The police occasionally arrest Uber drivers and compound their cars, although, given the number of drivers on the road, it’s rare.

That said, a friend of mine was once in an Uber in the center of San Jose when police stopped the car and forced my friend to show them his cell phone to prove he was an Uber passenger. It was unnerving for him.

Despite stories like this, Uber is an overwhelming success in Costa Rica. Ticos downloaded the app in record numbers. There are around 800,000 Uber users here, giving this Costa Rica the biggest market penetration in Latin America. Costa Rica has over 20,000 Uber drivers. Hard to imagine the government kicking Uber out and creating more unemployed.

Right now in Costa Rica, you can get regular UberX, UberXL, and Uber Plus, which is an X but guaranteed newer with a top-rated driver.

Most drivers operate from the Central Valley but will drive all over the country. The drive from San Jose to Liberia will start at around $130 while trips around the Central Valley will be anywhere between $3 and $20. Again, these prices come in much less than a taxi. Getting from San Jose to the international airport is about $10 now with an Uber.

The future of Uber in Costa Rica is certain and uncertain at the same time.

Certain because it’s so popular, and it’s hard to envisage a situation where the government would ban it. In fact, the current government of Carlos Alvarado has stated they would legalize Uber if they pay taxes and a fine.

Uncertain because of the sheer vehemence of the taxi drivers. They vow to continue protesting Uber until it’s driven out of Costa Rica for good.

Uber Guatemala launched in December 2016 and, like in Costa Rica, the local cabbies don’t like it. Protests are common.

But Guatemala is cheap, and it’s not possible for Uber to undercut the taxistas to the same extent as Costa Rica.

When you’re looking at around $5 from Guatemala City to/from the airport, it’s difficult to undercut that.

The key reason to use Uber in Guatemala is safety – a way to travel around with somebody who is accountable.

When ordering an Uber in Guatemala you’re restricted to the Guatemala City/Antigua areas and you’ll find a few Uber drivers around Lake Atitlan.

No choices here – everyone is equal with the standard UberX.

El Salvador is the last country to embrace Uber in Central America, launching in May 2017.

Although when I say “embrace”, that’s in the loosest sense. Like everywhere else, everyone loves Uber unless they’re a taxi driver.

In the post-launch months of 2017, the government asked its citizens to stop using Uber and threatened to seize drivers’ cars.

They stopped short of criminalizing the service though, and most people love the service. It’s cheap and convenient and safe.

What’s next for Uber in Central America?

Will Uber will spread into the other Central American countries of Honduras, Nicaragua, and Belize?

The Latin America market for Uber is the fastest growing one on earth and they would love a presence in every country down here.

Last year everyone expected Uber to open in Nicaragua but then their political crisis put paid to that. Will they go there? Only time will tell.

Far more likely is Honduras. People have been asking for Uber on social media for years there now. Recent reports suggest that Uber is about ready to launch in Tegucigalpa and San Pedro Sula.

Unlike the rest of the region, it seems Uber is coming in with government pre-approval, where drivers will need to register.

Whether this happens, or whether this will appease the inevitable wrath of the Honduran taxistas remains unknown.

Belize seems the least likely country for Uber. There seems to be no real appetite for it. Yet. That can change.

Expansion aside, the future of Uber in Central America lies in consolidation.

It’s going to be about getting fully legal and regulated. About getting the various governments off their backs. I don’t believe any government in Central America will ban Uber. But they will end up finding ways to regulate it more, which will make it more expensive. That’s fine.

The bottom line is that Uber is not going away, no matter how many rocks the taxi drivers throw. And even if it went away, ride-sharing apps will not.

Protesting against Uber is like your old DVD rental store protesting Netflix. The days of taxies are over, for good or for bad. As someone whose personal experience of taxies in Central America is not a good one, I can’t say I have sympathy.

From a consumer’s point of view, if it’s cheaper, safer, and cleaner, it’s an easy decision. Sorry, not sorry.

Uber has enhanced public transport all over Central America and its popularity speaks for itself. And that won’t change anytime soon.

In the meantime, I need to concentrate on making my face more likable and getting my rating back up. Otherwise, my Uber in Central America experience will fade away and I’ll have to wait for Lyft to arrive to start all over again. 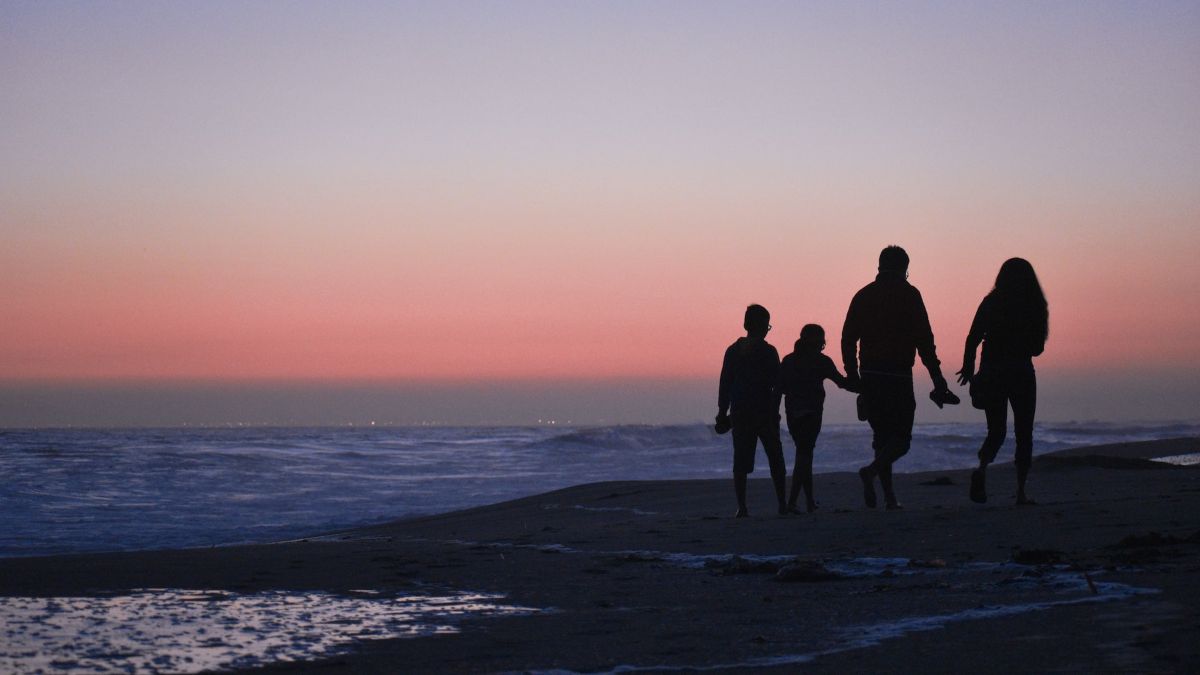