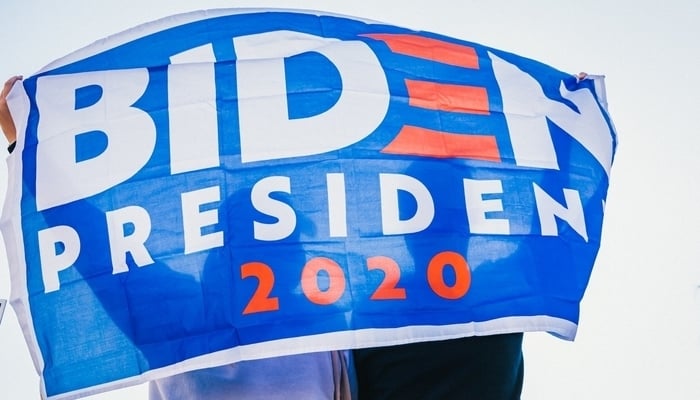 What can Central America expect from the incoming Joe Biden administration as it prepares to take office tomorrow? Nestor Quixtan kicks off a three part series with a look at Joe Biden and Central American immigration to the United States.

As Joe Biden prepares to become the 46th President of the United States, Central America looks to put the outgoing Trump administration behind it. The region has great expectations for the incoming administration on many fronts.

Central America is eager to move on, as the region felt the Trump administration’s wrath from the start.

Yet, the vitriol did not stop there. Trump slashed aid to Central America, and coerced Guatemala’s Jimmy Morales administration into accepting the Safe Third Country agreement in 2019.

US struck Safe Third Country Agreement with Guatemala, “trapping migrants in a region where violence is a normalized condition of life, upward mobility is impossible, and opportunities are scarce,” @SuyapaPV @LindaAlvarezPhD + Alicia Ivonne Estrada wrote. https://t.co/rnIvb1HjfN

So, the question begs, what can Central America expect from Joe Biden?

In this article, we’ll be kicking off a three-part series where we’ll examine what Central America can expect from the Biden administration. We’ll be focusing on three main areas, immigration, foreign aid, and transparency. These areas are the core focus of US foreign policy in Central America.

In this installment, we’ll begin by looking at Trump’s immigration stance, and what the Biden administration has in store.

In 2016, then-candidate Trump promised to build a wall to keep illegal immigrants out. He partially delivered on his promise, but couldn’t secure enough funding to complete the project. Yet, this rhetoric would set the tone for what would be a struggle for immigrants in the United States.

Trump tried his best to overturn many of the pro-immigration policies of the previous Obama administration.

One choice example was his attempt to repeal the Deferred Action for Childhood Arrivals (DACA) act. This legislation was one of the most significant achievements of the Obama administration. DACA intended to offer a path to citizenship to children who had arrived in the United States as illegals.

In 2017, the Trump administration sought to kill DACA. Multiple lawsuits sought to stop this from occurring. Back and forth litigation led to a Supreme Court ruling in 2020, which ruled the government could not arbitrarily pull DACA.

In contrast, Biden has stated his administration plans to make DACA a permanent program, offering protection to children entering the United States as illegals.

Moreover, he’s pledged to lay out “a clear roadmap to citizenship.”

This clear about-face seems like a direct attack on the previous administration’s restrictive policies.

The incoming administration has also made it clear it intends to restore the Temporary Protection Status (TPS) program to countries in need. In particular, it’s promised to grant TPS to Venezuelans currently residing in the United States.

In contrast, the Trump administration turned a deaf ear when Honduras desperately pleaded for TPS protection after last year’s hurricanes. The Honduran Foreign Ministry stated that Washington would “analyze” the request. In the meantime, Honduras reeled in the aftermath of the largest hurricanes since Mitch in 1998.

The caravans are coming.

In 2017, small groups of men, women, and children left Central America’s Northern Triangle for the United States. These first groups walked through Guatemala and Mexico up to the US border.

The first caravans cited widespread crime, violence, corruption, and poverty as the reasons for fleeing their home countries.

Throughout 2019, the caravans kept making their way up north.

Mexico tried its best to stifle the advance of the caravans at the Guatemala-Mexico border. But the porous border enabled scores of migrants to scuttle past law enforcement.

Then COVID-19 came and changed the landscape.

With border closures and lockdowns, the caravans stopped. From March to September last year, borders remained closed throughout Central America. As the borders re-opened, the caravans started again in October.

This time, Guatemalan authorities tried to stop the caravans from entering its territory. Citing concerns about spreading COVID, Guatemala deported most of the migrants back into Honduras.

To add insult to injury, hurricanes Eta and Iota ravaged through Central America, leaving thousands homeless. Thousands of families had to relocate into shelters, amid the loss of their homes and livelihoods. In Honduras, some 100,000 people relocated to shelters.

Almost immediately, these shelters become a breeding ground for poverty, violence, and COVID-19. In an interview with the Washington Post in early December 2020, Honduran President Juan Orlando Hernández stated that “in the absence of a coordinated international response, migration from Honduras to the United States could surge.”

Both Honduras and Guatemala filed separate TPS requests following hurricanes Eta and Iota. They received no response from Washington. Sure enough, the caravans took back to the road in early 2021.

Unfortunately, the Northern Triangle countries’ economic, security, and political challenges have recently worsened, and have been further exacerbated by the Covid-19 pandemic and the devastation caused by Hurricanes Iota and Eta. https://t.co/yeboEwUz19

For their part, Guatemalan authorities denied entry to any Hondurans who did not meet proper entry requirements like a valid passport and negative COVID tests. The Guatemalan Health Ministry indicated the caravans were denied for fear of spreading COVID. This rhetoric is further reinforced by forced negative COVID certificates and 21 migrants testing positive for COVID.

The Biden administration has reportedly pledged roughly $4 billion in aid to Central America to address the root causes of the caravans.

In late December 2020, the US passed a $900 billion COVID relief bill. Included in the bill was an estimated $500 million slice for Central American aid. While it remains unclear exactly what that aid entails, it’s safe to say the incoming administration will have some room to maneuver in the early going.

The main concern at this point, though, would be how the Biden administration plans to spend these funds. If President Biden hopes to curtail the migrant caravans, he’ll have to do more than just throw money at the problem.

The incoming Biden administration has stated it will not open borders to the migrant caravans.

One senior official said, “the situation at the border isn’t going to be transformed overnight.”

In other words, it seems the Biden administration is signaling to the caravans, “don’t come now.” It seems migrants will have to sit and wait until the time is right. The Biden team has been clear about reversing many of the uncompromising policies set by the Trump administration.

In the meantime, Michael Kozak, Acting Assistant Secretary for Western Hemisphere Affairs tweeted the following, “A migrant caravan during a pandemic puts all at risk – its members, law enforcement, & citizens of the countries it transits. We support Guatemala & Mexico’s lawful efforts to ensure secure borders, health safeguards, & safe, orderly, and legal migration in this hemisphere.”

For the time being, it seems the US is on board with Guatemalan law enforcement squashing the caravans. It’s only a matter of time before the Biden administration makes a move on this issue.

As reported by Forbes, a Biden senior official stated, “…the journey to the United States remains extraordinarily dangerous, and those in the region should not believe anyone peddling the lie that our border will be open to everyone next month.”

Is this the Biden administration backtracking on its campaign promises? At first glance, it seems to be that way. Yet again, only time will tell.

A migrant caravan during a pandemic puts all at risk – its members, law enforcement, & citizens of the countries it transits.

Outlook on immigration during the Biden Administration.

At this point, it’s too early to call the Biden administration’s game plan on immigration.

It seems like Biden wants to deflect immigration matters until he’s sworn in. The large shadow cast by Donald Trump and his staunch supporters will most likely hamper any attempts at immigration reform.

With the Democrats’ control of the US Senate, it seems immigration reform may be plausible. If so, perhaps 2022 might be the year for widespread reform as the Democrats look to gear up for the mid-term elections.

In the meantime, thousands of would-be migrants have pinned their hopes on President-elect Biden making good on his promises.

This will most likely turn into a catch-22, though. If Biden chooses to be flexible, there ‘s no telling how many caravans would flood the United States’ southern borders.

In contrast, if he chooses to clamp down on immigration, will it be enough to stop them?