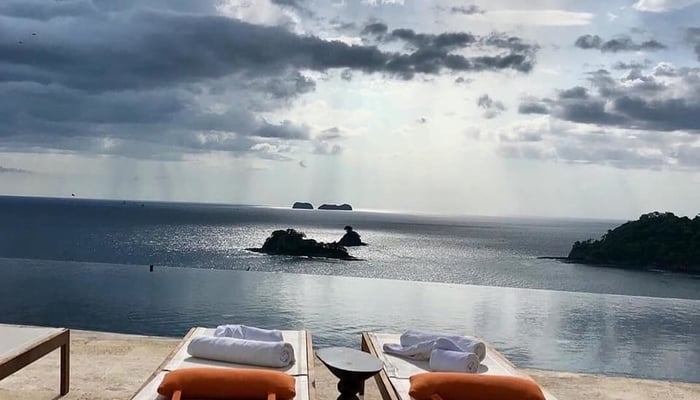 Since Costa Rica announced its guidelines and entry requirements for tourists, it has faced mounting criticism. Some of this criticism has been fair, and some not so much. The overwhelming theme of restarting tourism to Costa Rica has been, well, complication. So isn’t it time, for everyone’s sake, to simplify things? It needn’t be so difficult.

Whenever I sound off with my opinions on this site, I always feel like a grouch with nothing good to say about anyone. I guess it’s one of those years, right? But this time, I want to start with something good to say. Something positive.

I want to thank Costa Rica for U-turning on the ridiculous and unfair INS insurance policy they had in place. Not everyone can admit their mistakes, but dropping this rule is a great move. It shows you’re willing to listen to advice and amend things in real time. Thank you.

It’s much better than monopolizing the whole thing, for sure. A million times better than what it was.

But it’s not exactly straightforward and simple, is it? In difficult times, shouldn’t we be trying to simplify things?

Right now, a tourist can visit Costa Rica with an insurance plan from their own country. A way more competitive plan than the INS original. That’s fine and dandy and appreciated. All good. But like everything else we’re seeing here, it’s needlessly complicated.

Because when you buy your insurance, you – the tourist – have to contact the ICT and request they check and see it it works for them or not. I’m not sure how this would work but it sound onerous and open to error, delay, and stress.

According to the Tico Times, this is the step-by-step process you have to go through with your travel insurance. (Thanks and apologies to the TT for our copy and pasting part of your article below):

Costa Rica will welcome tourists who obtain any qualifying travel insurance policy, even if the policy was not purchased through the National Insurance Institute (INS): https://t.co/nkfVFoQu9U

“It still sounds like a giant pain in the butt,” someone wrote on the Costa Rica for Expats Facebook group.

“The steps are confusing, and the time is limited if the policy is wrong, in order to change it. It might be enough to bring back perpetual tourists, but I don’t see the families who just want to come for a week or two going through all the hoops.”
I don’t disagree.
This whole process seems convoluted and flawed. You just know social media is going to fill up with people saying how the ICT hasn’t responded to their insurance requests. Or how the ICT denied their policy or how the website is down or a million other things. There is zero doubt in my mind that this will be a mess. Bureaucracy like this is always a mess. That’s the nature of the beast.

So why not simplify this to save time, money, stress, and unnecessary effort? Let’s just let the tourist buy their insurance. That’s it.

Costa Rica identifies, say, ten insurance companies it likes in each authorized country. All well-known brand names in that country. The tourist would buy insurance from one of those companies. They would enter their policy in the Health Pass form before arrival. Job done.
No messing around with the ICT. No waiting for them to get back to you. Simple and easy, no? I have zero idea why we take something so easy and make it so complicated.

There are plenty of countries that demanded visitors had health insurance, even before COVID. I know that in most of them you didn’t have to go through a third (government) party and wait for them to verify. You simply bought the insurance. Stop trying to reinvent the wheel.

Another complication is the COVID-19 test.

On Thursday, Amcham (the Costa Rican-North American Chamber of Commerce) pushed back against the rule where tourists need to take a COVID-19 test 48-hours before arrival in Costa Rica.

For many countries, including the United States, such a quick turnaround for a COVID-19 test is impossible. Demand is too high and tests are too few. Because of this, Amcham have asked the government to change the required testing time to 72, or even 96 hours before arrival in Costa Rica.
But let’s make it simpler. Let’s test everyone upon arrival as part of the entry deal if they don’t have a valid test result beforehand. Like Belize was going to do before their August 15 reopening plans became wishful thinking.

You don’t need to make it free. The tourist will know if they don’t produce their own test upon arrival, they will be tested and have to pay for it. They would then have to quarantine in a hotel for 48 hours until their results come back.

We’ve seen confusion on social media in recent days about the COVID-19 test requirements to enter Costa Rica. Let’s break it down and make it easy to know who exactly needs a test and who does not.https://t.co/ts7j8jdkC7

Earlier this week, Amcham had another request. They asked the government to allow American tourists back into Costa Rica.

Controversial? Maybe. But it shouldn’t be. It should be simple.

Letting Americans back makes total sense in a Costa Rica where official unemployment is now hitting 24 percent. (And let’s face it, we all know it’s much higher than that.)
Without American tourism in Costa Rica, the sector will not recover. At least not in time to avert catastrophe. And if the sector doesn’t recover, neither will unemployment. Especially in rural and coastal communities.
“To truly revive tourism and give a strong push to thousands of companies and families, the government must reactivate commercial flights from the United States as soon as possible,” says Amcham president Gisela Sánchez.

“Most airlines that fly to Costa Rica come from the United States and provide the highest frequency of direct flights. Historically, Americans make up the largest group of tourists, making it illogical to exclude them.”

Unemployment in Costa Rica reaches 24%, the highest in its history: https://t.co/otXW6WYFen

When you think of it, blocking people from Costa Rica because of their nationality is absurd when you need a COVID-19 test to get in.

You’re either positive or you’re negative, no matter where you’re from.
For example, Detroit, Michigan and Windsor, Ontario are … for all intents and purposes … part of the same metropolitan area. Detroit happens to be in the United States and Windsor in Canada. It’s ludicrous to ban a person based on what side of the river they live.
If they test you beforehand (or upon arrival), what difference does it make? If you test positive, you’re not coming in, no matter if you’re American, Canadian, or from wherever.
Justin deBoom, a tourism professional (and contributor on this website), who runs Costa Rica Fishing and Caribsea Sportfishing is also baffled.
“If not letting in Americans is what the Costa Rican government feels is required to keep its citizens safe, why are they letting in Europeans? I mean, Belgium has the highest mortality rate of any developed country, but they are safe to enter and the US not. The UK has the second highest. In fact, Spain, Italy, and Sweden also have higher mortality rates than the US,” he says.

DeBoom believes there’s a way to let Americans in. It’s along the same lines as my thoughts above about testing, although slightly different.

He’d make testing mandatory upon arrival for all US citizens and speed up the turnaround time for test results.
“COVID check Americans upon arrival and 24-hour quarantine at first destination. Once test is negative, traveler is free to go. Just a thought. Even if they don’t want to open it up to all travelers, why not test the model with residents stuck in the States? Figure out a way to protect the country, but don’t blanket ban any one nationality.”

I might differ a little with deBoom on the details, but I fully agree with the premise of what he’s saying.

As the global travel industry comes to terms with the new normal, Justin deBoom talks about what @CRVTravel is doing to survive.#travelindustry #travelagent https://t.co/0QecXthCbK pic.twitter.com/qZu2rjVtY7

So let’s make the whole thing simple in a complicated and confused world.

Let’s do it this way. Let’s just open up to tourists and travelers like before as long as they’re tested and insured.
The traveler buys insurance from their own country, from a recognized brand-name insurance provider approved by Costa Rica. It shouldn’t be difficult for Costa Rica to say we recognize, this, this, this, and this insurance provider.
The traveler can buy their insurance knowing it’s approved, and that they don’t need to mess around waiting for Costa Rica to get back to them on an individual basis.
Now it’s COVID test time. The traveler has their test within, say, 72 hours of arrival (a nod here to Amcham). If they can’t get it done in that time, they will get it done upon arrival. Then they’ll quarantine in a hotel for 48 hours until their result comes (at their expense).

If their results are negative, they go on their way. If positive, well, that’s where their insurance kicks in.

I see no reason why travel to Costa Rica can’t be safe and simple, even during these strange times.

More people would come, which would help reactivate a cratering economy before it’s too late. Because pretty soon it might well be too late to reactivate the economy.

And that will kill more people than COVID-19 ever will.

Costa Rica Tourism Predictions: What the Industry Expects in 2021