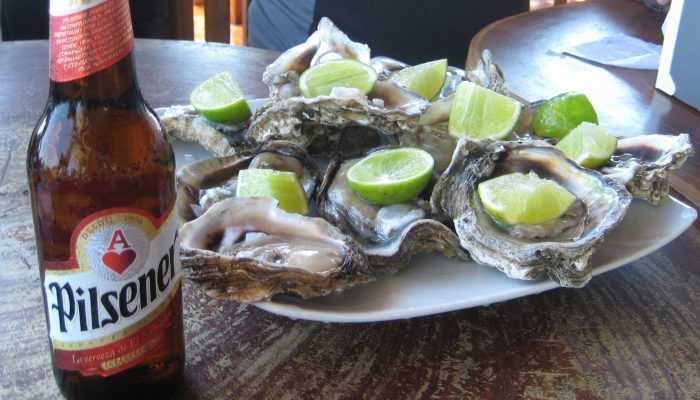 Unlike every other country in Central America, El Salvador is the only one that has no Caribbean coast at all. And if there’s one factor in this part of the world that affects culture, it could be that Caribbean coast (or lack of) factor.

You see, El Salvador doesn’t have an African culture at all like the other Central American countries.

African slaves arrived in El Salvador in the sixteenth century, but over the years they have assimilated and mixed into the general population. Nowadays you see that typical mixture of African, European, and indigenous peoples that make up the bulk of Latin America. The culture of the Caribbean Coast of Central America is not a thing in El Salvador and never has been. 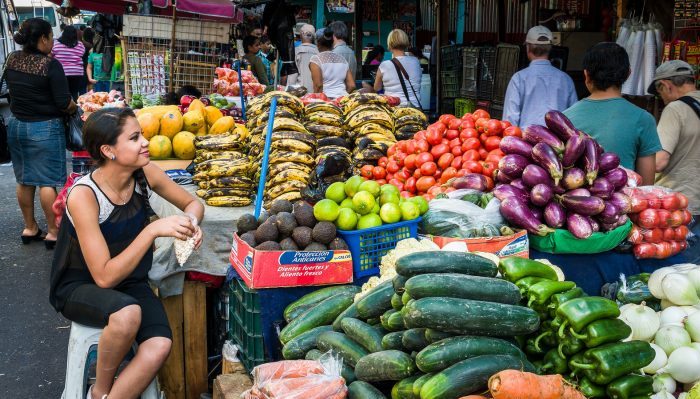 That means that English and Creole aren’t spoken and that calypso/reggae vibe doesn’t exist. For people traveling through the region, this one factor distinguishes El Salvador from the other countries.

The language here is Spanish. There’s a tiny minority of people who still speak the native Pipil language. But that minority accounts for something like one percent of the population. Pipil speakers nowadays in El Salvador are elderly for the most part. 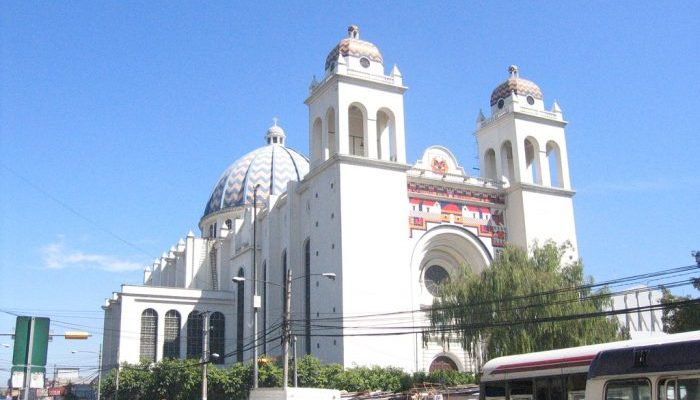 The church has played a big role in El Salvador’s history. It was an instrumental mediator during the negotiations to end the civil way of the 1980s. One of El Salvador’s heroes and most famous sons is the Archbishop Oscar Romero. The government assassinated him while saying mass in 1980 for speaking out against repression. Many families, regardless of how devout Catholics they are, have a picture of Archbishop Romero on a wall somewhere in their homes.

Another reminder of El Salvador’s strong Latin roots is its affiliation for soccer. Like most of Central America, El Salvador is football crazy. San Salvador’s Estadio Cuscatlan – with a 45,000 capacity – is the largest soccer stadium in Central America. It fills up on a regular basis for both club games and international matches. 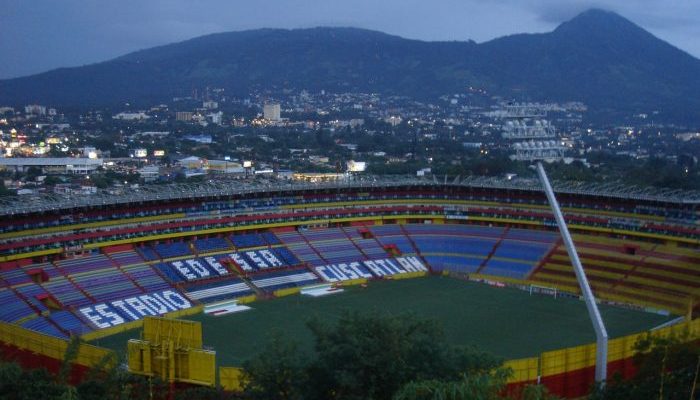 A brief skirmish with Honduras in the late 1960s was called “the Football War” after El Salvador beat Honduras 3-0 in a World Cup qualifier. The causes of the war were not about soccer, but the incident serves as a reminder of the passion generated by the sport.

El Salvador is also blessed with some of the best surfing beaches in the world. Nowhere in the country is that far away from the beach. El Salvador’s surfers are able to compete with the best of the best in international competitions.

When it comes to music, Salvadoreños, like Latinos everywhere, love to dance. Cumbria and salsa are often heard blasting from homes. There is also a vibrant rock scene in San Salvador with many local bands. Salvadoran hip hop is also popular. The hip hop scene has exploded in recent years as many Salvadoreños have arrived back into the country from the US.

Unlike other Central American countries, genres such as reggaeton and reggae are generally looked down upon and are not popular.

El Salvador also has quite a popular folk music scene. The xylophone is the national instrument and these things are heard all over the country. 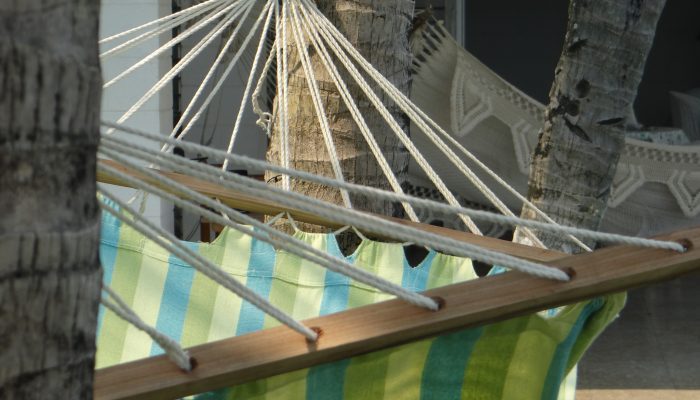 All countries in Central America make hammocks. But El Salvador is the best. An old nickname for El Salvador is the “Land of the Hammocks”. This is due to the propensity for earthquakes in the region (think rocking like a hammock) and for the quality of the hammocks themselves. More than any other country in the region, the hammock is a source of national pride and more or less every single family owns at least one.

Like the rest of Central America, El Salvador’s cuisine is based on a hybrid of native, corn-based fare, and European influence.

For foodies, it’s fair to say that the cuisine of the region doesn’t set the world alight. That goes for El Salvador as much as for its neighboring countries.

But El Salvador does have something quite unique to its shores. Something that it has managed to export to the rest of the world as its diaspora spread. That something is the humble pupusa. 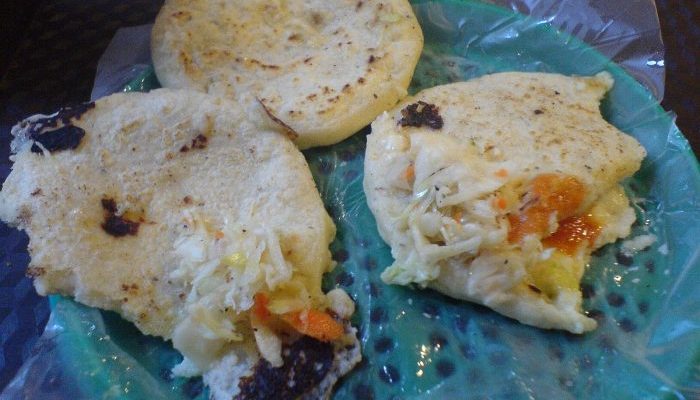 Pupusas are about the most Central American dish one can think of. And yet they are uniquely Salvadoran at the same time. Corn tortillas stuffed with cheese, pork, and beans, they are delicious. And they’re as easy to eat on the street as in a restaurant or a home. In El Salvador, they often come served with a bowl of a hot, tomato-based sauce that you can dip your pupusa in.

Putting the pupusa aside, Salvadoran cuisine is not a great deal different to elsewhere in the region. It’s not a country for vegetarians, with beef dishes popular. Seafood is also available throughout the country, as is chicken. Any of these dishes will come served with yuca, either fried or boiled. Soups are also a big part of the Salvadoran diet. 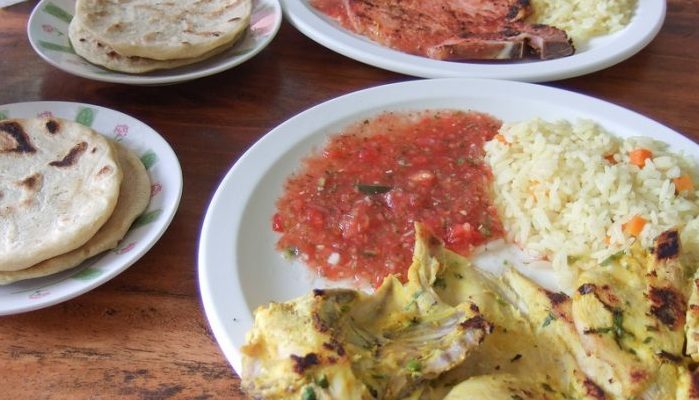 They love their beer in El Salvador, too.

Pilsener and Suprema are the two most popular brews. San Salvador is also home to a flourishing craft beer scene, which could be the most developed in Central America.

The national liquor is Tick Tack. It’s made from sugar cane, like other native liquors in the region.

The importance of coffee should not be missed either in El Salvador. Coffee, after all, was what built the country in the first place. Salvadoran coffee is among the best in the world.