An Expat Ode To Leon, Nicaragua

David Flynn lives in the colonial city of Leon, Nicaragua. In this ode, he offers a snapshot of life in his hometown, and he thinks you will love it too.

A horse, pulling an empty dray, clip-clops on paving stones as it passes the old Pulperia La Tacha in San Felipe, on the north side of Leon, Nicaragua. 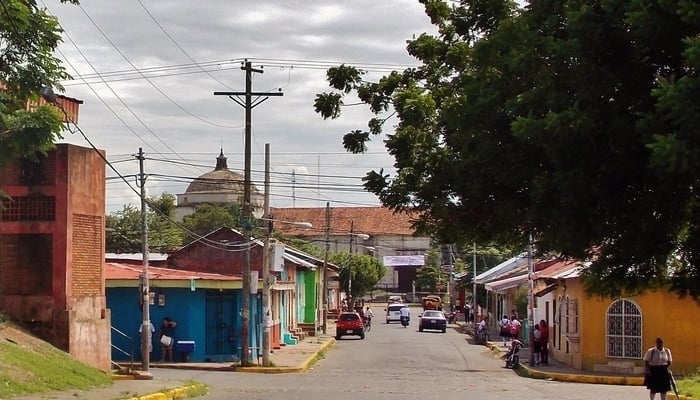 My rooms are 50 rods to the north of what was once the biggest little corner store in San Felipe, an old neighborhood of colonial homes, dirt floor abodes, and the well-furnished homes of Leon’s middle classes.

The corner store is now a ruin of cracked, exposed adobe walls lurking behind stucco painted with faded advertising from long ago. The old wall tumbles into a pile of brown, dusty rubble.

The church dates back over 320 years, a hulking grey lady overlooking a quiet park and neighborhood funeral home blocks from La Tacha.

The street running past La Tacha is Avenida Central though no one calls it that. It bisects my neighborhood and runs north from the cathedral, a UNESCO World Heritage Site. 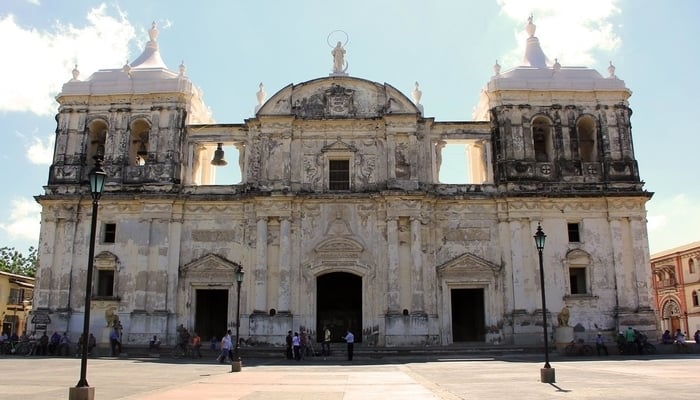 This stone-paved street is old too. Some say over 400 years old, built when the Spanish moved the city to its present location in 1610.

In San Felipe, there are no high rises, no stoplights, no traffic, and no late night places. Just quiet, dusty, stone streets, old colonial houses with textured adobe walls and tiled rooftops.

After a day’s unrelenting heat, Leon comes to life in the cooler hours of the early evening.

Families, friends, lovers, neighbors, and visitors come out of their homes to take the air and sit on rocking chairs. They gossip, watch their kids and grandkids, play the national card game of desmoche, or joke in the dusk breeze. 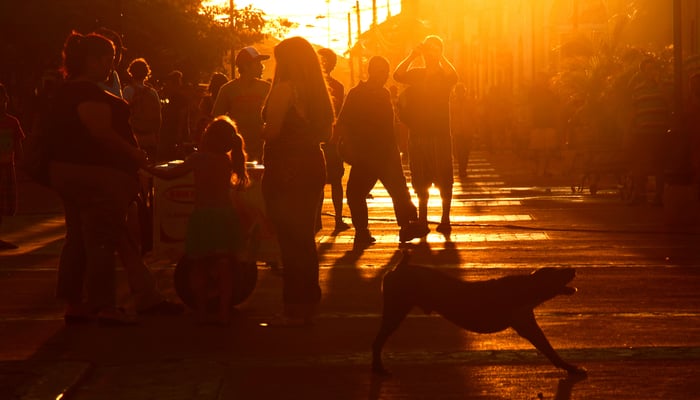 Food abounds in the form of fritangas: meats and chicken grilled and served with plantains and the national dish, gallo pinto. When smoke chokes the streets and sidewalks, you know it’s dinner time.

A fritanga dinner costs about 100 córdobas or less ($3-$4) and provides a filling meal.

The sounds of San Felipe are like any other neighborhood in Leon or any other city in Nicaragua.

Besides the horses making their way back to the mercado la estación, a tortilla vendor plies his trade.

Elsewhere dogs bark, the sound of a bat on ball cracks in the air, a fruit seller chants her selection: mangos, papayas, bananas, granadilla.

It’s no wonder I stopped cooking when I moved to Leon.

A city of poets and the final resting place of national hero Rubén Darío, Leon is the intellectual heart of Nicaragua. 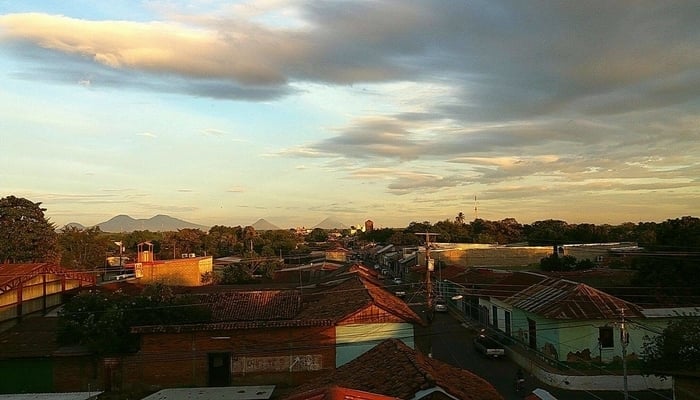 A bastion of liberalism for years, it was here the first sparks of the Sandinista revolution flew in 1979.

Leoneses are proud of their history. They are warm and friendly with a tendency towards quirkiness.

Leon seduced me in 2016 and I made my move to San Felipe where the proximity of two important landmarks attracted me. 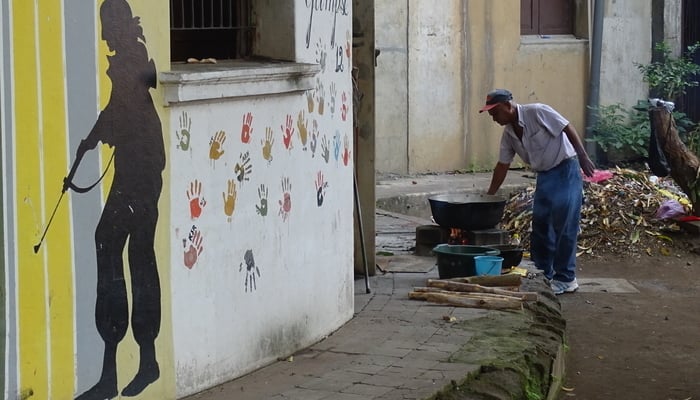 Parque Central to the south, the cultural heart of the city, and the Heroes and Martyrs stadium to the north.

Parque Central sits in front of the Cathedral. It hosts a cultural explosion every weekend with dancing, concerts, opera, theatre, and beauty pageants. The Heroes and Martyrs stadium is where the local heroes, the Leones de Leon, take to the diamond in the professional baseball league.

Baseball is the national sport of Nicaragua.  Games are like religious experiences mixed with fervor, love, frustration, hot dogs and cold Toña beers. 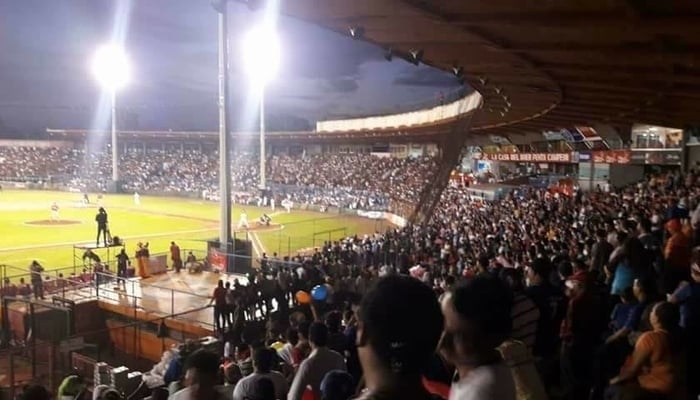 A victory ignites street parties around the stadium and the city.

Kids run about laughing, their parents sip cans of Toña, smoke wafts from the food vendors, and bike taxis cue up to take folks home.

And fireworks, always the fireworks.

They make the sound I most associate with my neighborhood San Felipe but are not exclusive to it. Fireworks are a nightly occurrence all over León, resonating every evening.

Bottle rockets, firecrackers, and bombazos thunder and crackle. They puncture the night and sometimes even the dawn, always celebrating a saint, a poet, a holiday, a team victory, or a revolutionary hero.

I often think of my neighborhood when I’m traveling. 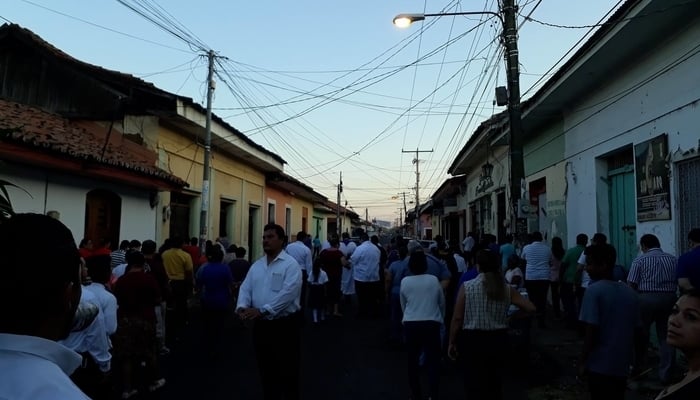 San Felipe has much to make you feel good: quaint horses, an old church, food smells, and neighbors who see my camera and yell “foto, foto, foto!”.

But it’s the sound of the fireworks that make me remember I’m home.

If you’re interested in exploring the fascinating city of Leon, Nicaragua, contact Nicaragua Vacations via email or telephone (1-866-347-4012).

David Flynn is a cultural photographer from Austin, Texas with degrees in Latin American studies and journalism. He lives in Leon, Nicaragua and his work can be discovered on his Flynn’s Fotos site. 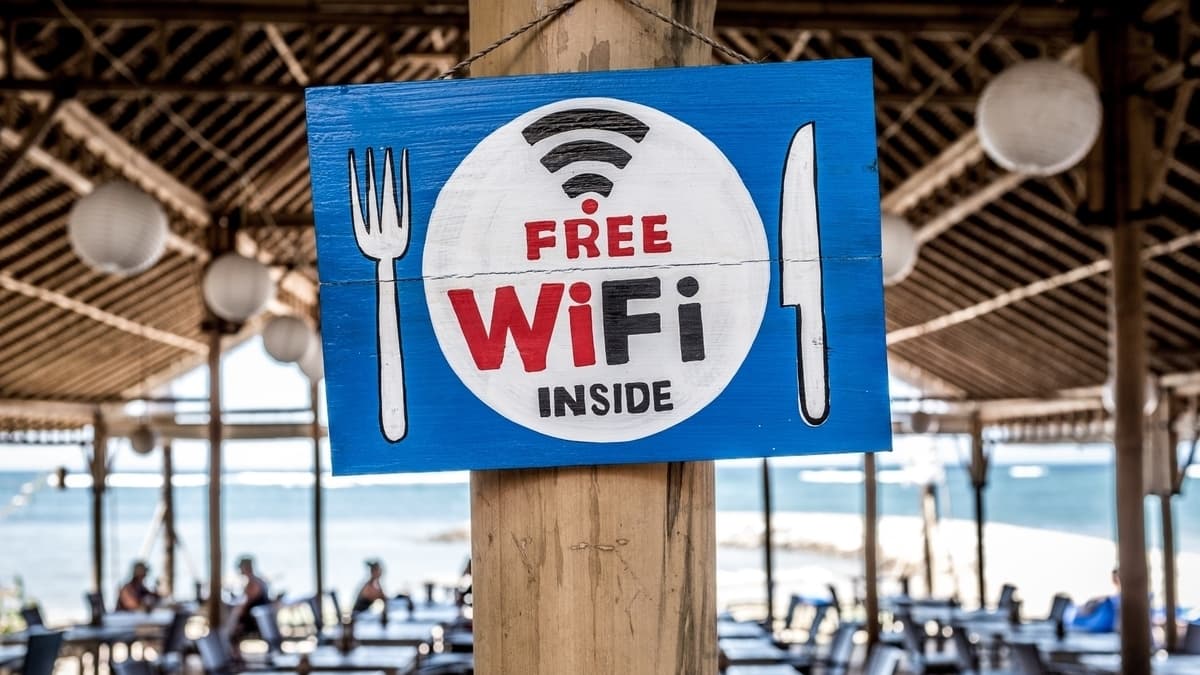